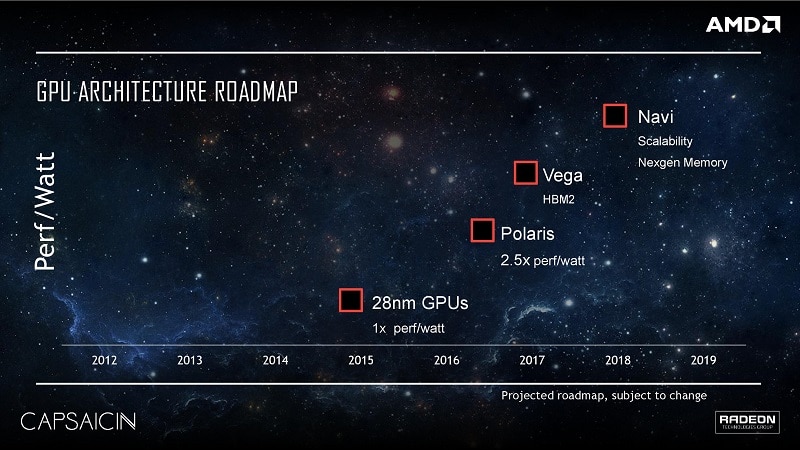 One of the signs that AMD and Nvidia are working on new unreleased GPUs is when references to these cards pop up in their drivers. Historically, these leaks have proven quite reliable and have shed quite a bit of light on new products. After announcing that Vega 10 has reached a major milestone, AMD OpenCL drivers have revealed the existence of the Vega 10 as well as the Vega 11 and Greenland as well.

As we know from previous experience, being listed in the driver usually means that card will arrive in the near future as it is already being tested with the latest drivers. This suggests that Vega 10 will be ready for release either later 2016 or early 2017 as AMD’s own roadmaps have shown us. It also means that Vega 11 and Greenland are likely to follow Vega 10 closely as well, perhaps within a month.

The separate listing for Greenland also means that Vega 10 won’t be Greenland as some rumours have suggested. Instead, we may be seeing an iGPU. perhaps for the monstrous APUs with HBM2 AMD is reportedly planning.

Lastly, HBM2 from SK Hynix is also set to reach mass market availability later this year. This will be the perfect time for Vega 10 and Vega 11 as both are set to use HBM2. So far, only the new Nvidia Tesla GP100 uses HBM2 from Samsung in limited numbers. Hopefully, we’ll see some GTX 1070 and GTX 1080 competition sooner rather than later.