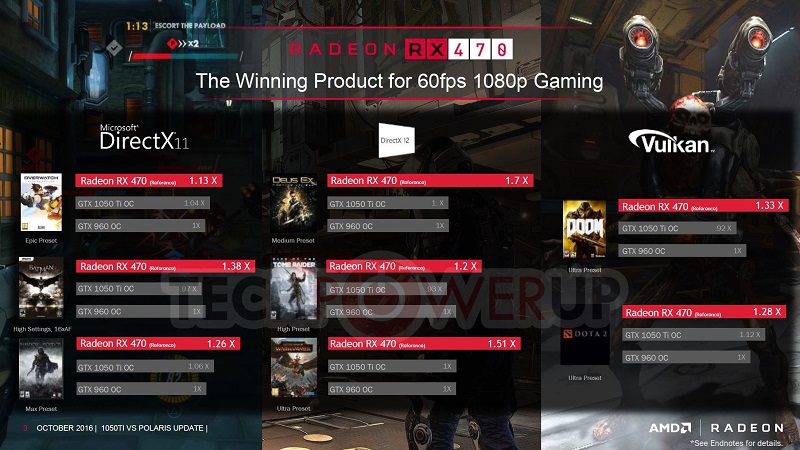 Announced earlier in the week, Nvidia;s new GTX 1050 Ti and GTX 1050 are set to take the fight to AMD’s budget offerings. Ahead of availability next week on October 25th, AMD has taken some steps to make their offerings more enticing. In the latest move, AMD has released a full-fledged press briefing with slides to detail why their RX 470 is the superior option.

To start if off, AMD is focusing on 60FPS 1080p performance which the RX 470 is able to deliver across a wider range of titles.AMD also focused in on FreeSync support and the ability to support Crossfire on the RX 470 while the GTX 1050 Ti can’t SLI. Of course, no presentation would be complete without mentioning the superior Asynchronous Compute the Radeon offers as well as DX12 support. Moving on, AMD also details how the RX 460 offers better value than its competition as well. 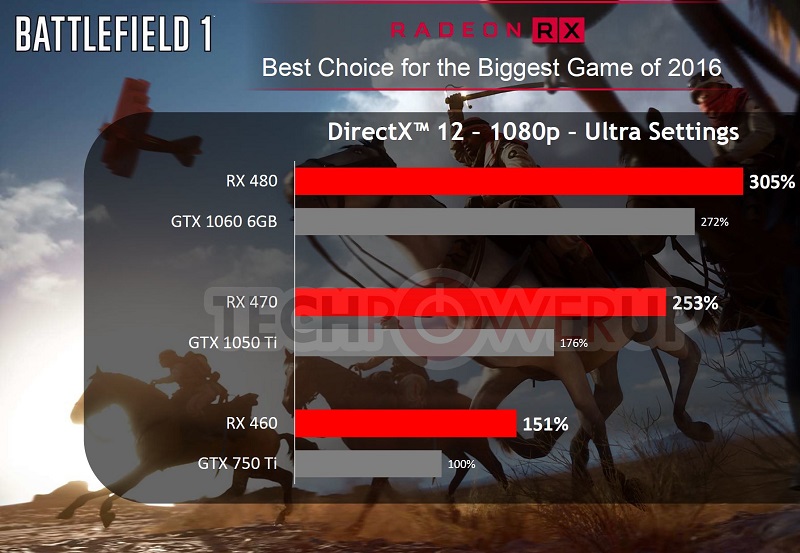 One title AMD focused on in particular, is Battlefield 1 and its performance. As expected, the RX 470 does dominate the GTX 1050 Ti, not a surprise given that the former is a slightly cut-down version of the RX 480 while the GTX 1050 Ti is just slightly more than half of the GTX 1060. To end off, AMD has a slide detailing where both sides stack up in terms of performance. Judging from the slide, it looks like AMD has a big gap between the RX 470 and RX 460. Hopefully, this may mean the RX 470D will be coming to other markets as well. 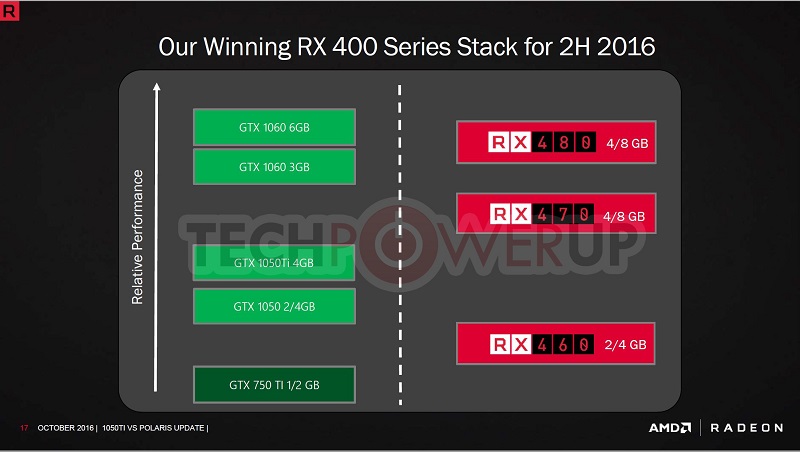 Given the price drop for the RX 470 and RX 460 and intense PR push, it looks like AMD is taking the GTX 1050 Ti and GXT 1050 launch very seriously. Without a high-end offering above the RX 480, AMD is reliant on the mainstream segment for their income, something Nvidia is now threatening. Until Vega launches, it looks like AMD will be stuck in this precarious position.