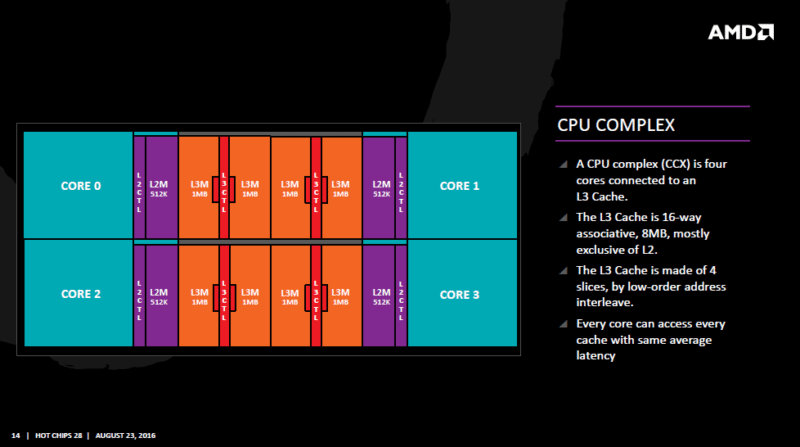 One of the measures for the cost of a CPU is the size of its die. With a smaller die size, it’s possible to stuff more onto a single silicon wafer and reduce the cost of each chip. During a presentation at International Solid State Circuits Conference, AMD has claimed that the Zen CPU cores are 10% smaller than the corresponding Skylake dies on the 14nm process. 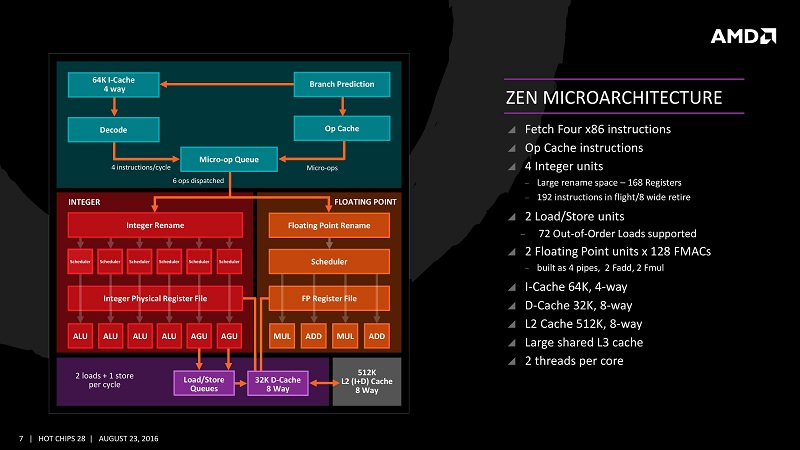 According to various reports and analysts including Intel engineers, Zen is clearly competitive but it remains to be seen how real world. Desktop Skylake currently comes in at about 49 mm^2 while AMD is claiming the 10% size reduction due to Zen coming in at 44 mm^2. The comparisons were done by comparing quad core Skylake with HyperThreading with quad core Zen with SMT enabled. Of course, these comparisons take out the cost of the iGPU which gives AMD an even larger advantage as Ryzen won’t feature an iGPU. 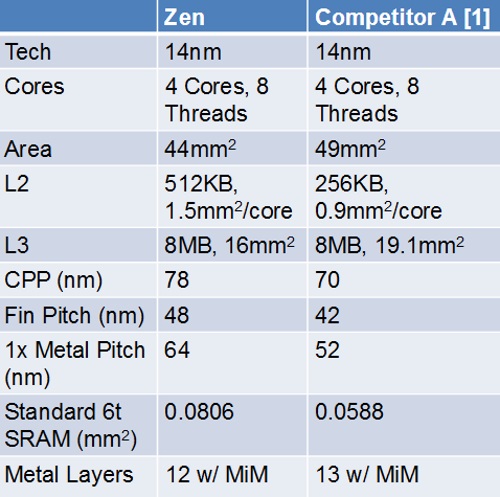 As Intel’s 14nm+ used in Kaby Lake features about the same density as the 14nm process in Skylake, AMD likely still maintains the lead. Given that the GlobalFoundries/Samsung 14nm process used for Zen is less dense than the Intel counterpart, AMD has done a lot of good work shrinking down the architectural footprint. Some of the improvements such as the shrinking of L2 and L3 die space and their new high-density libraries comes from the GPU side of things which are finally bearing fruit. 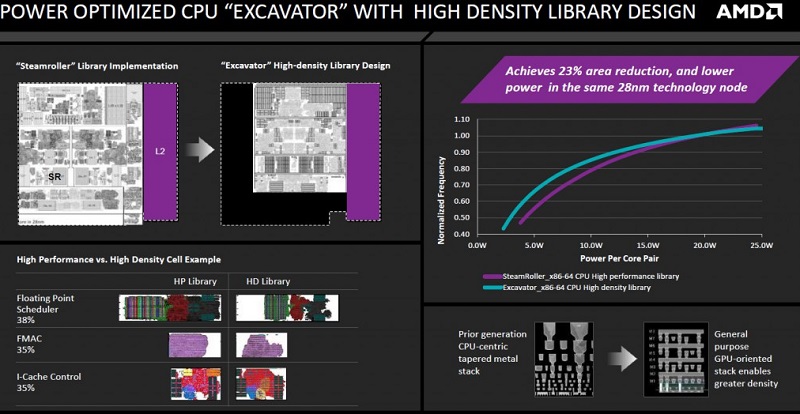 While AMD’s APU lineup has progressed with new ways to shrink the die size down, the CPU lineup has been largely stagnant. With Bulldozer/Piledriver, AMD featured a 50% larger die than Sandy Bridge and nearly 3x larger than Skylake and still had lower performance. With a 10% smaller die, Zen should allow for much better margins and allow more room for competitive pricing and offers comparable performance to boot. Either way, AMD has managed to achieve a dramatic improvement over their current CPU lineup and hopefully, this improvement will carry over into their financials as well.