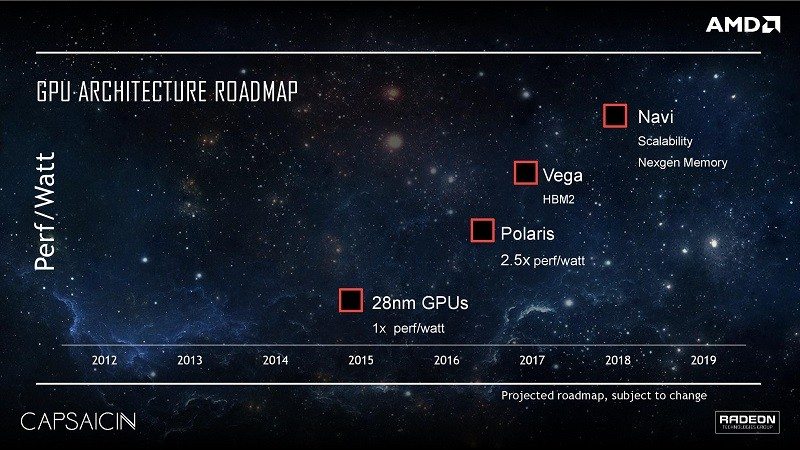 AMD’s current standing in the discrete graphics sector isn’t ideal and there’s catching up to do to become more competitive. However, the company did make gains in the last financial assessment which bodes well for the future. According to a new report from Digitimes, AMD is highly likely to have a better foothold in the GPU market due to upcoming products based on the Polaris architecture:

“Although AMD’s GPU product types and shipments are both far higher than those of Nvidia, AMD is only seeing thin profits from product lines such as semi-custom and APU products, while its discrete graphics card business has been seriously suppressed by Nvidia. However, in 2016, with better control in graphics technology standards and a product schedule that catches up with competitors, Digitimes Research believes AMD will be able to gain market share from Nvidia.”

Of course, this isn’t a shocking revelation and common sense suggests this AMD’s new architecture will result in large sales numbers. Nvidia will try to counteract this with their own range so it will be interesting to see how the market share figures look a few months after both lineups are released. Hopefully, AMD can make significant gains because it would undoubtedly drive innovation and help them to secure a more financially stable position. 2016 is a huge year for AMD with both Polaris and Zen on the horizon. If the products are up to standard, then I see no reason why the company can’t regain a large portion of the CPU and discrete GPU market.