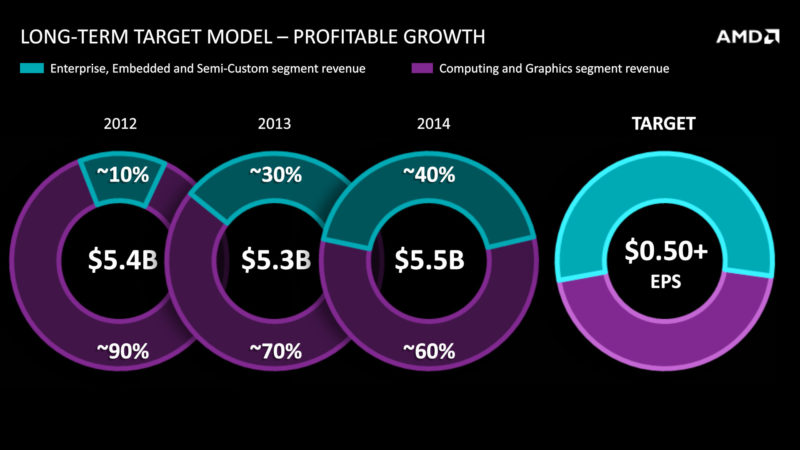 AMD’s financial results have been rather poor for a considerable amount of time and raised questions about potential takeover talks and the company’s long-term monetary strategy. Over the past year or so, AMD has been working incredibly hard to engineer new solutions and set a framework for the foreseeable future. Thankfully, this sensible policy is beginning to pay dividends and AMD’s financial results for Q3 2016 are better than expected. More specifically, AMD posted a revenue of $1.307 million which is an increase of 27% sequentially and 23% year-over-year. The Computing and Graphics portion revenue amassed $472 million, up by 9% from Q2 2016. Of course, this is down to Polaris being available to the public and targeting a mainstream price point.

On another note, AMD’s Enterprise, Embedded and Semi-Custom segment made $835 million, which is a hefty 41% sequential boost due to the impressive sales of SoCs, found in the Xbox One and PlayStation 4. Sadly, the Computing and Graphics division wasn’t able to be profitable although the operating loss reduced from $81 million in Q2 2016 to $66 million this quarter. Another important element to take into consideration is the company’s amendment for Wafer Supply Agreement with GLOBALFOUNDRIES which resulted in a $340 million fee. Here we can see the non-GAAP results in full:

Despite AMD’s stock declining 2%, I think the results are promising given the previous troubles.