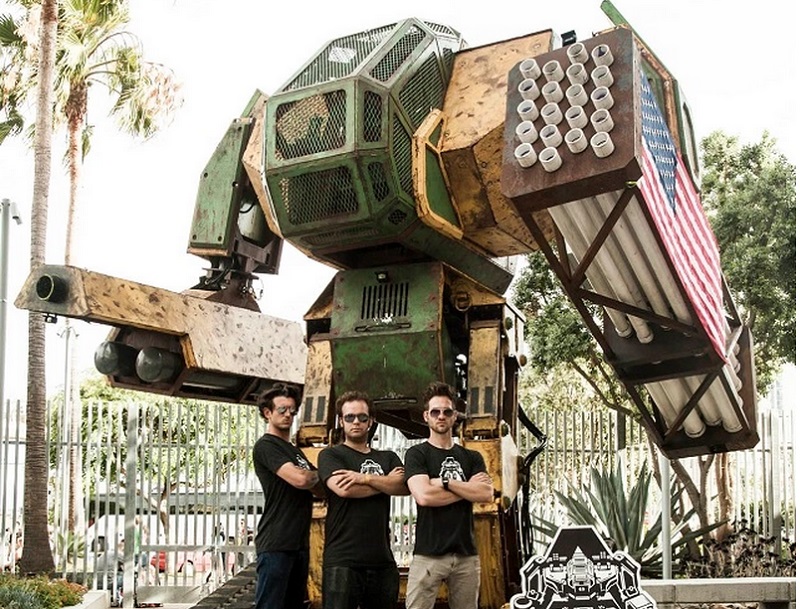 Let’s take a minute to remember back to the days of sitting in front of the TV watching insane robots mutilate each other in an arena full of deadly traps. Now fast forward to 2015 and our love for robots has grown, which has resulted in movies such as Real Steel and mechs introduced into games such as Call of duty. So what about real life? Well nothing interesting really, apart from a massive grudge match being ignited online thanks to American and Japan building mechs for whatever reason.

Sources have gone quiet lately, but it has surfaced that America has started a crowd-funding campaign to raise $500,000 to help finish and upgrade the robot. But why would you want to donate your hard earned cash to help build something that will probably get smashed like a bug? “Because we’re going to make history, and it will be the most patriotic dollars that they can spend in 2015,” Brinkley Warren, a co-founder, told Ars with pride.

At the time of writing, the campaign has reached over $261,000 with 28 days to go. All is not lost, however, the founders has given a long term goal plan in case funds reached up to $1.5 million; which will end up ranging from high-performance track bases for ultimate speed and eevn a Hollywood paint job. Funnily enough, a life safety system only comes in at $1.25 million, which means moving fast is more important than safety #Murica!

Now a Kickstarter campaign wouldn’t be worth entering if there wasn’t something for the donator. The basic $5 gets you a mutual online handshake, but the best donation of $10,000 allows you to join the pit crew at the fight and be hands on. Personally if I had the spare cash, I would donate $5,000 and punch a Prius.

Who do you think will win? America with brute force or Japan with engineering marvels? Are you going to donate? Let us know in the comments.

Thank you to ArsTechnica for providing us with this information