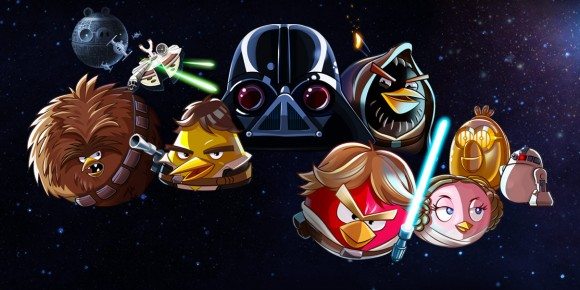 Angry Birds Star Wars has been launched. You can now download the latest episode of this gaming phenomenon for iOS, Android, Windows Phone, Kindle Fire, Mac OS X, PC and Windows 8. What is the new twist to the franchise? The Angry Birds are now cartoon bird and pig caricatures blending in the features of your favourite Star Wars heroes and villains.

The game features birds that look like Luke Skywalker, Han Solo, Princess Leia and Chewbacca, R2D2 and C3PO and pigs lookalikes of Darth Vader, Stormtroopers and so on.