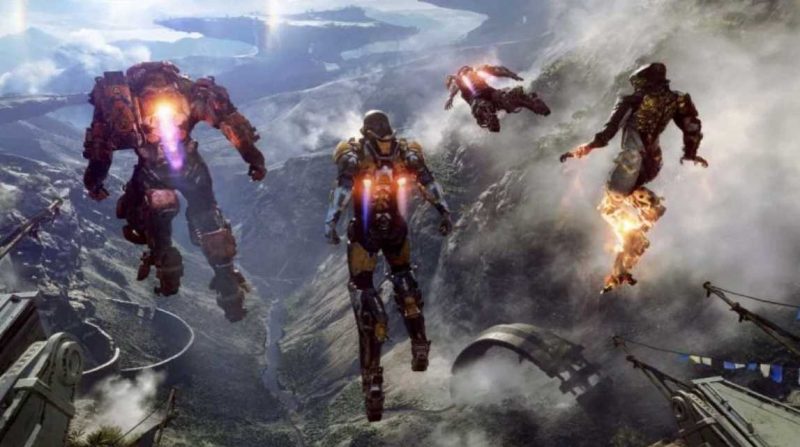 Without a doubt, the Anthem E3 Demo was pretty darn impressive. Of course, E3 Demos usually are quite a spectacle, but let’s hope some of that extra shine makes it through to the retail version. We can only hope. Visually, it was impressive, but that level of fidelity doesn’t come cheap. Bioware’s Mark Harrah said the game was running at a constant 60 FPS while also running at 4K.

Two of the most prestigious figures in gaming today, 4K resolution for stunning detail and 60 FPS for smooth gameplay. However, as Mark confirmed, the game was running on a pair of Nvidia GeForce GTX 1080 Ti graphics cards. That’s a lot of power, and certainly not cheap. This would hint that the game has SLI support at launch. However, that’s not always the case with these demo builds.

Nvidia is set to launch a new range of GPUs very soon. Will we see those performance figures on a single card one the game has been optimised? We can only hope, as dual high-end GPUs are well out of the reach of many consumers.

We will be optimizing right up until ship https://t.co/P4ODZaQPbX

With BIOWARE set to release Anthem on the 22nd of February 2019, there’s still plenty of tinkering time. By then, we’ll have new GPUs from Nvidia, perhaps even from AMD too. Until then, let’s watch the E3 trailer just one more time!