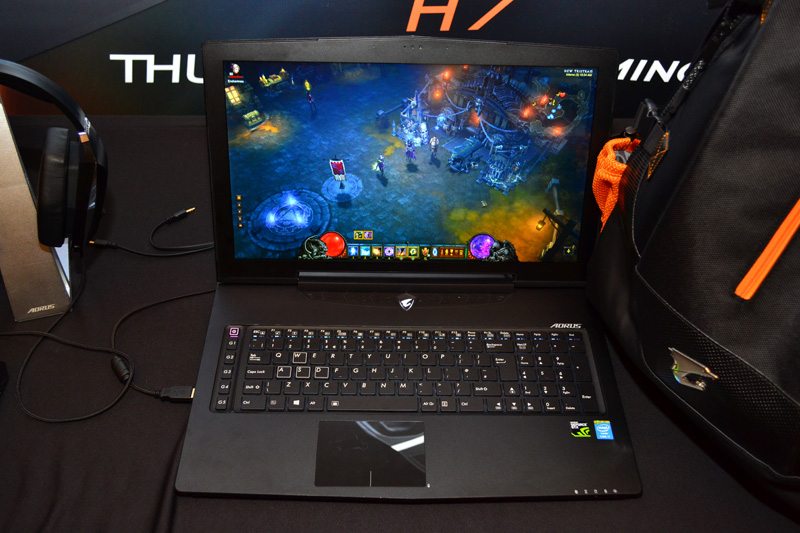 CES 2014, we stopped by the Aorus suite to check out their latest range of devices that will be hitting the market throughout 2014 and to start things off with a bang we have this truly incredible gaming laptop, the 17″ equipped X7. It weighs just over six pounds, is just under an inch thick and packs enough tech to be legally classed as a tardis! Under the hood you’ll find a Haswell i7, and not one, but TWO Nvidia GeForce GTX 765M GDDR5 equipped 4GB graphics cards, two! Add to that the option for a pair of 512GB SSD’s which can be set in Raid configuration and then a massive 1TB hard drive for extra storage. Not to be out done the system can also be fitted with 32GB of DDR3 RAM, has five USB ports, HDMI, Bluetooth 4.0 and a 1920 x 1080 display… so, much, want. Price is unknown, but expect it to be as extravagant as the specifications. 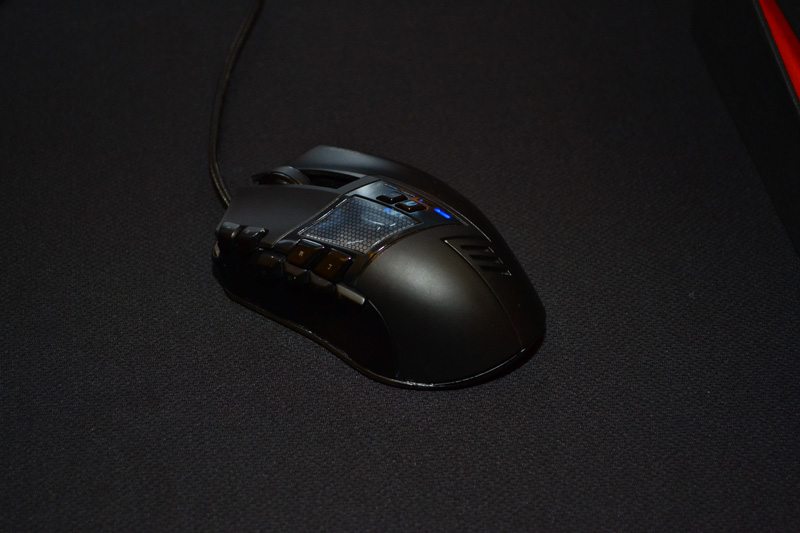 Next up we have their Thunder M7 gaming mouse, a strange looking beast to say the least. Packing 16 customisable buttons, RGB lighting, 8600DPI sensor and a design that’s based on a race car, you can even see what looks like a V8 engine inside it through the clear plastic panels, very cool indeed. 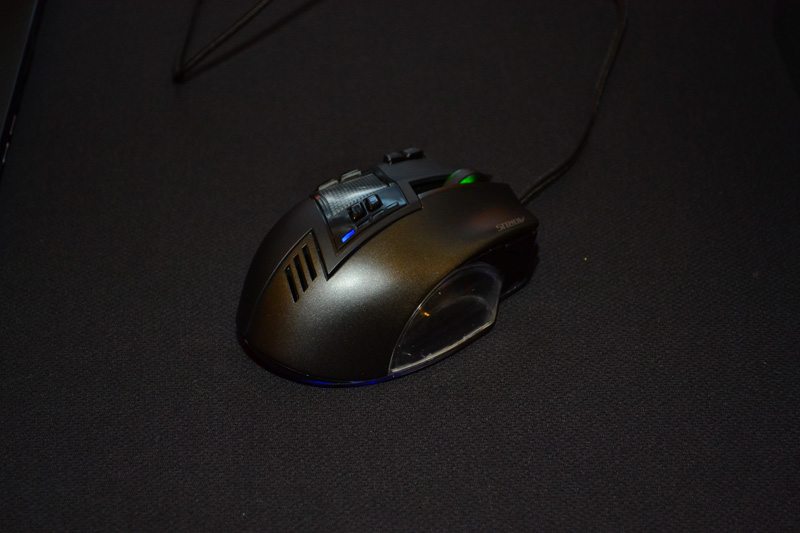 Next up we have the Thunder keyboard, packed full of features that really set it apart from the crowd. The number pad and wrist rest quickly snap into place thanks to great use of magnets, allowing you to reconfigure the keyboard in mere seconds. Take the number pad off with a quick tug and you can snap it to the other side of the keyboard, it immediately pairs up, lights up and starts working, meaning you can use it as either a number pad on the right, or a huge bay of macro keys on the left. It’s fully back lit, comes with dedicated media controls and features a choice of mechanical key types. 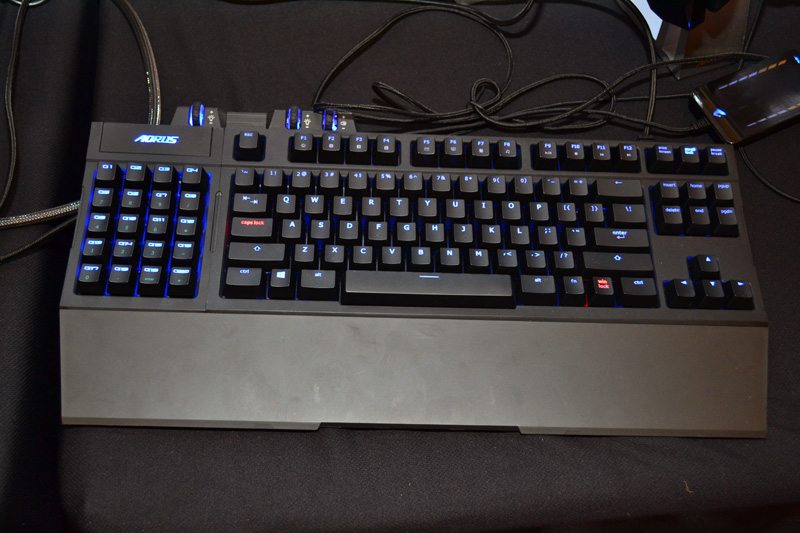 Finally we have the Thunder H7, a true 5.1 gaming headset with tall ear cups, a super comfortable fit and a back lit touch panel in-line controller. In short, the new Thunder line up peripherals are what we think will be some of the best 2014 has to offer. 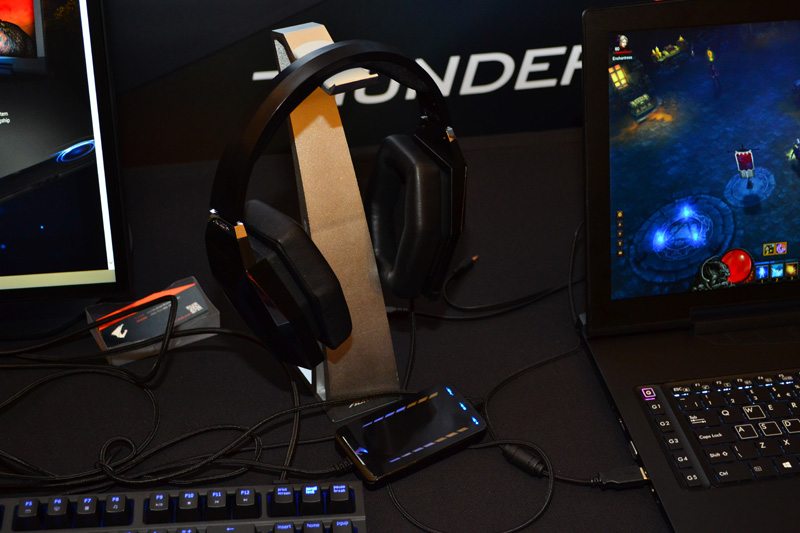 That’s all from Aorus at CEs 2014 and while we can’t wait to test out these peripherals in our reviews later in the year, more than anything else we really want to put their gaming laptop through its paces.