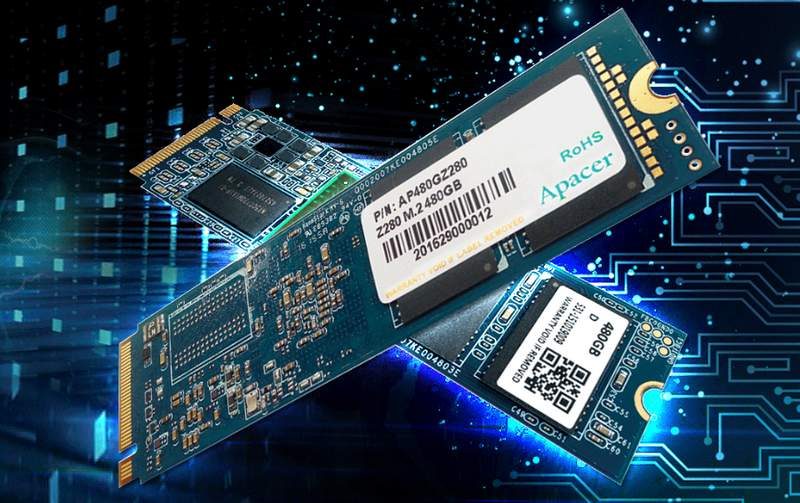 Apacer is announcing the availability of their new Z280 M.2 PCIe Gen 3.0 x4 NVMe SSD in the UK. You can actually read the review here at eTeknix from last year. It is available in 120GB, 240GB and 480GB capacities, utilizing a Phison PS5007-11 controller with MLC NAND.  Users can expect up to 2,750MB/s sustained read and up to 1,500MB/s sustained write performance on the 480GB model. Not that the 120GB version is that much slower, it is still respectable at 2,300/1,450MB/s sustained read/write. The drives have a Mean-time Before Failure of 2,000,000 hours and has a three year warranty coverage.

While many are familiar with SATA SSDs, M.2 drives are becoming much better alternative to some. This is due to the abundance of modern motherboards supporting M.2 drives natively. Plus, there is also a proliferation of more affordable M.2 drives in the market. More importantly however, it is because M.2 NVMe drives utilizing PCIe interface provides significantly better performance than even SATA drives in RAID 0.