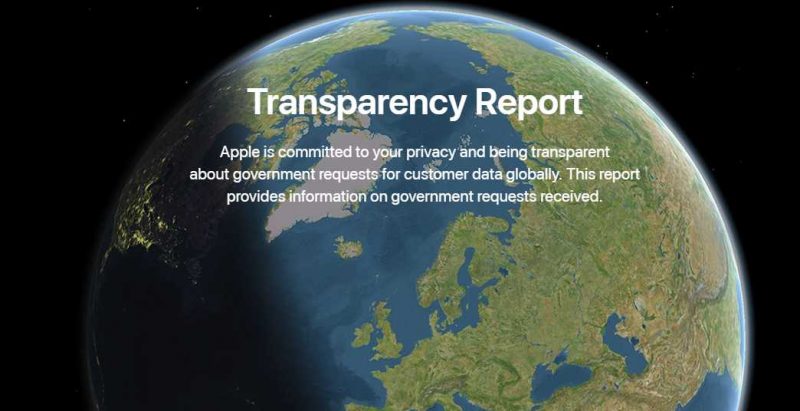 Over the last year, one of the biggest issues in the online tech work has been the way in which companies share the data it holds about us. This is, of course, primarily focusing on Facebook who, of course, had the Cambridge Analytica scandal and more recently revealed that they were openly sharing our data with other ‘big tech’ firms.

It seems, however, that Apple is taking a very proactive step to at least be more open in this regard. Following the launch of a new website, Apple has launched their ‘Transparency Report’. A website designed to show where all data requests made to the company have originated from.

The website, which will be updated biannually, will reveal all data requests based on the specific countries around the world. From there, users can click on that specific country to see exactly who the request came from. For example, a quick check of the UK report can show me within a few clicks that 173 data requests were made to Apple for ’emergency’ reasons.

In truth? I love it. I can not think of an instance before where a company has made so much information (that is so clearly relevant to its users) so freely available. It doesn’t, admittedly, tell us anything specific about ourselves. It does, however, show that the company is at least being conscious of just what a contentious subject this currently is.

You can visit the official Apple Transparency Report website via the link here!

What do you think? Are you impressed with the report? – Let us know in the comments!