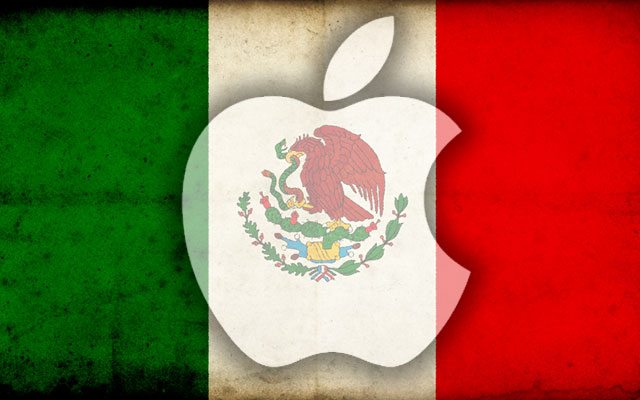 Apple is having a tough time retaining (or even acquiring) its iPhone trademark in several countries. The defeat it received in Brazil to Gradiente Electronics was the most recent blow to Apple until it suffered another loss in Mexico. Some will call it Karma and some will call it unfair but either way there have been some quick-to-act companies out there that secured the iPhone trademark in their respective countries before Apple could.

The story in Mexico is of a local tech company who secured the trademark for “iFone” for a telecommunications service. In 2009 Apple tried to register the iPhone trademark in Mexico and it was told by the Mexican Industrial Property Institute that the name was already being used. In an attempt to win back the iPhone trademark Apple filed an appeal and argued that iFone was not making adequate use of the iPhone trademark. In telling the appeal panel that the trademark is not being used adequately Apple hoped it would be repealed and reallocated to themselves. However, the court handling the case found that the company using the iFone trademark had been making good use of it since 2003 – four years before the first Apple iPhone was even launched anywhere in the world and way before Mexico even saw the first Apple iPhone.

The irony now is that since Apple have lost the case, which in my opinion is a fair outcome given the evidence, they are now subject to a litigation from the company holding the iFone trademark for compensation for rights violations. They are looking for at least 40% of all iPhone sales revenues from Mexico and the company says it didn’t even intend to do this but Apple forced them into it by starting litigation first back in 2009.

Apple’s situtation in Mexico is strange because the company with the iFone trademark do not actually sell a physical product, but an intangible telecommunications service. While the iPhone trademark dispute in Brazil is on its way to being settled as Apple looks to compensate Gradiente Electronics in return for being able to sell its iPhone products in Brazil. And if that all wasn’t bad (or just?) enough for Apple then the lawsuit against their iPad 3 is another blow for the company. This particular case states Apple’s release of the iPad 4 just a few months after the iPad 3 was planned obsolescence by the company and that Apple should compensate all Brazilians who bought the iPad 3 only to find it obsolete shortly after. If Apple loses this case the compensation claims could be highly expensive. In fact you wonder after all this trouble if it is even worth Apple bothering with some select markets.

What do you think about Apple’s situation in Mexico? Is it fair? Is it karma/revenge? Or is it just stupidity on the behalf of the Mexican Industrial Property institute? Let us know what you think!