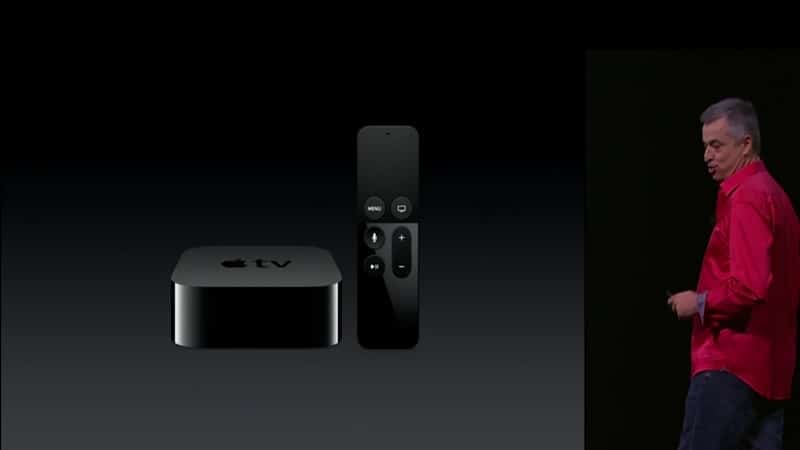 Apple has unveiled the highly-anticipated updated to the Apple TV and described it as “the future of Television”. According to Apple, Apps are paramount to modernizing TV and offering consumers a huge range of content through multiple providers such as Netflix and Amazon Instant Video. With the latest Apple TV, you can use the Siri remote which supports voice commands to search your entire library of Apps and not just within each program. If you use lots of video streaming services, then this could be a real time-saver. Although the voice recognition isn’t anything new considering Amazon’s Fire HD set-top box already includes this feature.

Another interesting announcement revolves around the new, dedicated operating system for the large screen called TVOS. Rather surprisingly, Guitar Hero is coming to Apple TV and Apple appears to be cashing-in on the mobile gaming market. Although, don’t expect too many mainstream console or PC games. A rather strange demonstration involved the extremely successful indie games, Crossy Road, and the developer appeared on stage to announce an exclusive Mulitplayer mode to iOS devices.

Other games coming to Apple TV include Disney Infinity, and a new title from the creators of Rock Band. Beat Sports combines music and motion controls using the Apple TV remote. Instead of playing notes, you have to move the main character and swing a baseball bat in time with the rhythm. 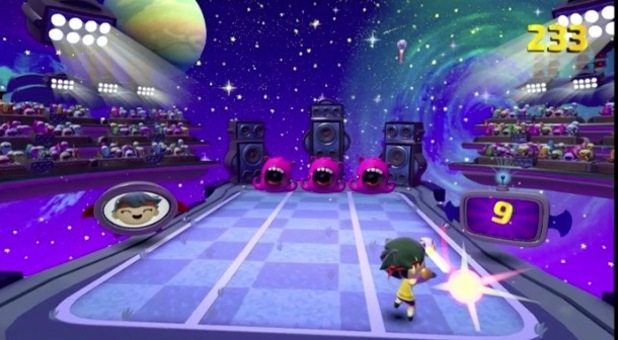 The Apple TV was used to broadcast a Major League Baseball game in 1080p at 60fps and allows for multi-game watching via split screen. Another neat feature, is the huge amount of optional data overlaid on the screen. In terms of specifications, the Apple TV employs Bluetooth 5.0 and a 64-bit A8 CPU. Interestingly, the Siri remote works in any direction and doesn’t have to face the sensor. The new Apple TV utilizes 802.11ac Wifi, and a decided Ethernet port for stable connections. Currently, the Apple TV is scheduled for release in October, and will come in two variants. The 32GB model wil cost $149 while the 64GB version retails for $199. 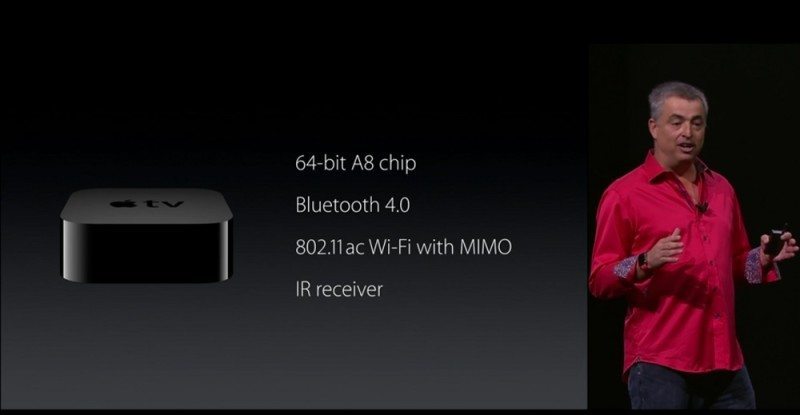