Are You Suffering From Oculus Face or Rift Rash? 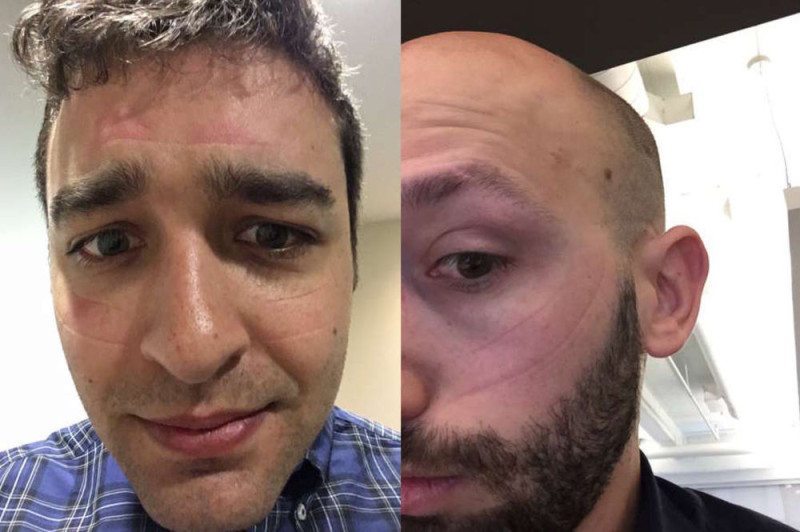 Gaming has been the spawn of many unique illnesses, such as trigger finger pain, bent thumbs from excessive controller use, and so much more. Now we’re moving forward and onto more modern gaming related illnesses with Oculus Face. Wearing a VR headset for extended periods of time isn’t as uncomfortable as it used to be, the headsets are lighter, more ergonomic and more comfortable in general. However, that doesn’t mean to say they’re not going to make a lasting impression; literally.

The Oculus headset started shipping into the hands of customers earlier this week and that means there are many people out there getting lost in the world of VR right now. The only downside, at least so far, is that the headset leaves temporary red marks on the face, being comically named “Oculus Face” or the even more silly “Rift Rash”, neither sound like something you would want, but they’re obviously pretty harmless anyway.

VR is cool, but it’s quite clear it doesn’t make you look too cool afterward. Hair screwed up, face all marked with red lines and sweat marks. Perhaps Google were onto something with their ergonomic and lightweight Glass designs after all. The foam padding is pretty comfortable from my own experiences, so it’s likely extended exposure that leads to these minor issues and I doubt it’ll be enough to put many of you off of a purchase any time soon.

The new walk of shame: Oculus face after a VR bender pic.twitter.com/N4OyOGGh6X