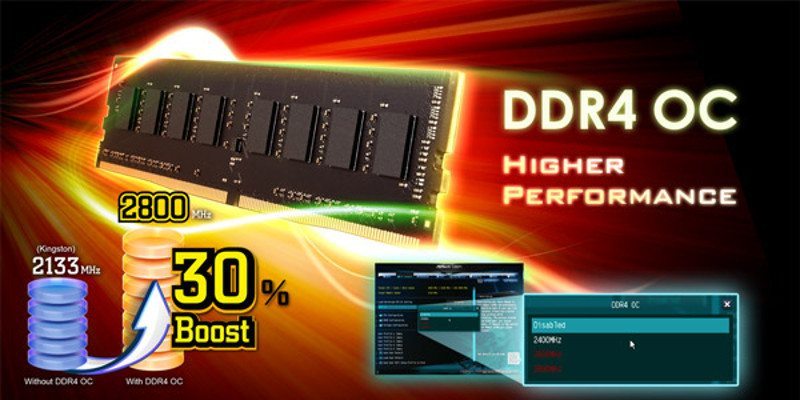 ASRock motherboards usually feature a twist of some sort, setting them apart from the rest. They had the overclocking feature for CPUs on the H87 and B85 non-Z motherboards and recently they added the memory overclocking easter egg to their Z170 Skylake motherboards that allow automatic overclocking of select memory modules. Now they are going one step further and have cracked the RAM overclocking limitations on the non-Z Skylake boards B150, H170, and H110.

The ASRock DDR4 OC feature appears in the UEFI BIOS when the user has installed certain memory modules such as those from Kingston or Samsung. This otherwise hidden feature allows you to overclock the memory frequency from 2133MHz to a max of 2800MHz – providing a 30% boost in clock speed. Intel normally doesn’t feature memory overclocking on anything but the top Z-line motherboards, but ASRock cracked this limitation and the feature is now also available on select ASRock H170, B150, and H110 motherboards. Test show that DDR4 Non-Z overclocking can deliver a 5% memory performance boost measure with SiSoftware Sandra memory benchmark on an ASRock B150 chipset motherboard. 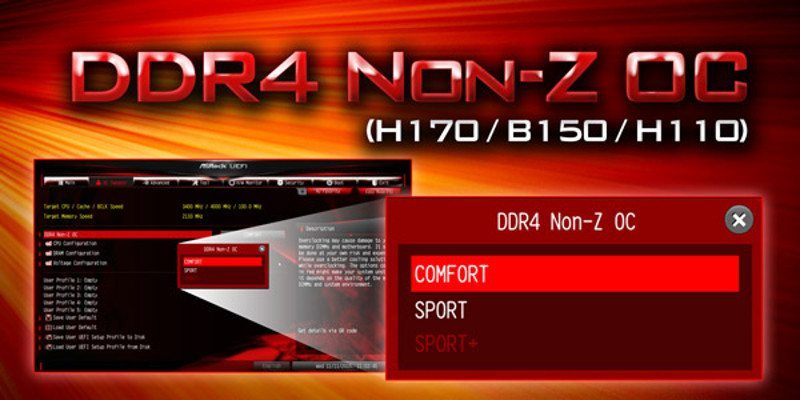 So with a hidden feature like this, how would you know when it is enabled or not. Well, the BIOS boot screen will not show a plain white ASRock icon anymore but instead one that has a coloured light effect added, making it easy to recognize.