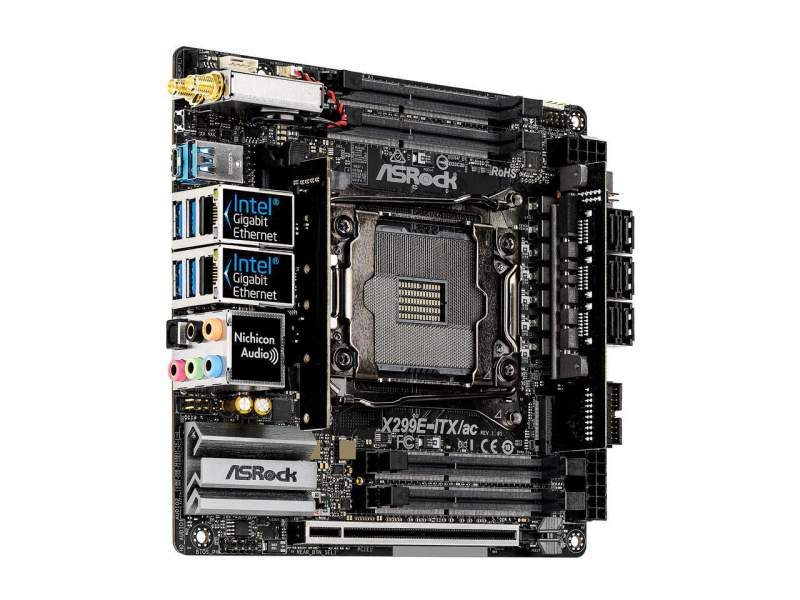 ASRock is not exactly shy in releasing motherboards with designs that other companies would never do. They even had a mini-ITX motherboard for the X99 chipset. Of course, it only makes sense that they will attempt to create on for the new X299 platform as well. The result is the new ASRock X299E-ITX/ac, and surprisingly, they are packing even more features on-board the small layout than ever before. 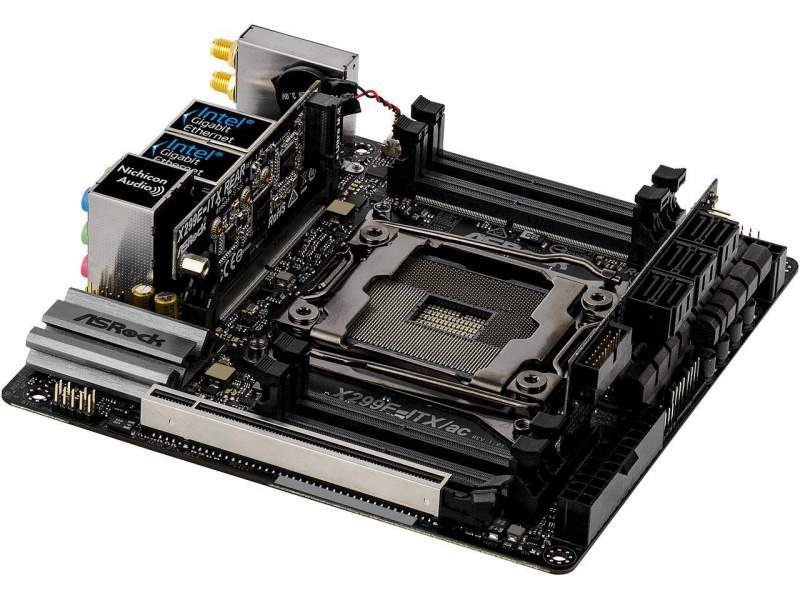 ASRock’s motherboard engineers opted to use SO-DIMM DDR4 to keep the quad-channel capability. Understandably, only one PCIe x16 slot for the graphics card is present, and daughterboards are used for extra space. The VRM for example is on a daughter board. The first Ultra M.2 slot is also on a daughterboard, vertically to the side of the socket. The motherboard even manages to fit six SATA 3 ports, a 19-pin USB 3.0 header, and a Wireless AC card (vertically along the IO of course). 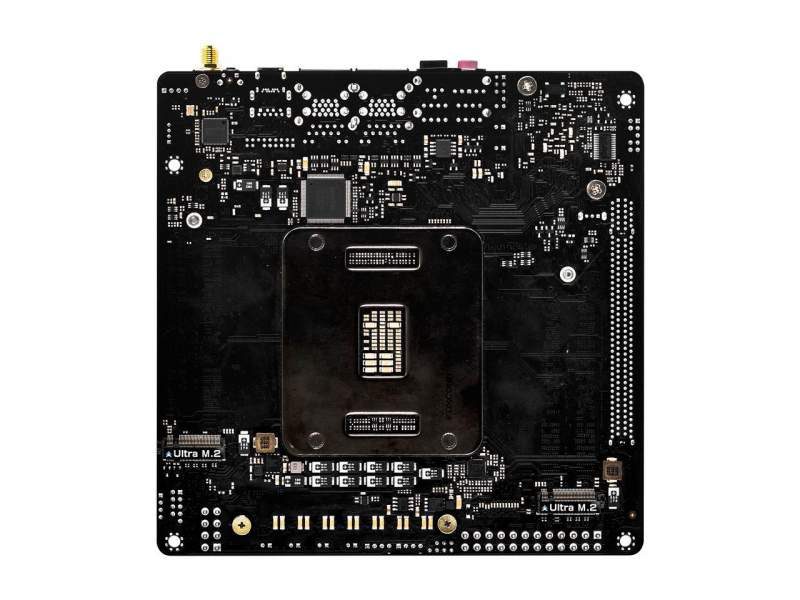 Since the front side is quite packed already, ASRock also makes sure to use the backside as well. The actual socket backplate takes up so much room already so they can’t really add too much. In addition, the VRM and the power connectors and the PCIe socket alone takes up a large bulk as well. Running parallel to the socket are two Ultra M.2 slots however. So this should please those who wish to take advantage of the extra PCIe lanes since only one actual slot is available for the graphics card in this layout.

It is now available for pre-orders via NewEgg.com, with an actual launch date of September 18, 2017. Obviously, it does not come cheap. It is an X299 motherboard after all. Although considering that there probably won’t be any direct competition for this anytime soon, it is relatively affordable at $399 USD.