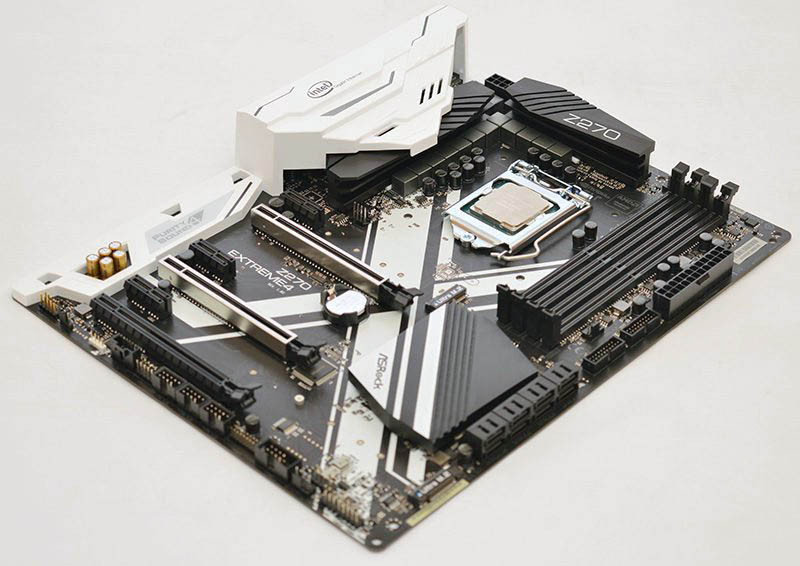 ASRock has been compiling some of the wackiest motherboard designs in recent memory such as the X99 Taichi which appears to be inspired by a beautifully constructed mechanical timepiece. As a horology enthusiast, the striking theme instantly captured my attention and I have to commend ASRock for concocting something rather special. Given the company’s lavish creations, I eagerly anticipated details of their upcoming Z270 range and was provided with a really interesting motherboard for today’s launch. The ASRock Z270 Extreme4 opts for an unusual cross pattern which swoops over the PCB and reliable 12-phase power delivery. Not only that, the motherboard incorporates the Purity Sound 4 audio solution which is based on the Realtek ALC1220 chipset.

Rather impressively, the product has an Intel i219V Gigabit LAN, reinforced PCI-E slots, Aura RGB lighting system and even a LED header to add a more ostentatious touch. On another note, the motherboard supports the USB 3.1 Type-A and Type-C protocols as well M.2. However, the lack of SATA Express, U.2 and Thunderbolt 3 functionality is surprising and might be reserved for higher-end models. Nevertheless, the ASRock Z270 Extreme4 looks very promising and I’m expecting it to be a fine choice alongside the new i7-7700K. 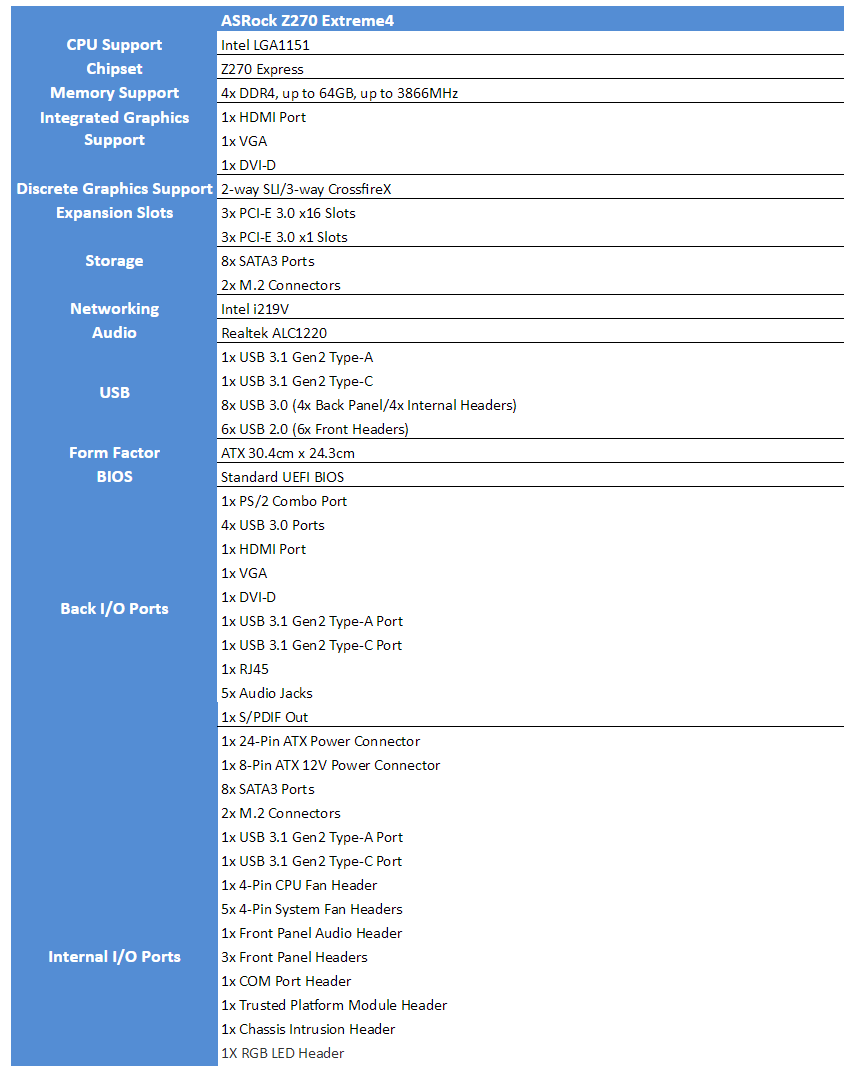 The packaging has a constellation backdrop and imposing cross which outlines the motherboard’s tasteful aesthetic. Personally, it’s probably one of my favourite box designs thus far and the colours infuse together in an attractive manner. 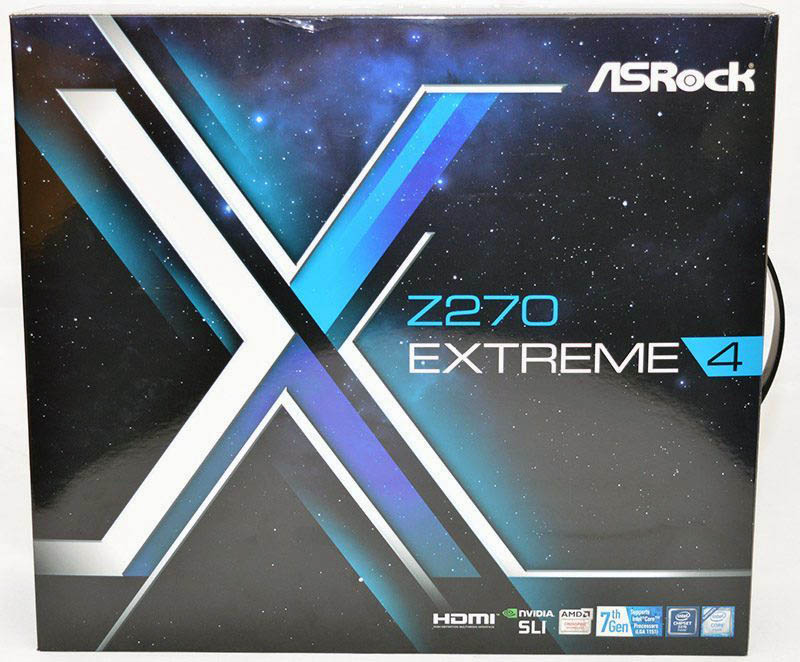 On the rear portion, the end-user is provided with an overview of the audio chipset, storage options, RGB lighting system and other standout features. The information is presented in a stylish manner and the turquoise colour really stands out. As a result, you almost feel inclined to inspect the box and read more about the motherboard in the manufacturer’s own words. 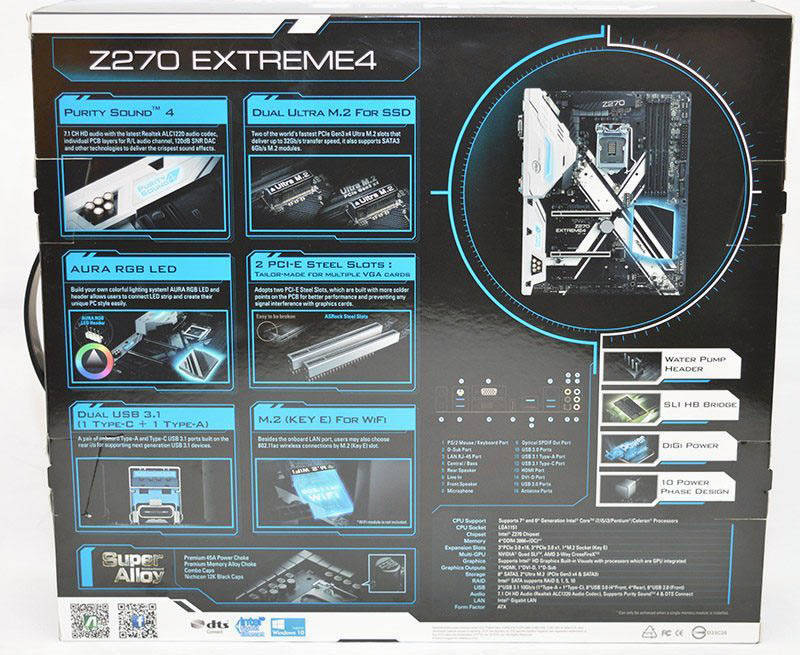 Here we can see the motherboard is bundled with a drivers/utilities disk. M.2 screws, quick installation guide, software setup guide, I/O shield, SATA cables and an HB SLI bridge. One small touch I quite like is I/O shield’s finish which has the same cross detailing as the PCB. 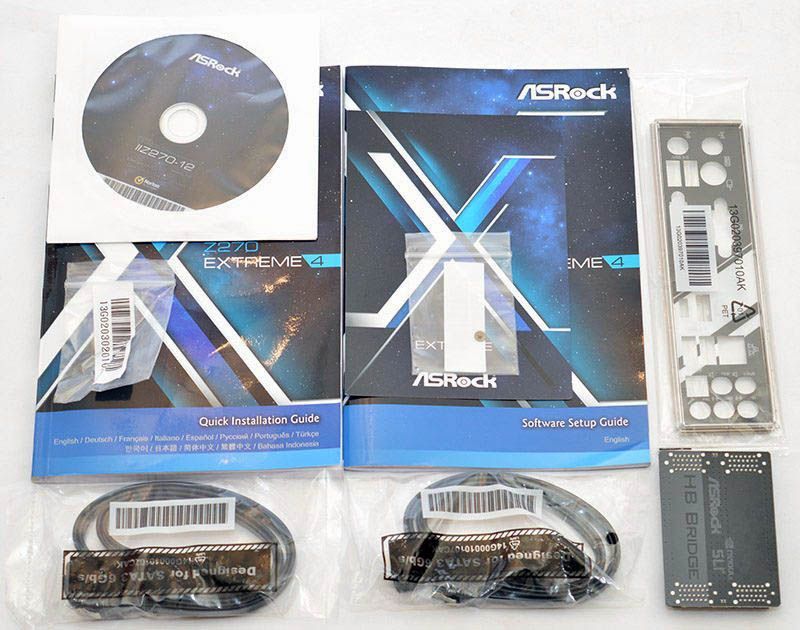