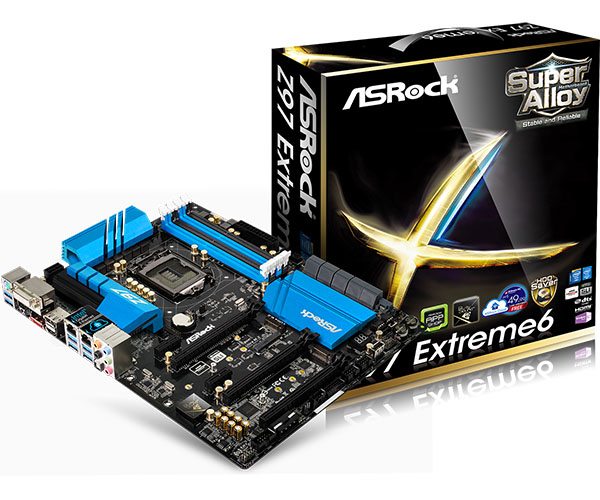 ASRock’s Extreme series of motherboards offer a nice balanced and more well rounded alternative to their Fatal1ty series, which are geared towards gamers, and their OC Formula series, which are geared towards overclockers. For the past few generations of Intel motherboards the ASRock Extreme series has been renowned for its great balance of performance, features and value for money compared to rival offerings. Today we have a new Z97 board from the Extreme series looking to carry forward this good reputation. More specifically we have ASRock’s Z97 Extreme6 motherboard. This motherboard is quite exciting for the more productivity or prosumer style user. It offers up a ton of storage connectivity including two M.2 ports, a SATA Express port and 10 SATA III ports as well as eSATA. What’s more you get a range of PCI connectivity including mini-PCIe and you get dual gigabit LAN supporting wake-on-WAN functionality so you can use this as a home cloud or server. As if that wasn’t impressive enough there’s also 10 USB 3.0 and 5 USB 2.0 one of which is an internal port wired to the motherboard. You also get a debug LED and onboard buttons as well as high quality Realtek ALC1150 based audio and 12K rated capacitors with a 12 phase VRM for the CPU area. This motherboard literally has it all and it comes in at a staggeringly low price of just $170, about £125-130. 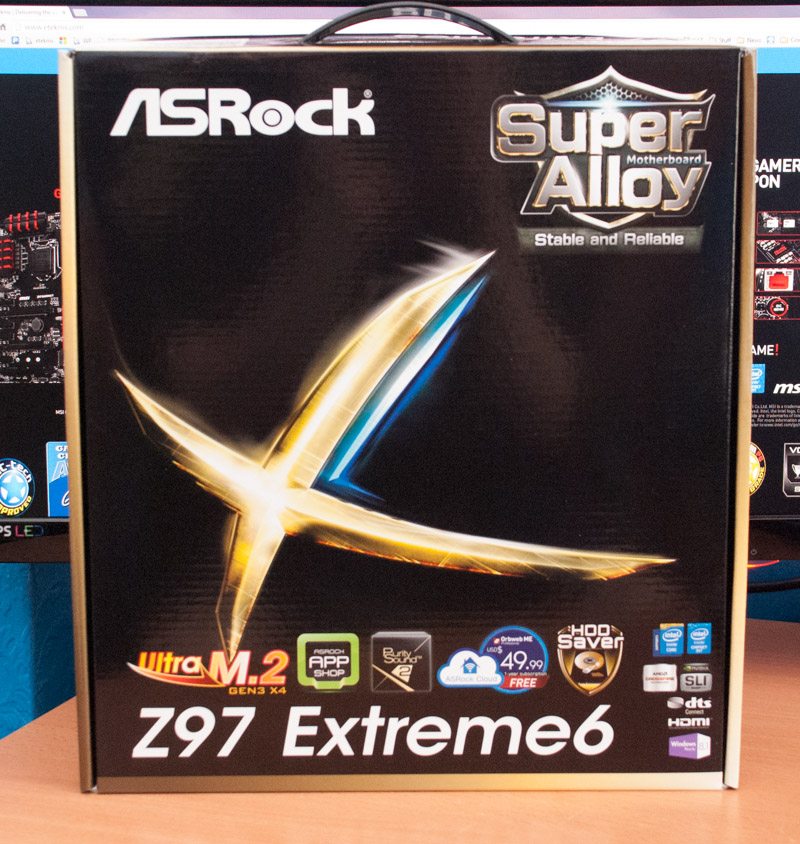 The rear of the motherboard has the usual marketing sheet detailing all the features and specifications of the product. 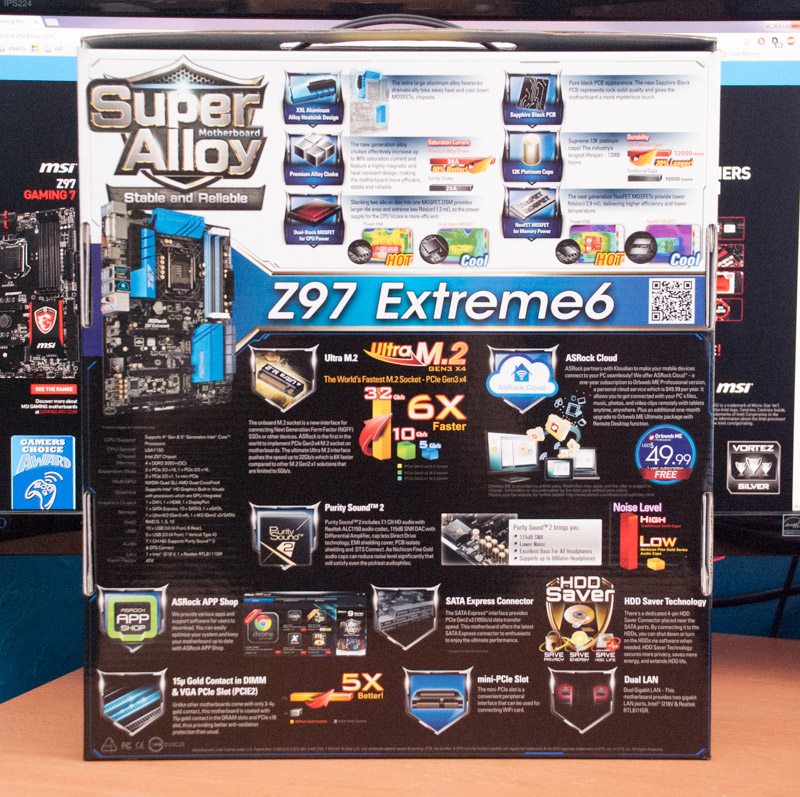 Included in terms of documentation is an ASRock Cloud guide, quick installation guide/user manual and software setup guide as well as the driver and utility DVD. 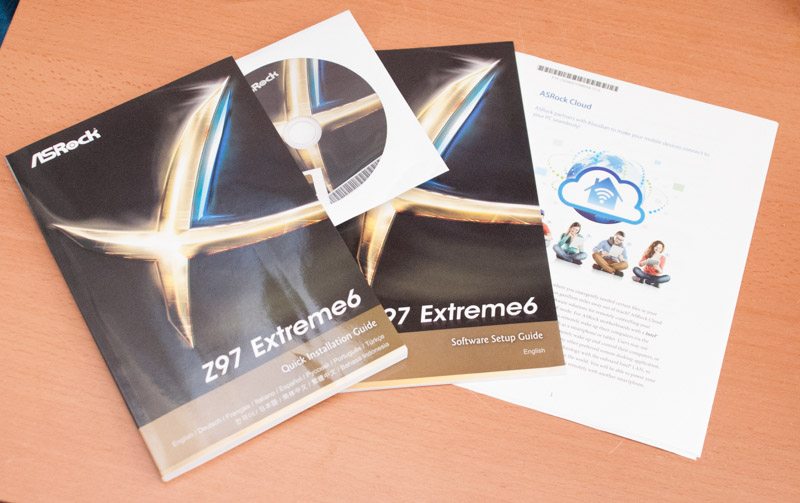 Accessories include the rear I/O shield which is colour coded, four SATA III cables, the HDD saver SATA power cable, a 2-Way SLI bridge and three screws (2 for the two M.2 ports and one for the mini-PCIe port). 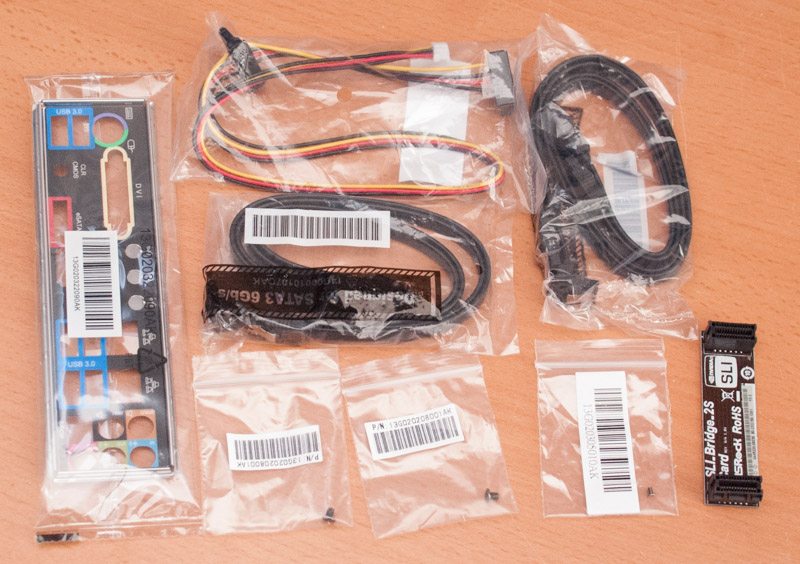