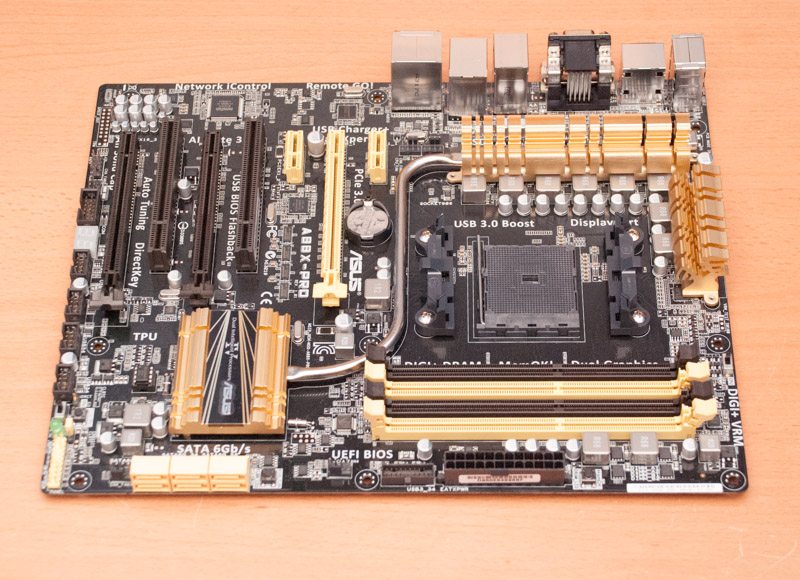 With AMD’s fourth generation of AMD APUs, Kaveri, just around the corner it couldn’t be a better time to look at a brand spanking new FM2+ motherboard from ASUS. Today we have the ASUS A88X PRO motherboard on the test bench and this high-end motherboard will make the perfect home for any Kaveri based system. Of course you can use Trinity or Richland APUs too as the FM2+ socket is backwards compatible with FM2 APUs, but the main reason these motherboards have been released is to cater for the new Kaveri APUs that have more CPU and GPU performance than their predecessors.  The ASUS A88X-PRO has already been released in a few markets, including the USA, but in the UK we won’t see this motherboard until some point next month. Of course Kaveri will take until the the end of Q1 to hit the shelves so there’s no rush in that regard. The specifications of the ASUS A88X-PRO FM2+ motherboard are as follows: 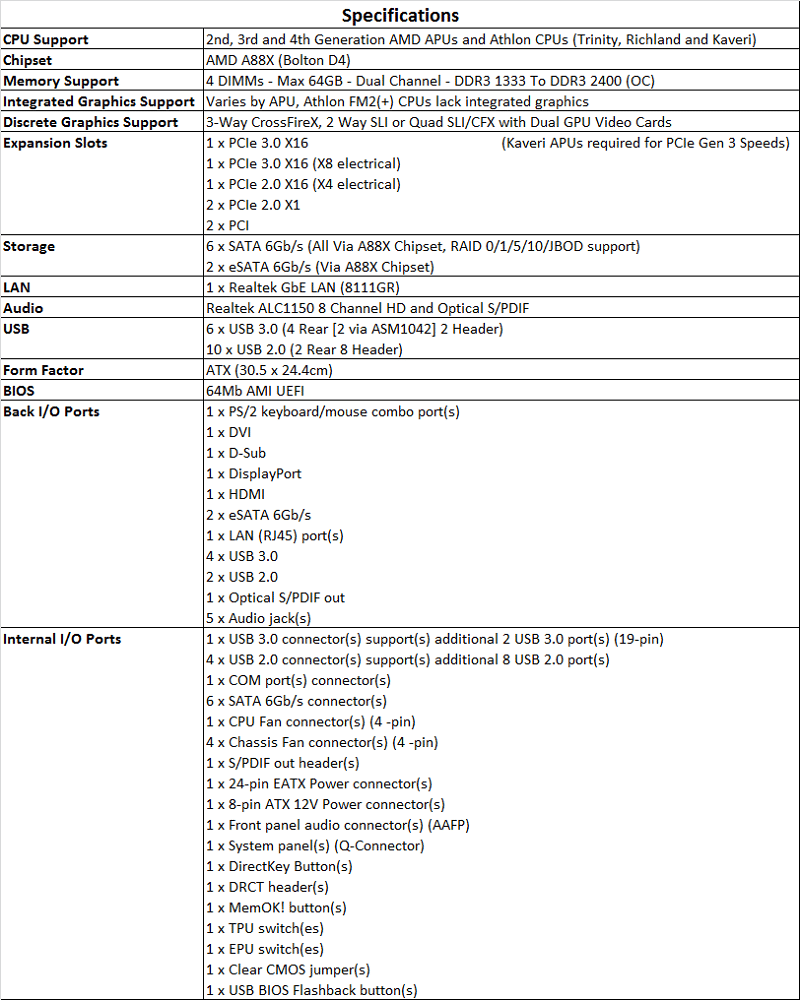 ASUS is pushing its 4 Way Optimisation package as one of the key features – this includes the Digi+ power controls, TPU performance boost, EPU energy savings and Fan Xpert 2 fan controlling and monitoring software. Other features of this motherboard included a revised ASUS UEFI BIOS, ASUS Remote GO! support for an advanced home wireless management system, all the latest connectivity (USB 3.0/ PCIe 3.0/ SATA III), AI Suite III, DirectKey (a dedicated “go to BIOS” button) and 4K/Multi-monitor support with the advanced FM2+ graphics that are due to come with Kaveri.

More details can be found on the product page here.