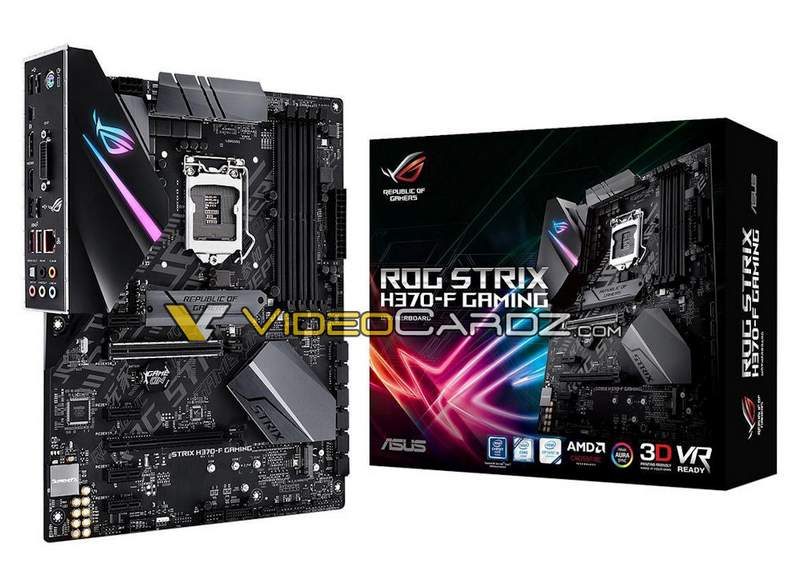 More models of Intel’s Coffee Lake processor are due to arrive soon. With them are more affordable motherboard options since only the Z370-chipset based models were available at launch. Now there will be H370, B360 and H310 chipsets in various degrees of affordability. Unlike the Z-series chipset, these lack the overclocking capability but they nonetheless have the essentials for the Coffee Lake platform. For their part, ASUS has a wealth of options ready come launch day and VideoCardz.com were the first to get the promotional photos showing these boards. Let us take a closer look and see what features to expect from each.

What New H370 Chipset Motherboards from ASUS are Coming?

The H370-F Gaming is pretty much like its Z370 equivalent and is quite feature packed for an H370 motherboard. It has the IO shield integrated already and has all six SATA ports angled along the lower edge corner. It also has two M.2 slots, one of which has a heatsink cover right underneath the CPU socket. This one comes with AURA sync RGB as well with the header right at the bottom. 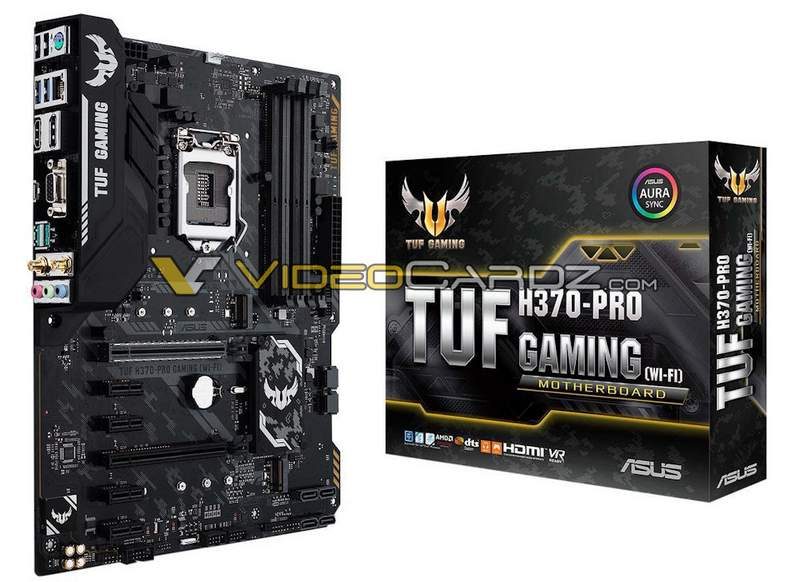 With the TUF series, this used to be somewhat of a high-end brand but we saw ASUS start offering lower-budget versions of this starting with the Z270 chipset. The H370-PRO is also scaled back a bit but it has a decent set of essential features. It even has built-in WiFi. The board has six SATA ports, two of which are angled while four are facing up. It has two m.2 slots supporting PCIe x4 SSDs as well. Unlike other mainboards though, there are only three analog audio jacks. Although ASUS manages to put AURA Sync RGB LED support on this budget board with a header available at the bottom. 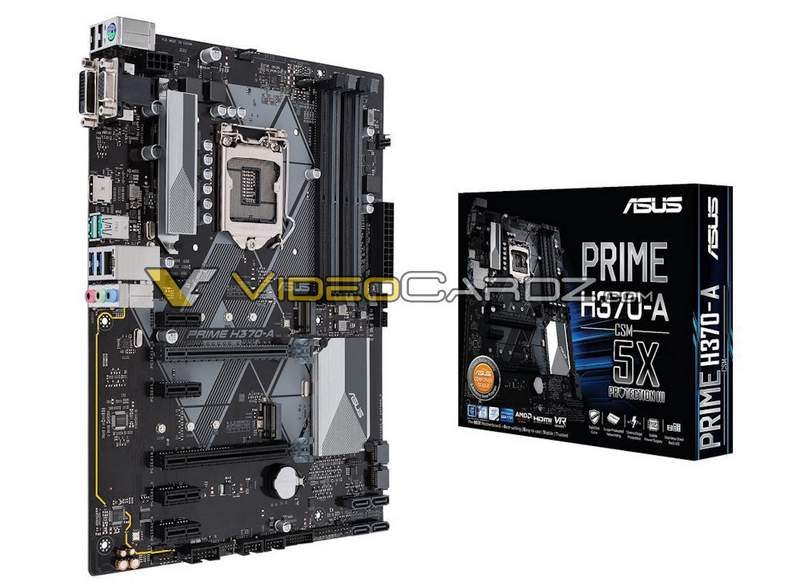 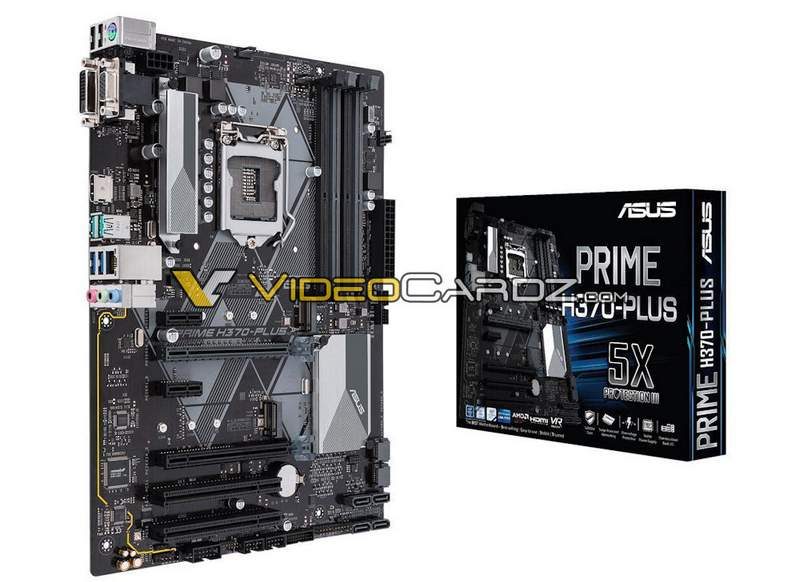 What About a Mini-ITX H370 Motherboard?

For those wondering if there is a mini-ITX H370 chipset then look no further than the H370-I. It is just as feature packed as its Z370 equivalent (which we reviewed previously) including the embedded RGB LED on the edge and addressable LED support. The most noticeable difference is the presence of a large IO cover and the pre-integrated IO shield. Unfortunately, this prevents us from seeing the IO connectors to see if there is a USB Type-C header there. It has built-in 802.11ac Wi-Fi of course and it has four SATA ports with an Ultra m.2 slot that supports up to 2280 form factors. 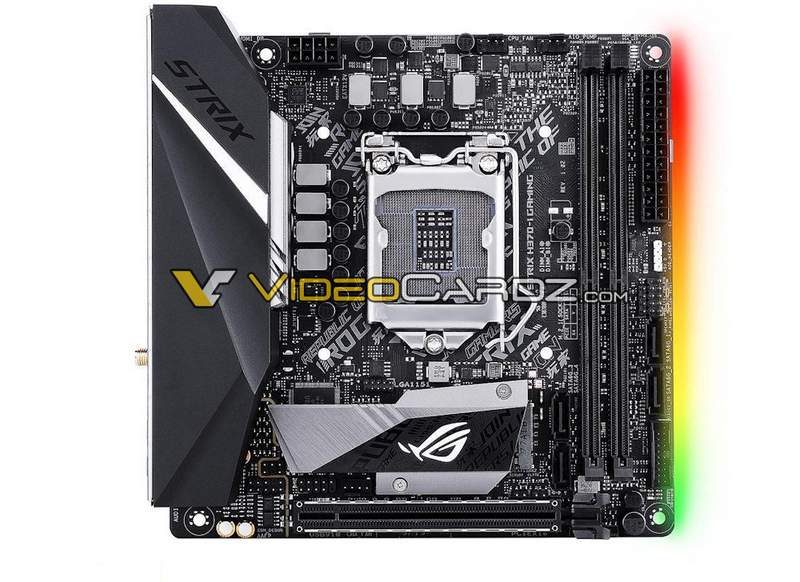 What New B360 Chipset Motherboards from ASUS are Coming? 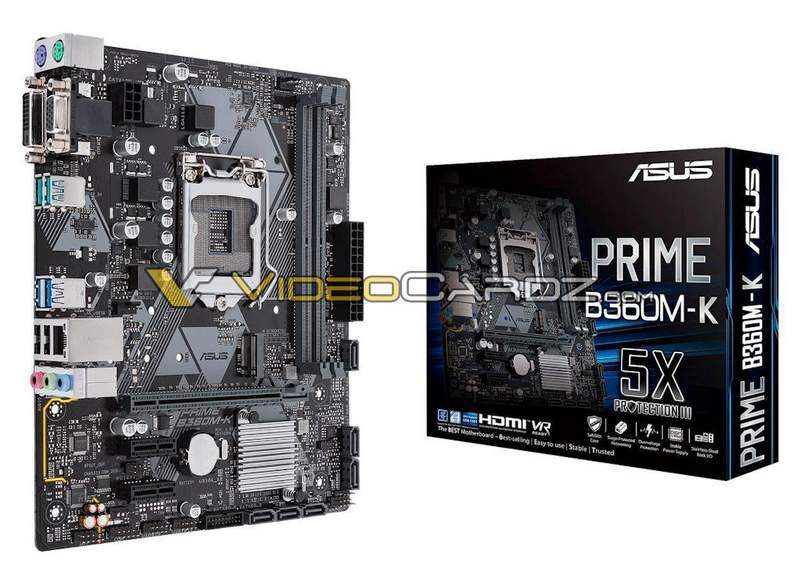 For the B360 chipset, there are five models seen so far. One of this is the B360M-K, a micro-ATX motherboard that is unmistakably for budget builds. It only has two DIMM slots, and has no heatsink on the VRM (which only has a 3+1 phase design). Even the chipset heatsink is the most generic looking heatsink there is. Although it does have audio capacitors for the audio subsection despite having only three 3.5mm jacks available. 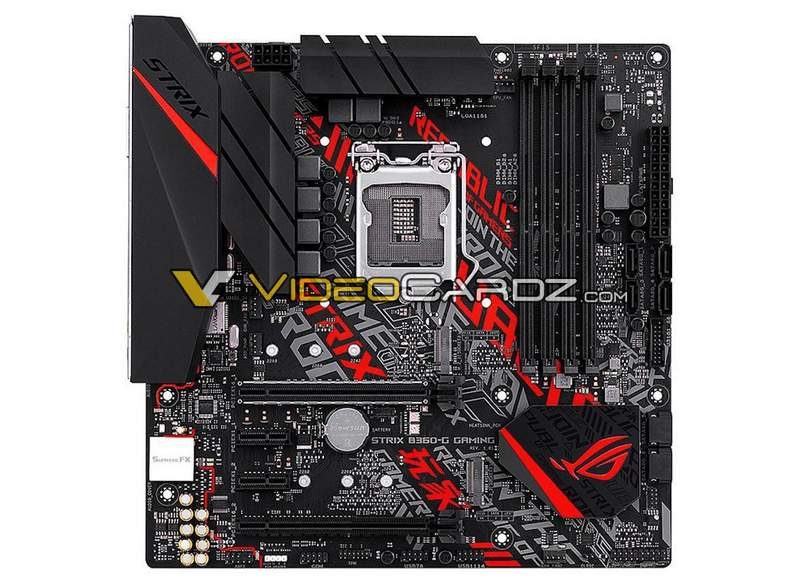 The Strix B360-G on the other hand has that unmistakably gaming oriented look. It has a black and white print with Japanese text across its PCB as well. Just like the B360M-K it is a micro-ATX board. However, this one comes with four DDR4 DIMM slots and has heatsinks for the 4+2 phase VRM. It even has two M.2 slots available as well as a shielded audio codec and integrated IO shield/IO cover. 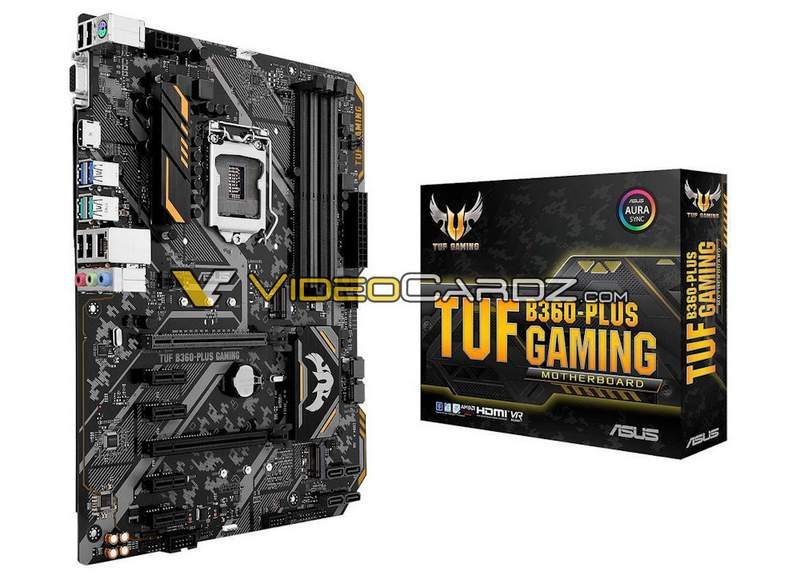 For the B360 TUF series, ASUS has the TUF B360M-E (micro-ATX) and TUF B360-Plus (ATX). Just like the H370 TUF, there are only three audio ports in the rear. The micro-ATX version also cuts back on the DIMM slots having only two unlike the ATX B360-Plus. Both have ASUS Aura Sync support though. 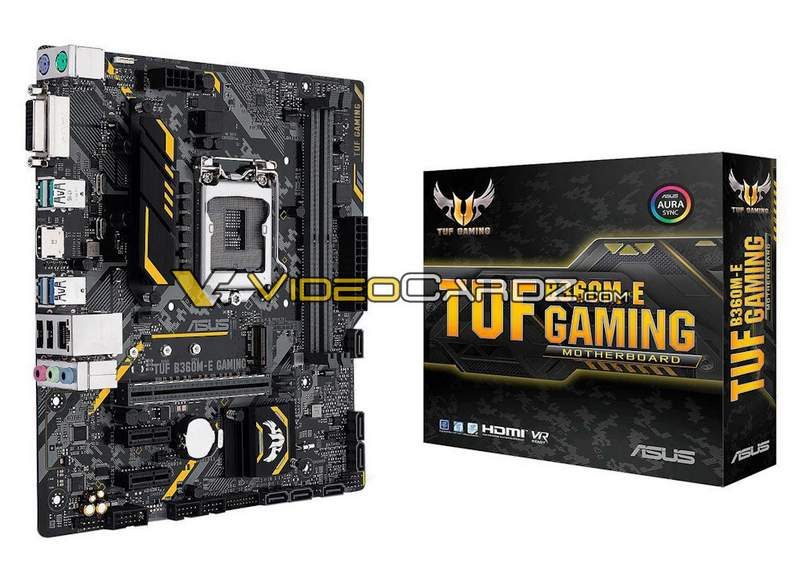 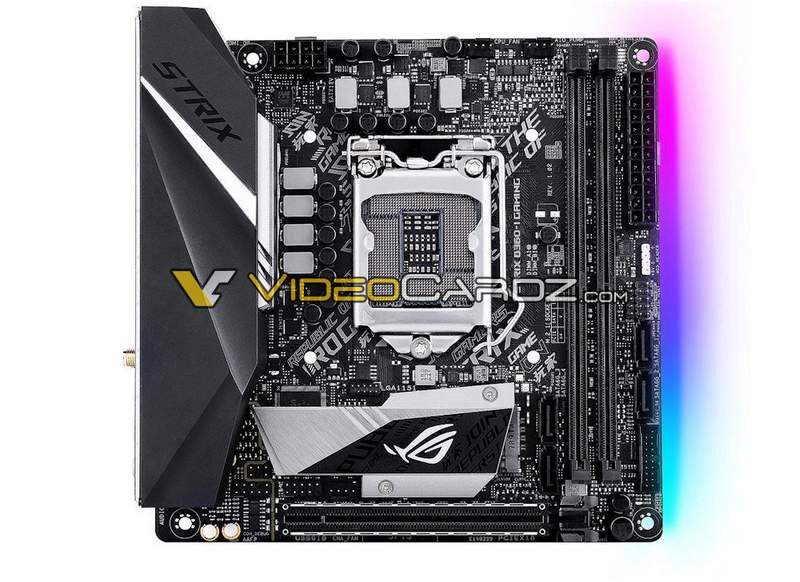 What New H310 Chipset Motherboards from ASUS are Coming?

In case these B360 and H370 chipset boards cost too much for your budget, ASUS also has these H310 chipset motherboards. They are pretty much discount versions of the boards above, lacking a feature of two due to the limitations of the H310 chipset. 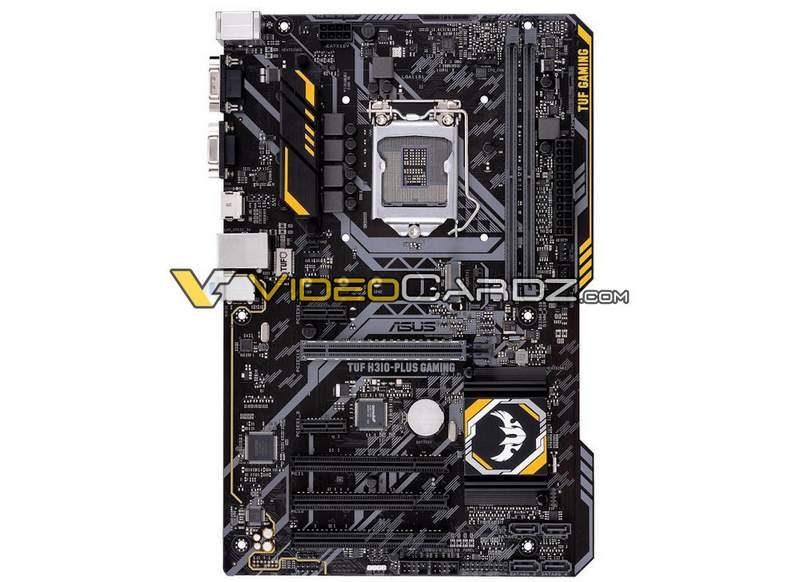 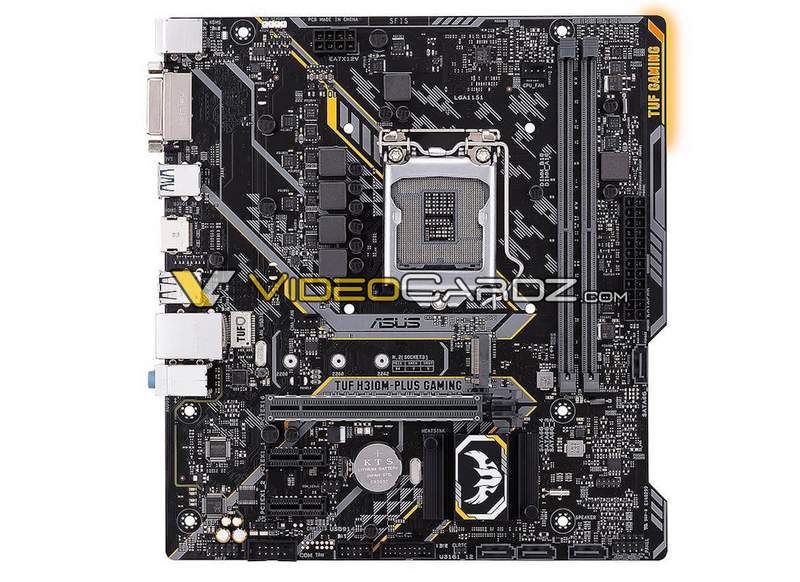 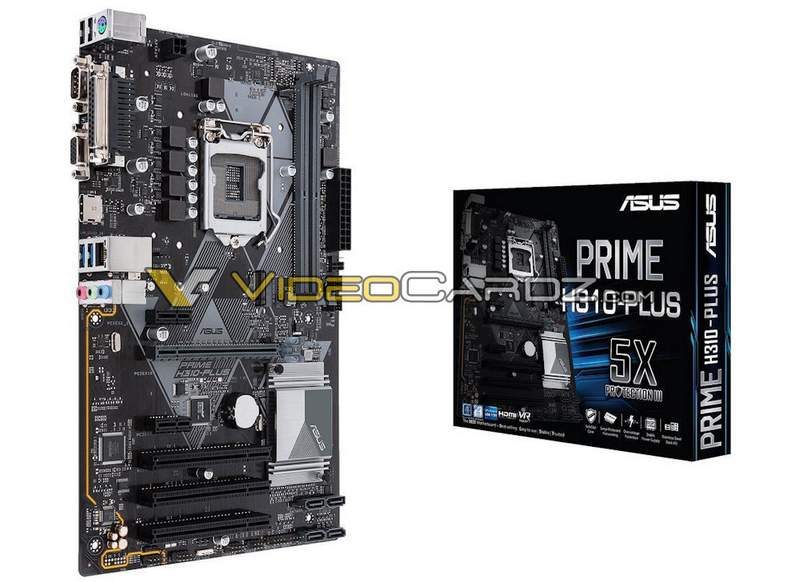 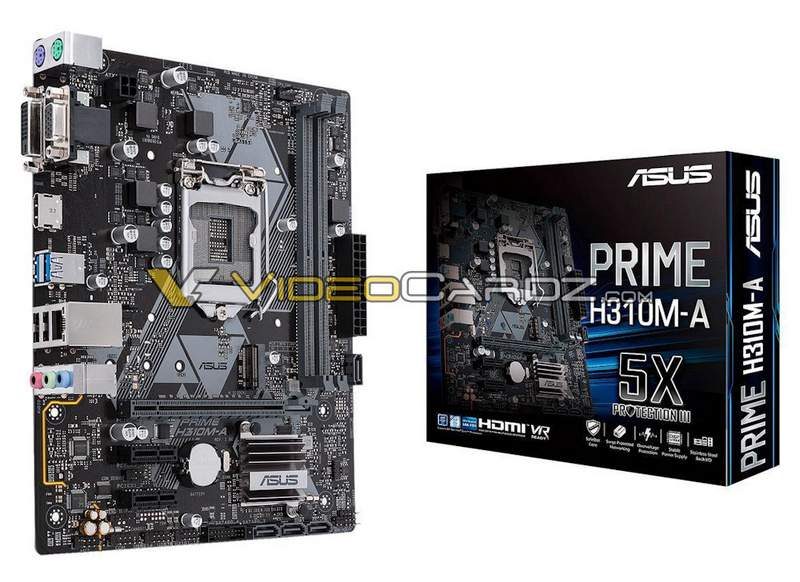 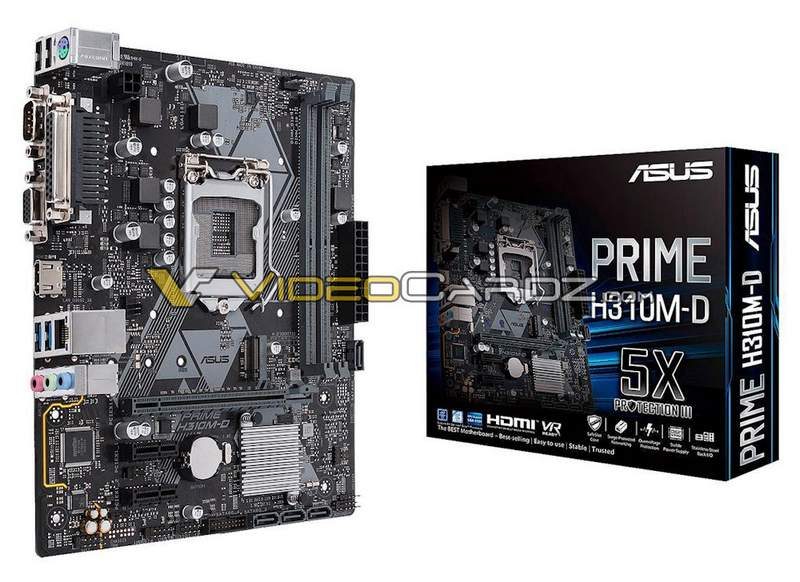 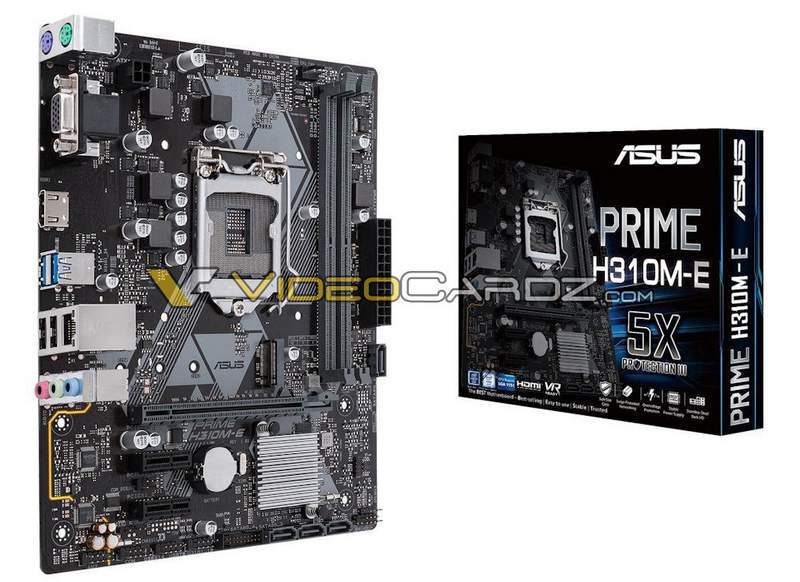 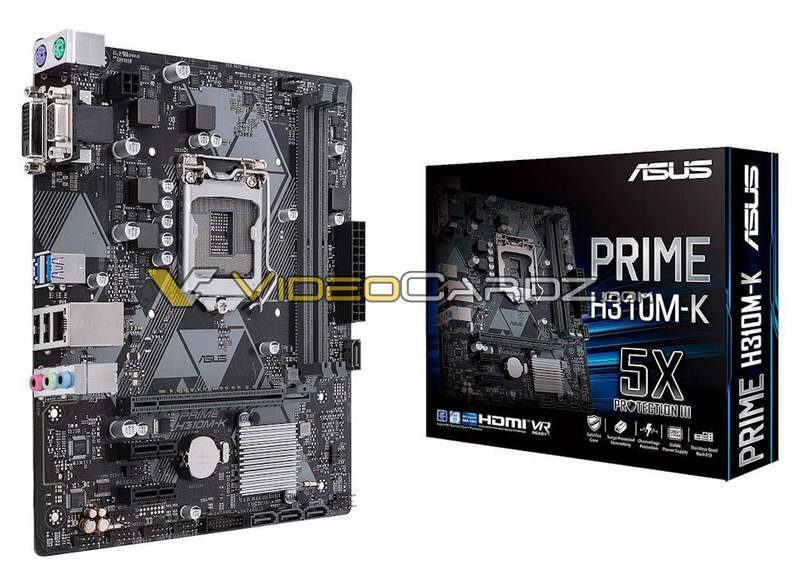 Notice how there are no Strix boards in this segment. These are all just Prime and TUF motherboards. In terms of actual pricing, we will see closer to launch date just how much savings these motherboards offer.