Following the statements made by Der8auer several weeks ago, ASUS is updating the design to their X299 ROG Rampage VI Apex motherboard in response. The original video by Der8auer calls Intel’s X299 platform “problematic for overclocking” considering its high power draw and high temperatures, coupled with inadequate VRM cooling.

The most noticeable change from the original design vs the new updated version are the presence of airflow fins. The original design basically is a solid aluminum block. This was connected to a heatpipe that also distributes heat to the rear IO assembly. The addition of airflow fins allows any airflow or active cooling source to disperse heat absorbed by the heatsink from the MOSFETs. 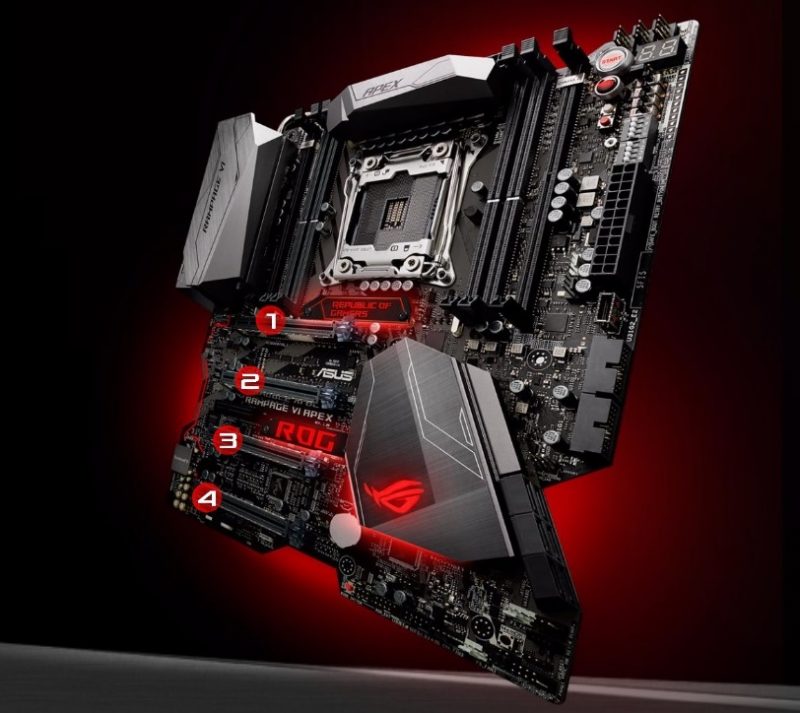 It appears that ASUS contacted Der8auer directly and gave him the exclusive on the pre-launch version. This allowed the overclocker to test out the heatsink and give his feedback to ASUS before it hits the market. Unlike the original design from Computex, the new heatsink design also has mounting points for a fan. The back of the motherboard also has a backplate to absorb some of the heat. This heat is from the MOSFETs on the other side, helping cool further.

Check out the full video below to see more details about this new re-design.