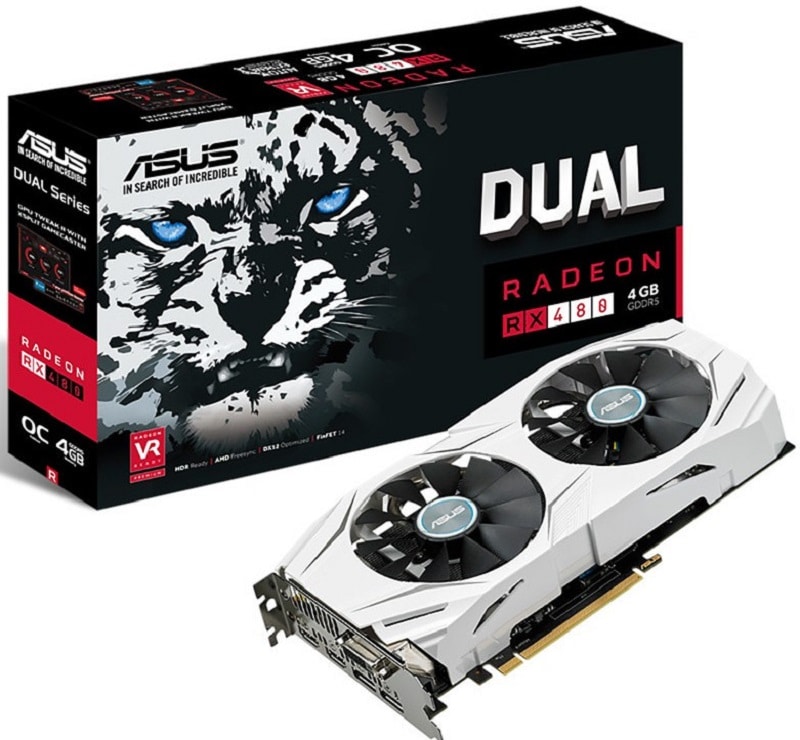 Over a month ago, AMD first revealed the RX 480 to the world. With the new Polaris 10 die, the new Radeon GPU promised to bring improved performance per dollar and value to the mainstream gamer. While the reference model launched right away, the custom models had to wait until recently. Even now, they are a bit hard to track down and obtain one. In a move that will likely signal better supply, ASUS is launching a new custom RX 480, the DUAL.

As expected, the DUAL name comes from the use of a dual fan cooling solution. This is one fan short of their STRIX variant and as you might expect, the custom PCB is also a bit shorter to reflect the shorter cooler. Just like the rest of the DUAL lineup, the cooler shroud is a new white which is a marked change from the usual ASUS designs. The shroud is made from glossy white ABS plastic which covers the black PCB.

In terms of performance, we’re getting a  factory-overclock of 1320 MHz boost clock on the GPU which is pretty standard. The VRAM size is a bit small at only 4GB of GDDR5 but should be adequate for the foreseeable future. Polaris hasn’t amazing factory overclocks yet but hopefully, that’ll change as the process matures. Power is provided by a single 8pin PCIe power connector which should be more than adequate. Last of all, ASUS did not reveal pricing but I expect it will fall short of the STRIX for sure and likely under the 8GB variants of the reference RX 480. Hopefully, supply will be good enough to manage the large demand for the RX 480.