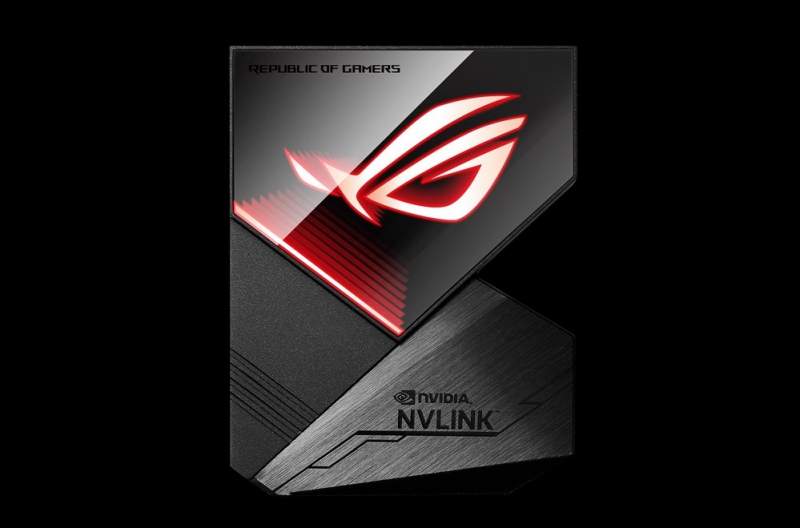 ASUS‘ Republic of Gamers line represents the company’s peak performance hardware. Now that NVIDIA‘s latest flagship RTX 2080 Ti graphics card is out, naturally ASUS also has new complimentary ROG-themed products to go with it. The latest of which is for those who have a pair of ROG RTX 2080 Ti graphics cards. Now users can run these high-end video cards simultaneously with a special ROG-Themed NVLink connector. 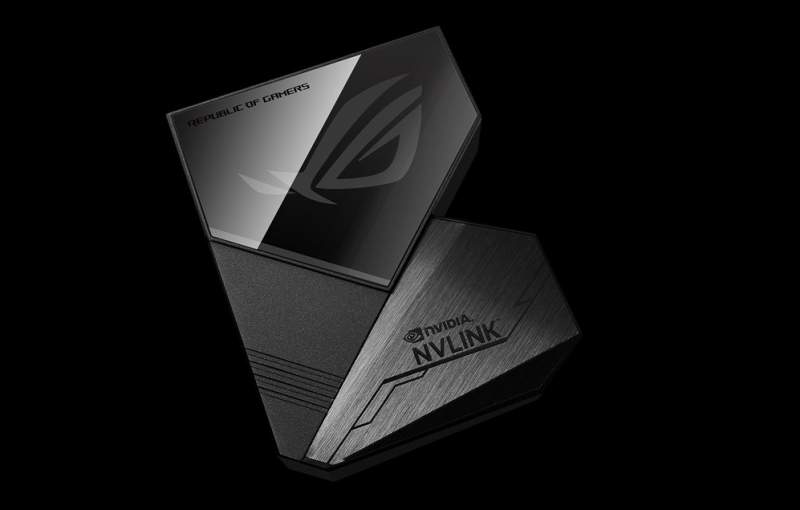 Aesthetically, it fits the Republic of Gamers design with a brushed aluminium piece and it even has an LED lit ROG Eye logo on the side. This is of course, fully AURA Sync compatible, so users can change its colours beyond the default red. It can also flow and match the rest of the colours in an AURA Sync enabled ecosystem.

How Much is the ASUS ROG NVLink Connector?

The ROG NVLink is available in two versions. One supports 3-slot (60mm) spacing while the other is for 4-slot (80mm) spacing. There is no 2-slot version for motherboards that do not have gaps between their two PCIe x16 slots. 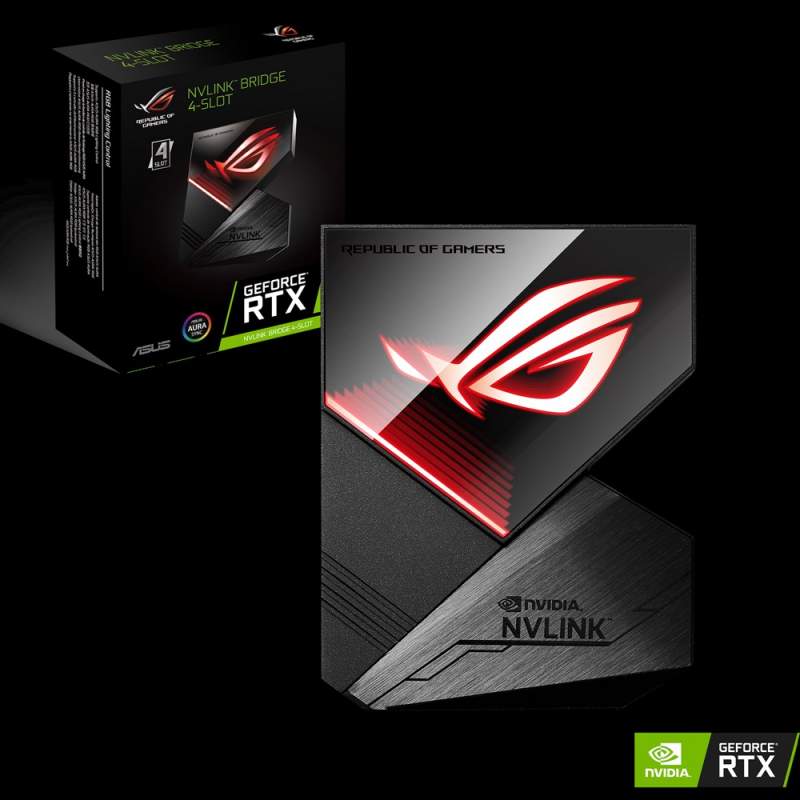