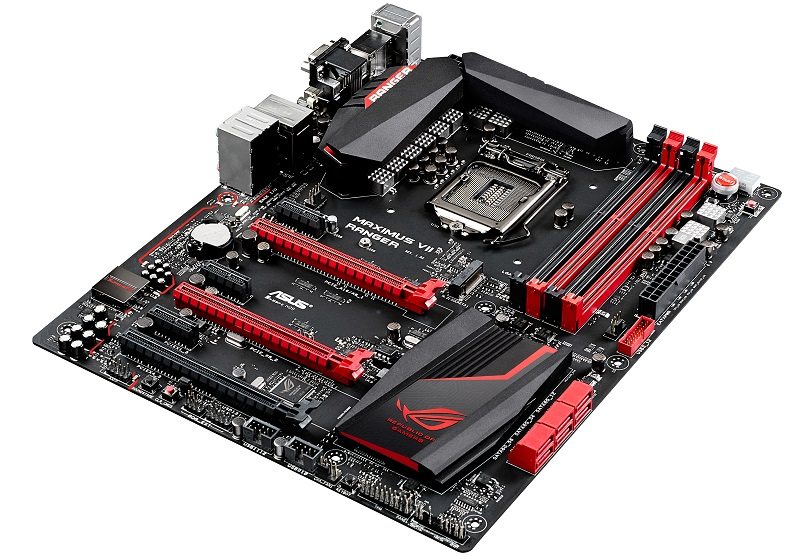 During the launch of Z87 motherboards ASUS surprised a lot of people when they announced their “Hero” SKU of the Republic of Gamers line of motherboards. When the Hero was released it was an extremely popular motherboard simply because it brought an ASUS ROG motherboard into the reaches of most peoples’ budgets. A surprising move because ROG motherboards have traditionally been extremely expensive products that target a fairly niche market. It is unlikely that ASUS ROG would have made this move last generation without the price pressure of rival brands such as Gigabyte, with their G1 Sniper Z87, MSI, with their Z87-G45 Gaming and ASRock, with their Z87 Fatal1ty Killer. All of these competing products have driven the price of gaming motherboards down to the point where gaming motherboards are no longer exclusive or expensive products, but accessible to the fairly mainstream PC user and mainstream budget. Now ASUS have added the Ranger to sit just below the Hero for the Z97 platform which is another smart move given that Gigabyte and MSI have become even more aggressive with the pricing of their Gaming Series motherboards which start at just £100/$140. The main benefit of the ASUS Maximus VII Ranger is that it carries a 10-15% lower price premium (depending on the region and retailer) than the ASUS Maximus VII Hero but drops fairly little in terms of features or specifications. From our discussions with ASUS they have clarified that the main differences between the Hero and the Ranger are that the Hero has:

Of course, while those extras on the Maximus VII Hero are nice and will be useful to a lot of people, they are not essential for the more value-minded user so the Ranger offers a way for users to save a bit of money by opting out of those extra features. That said the Maximus VII Hero and the Ranger both still have a place in the market but it is important to distinguish the differences between the two. We anticipate a fair amount of confusion about the differences between the two models, and we expect consumers interested in the Ranger will be interested in the Hero (and vice versa). Hopefully this has cleared up some of the differences so let us now move onto to taking a look at the specifications of the ASUS Maximus VII Ranger: 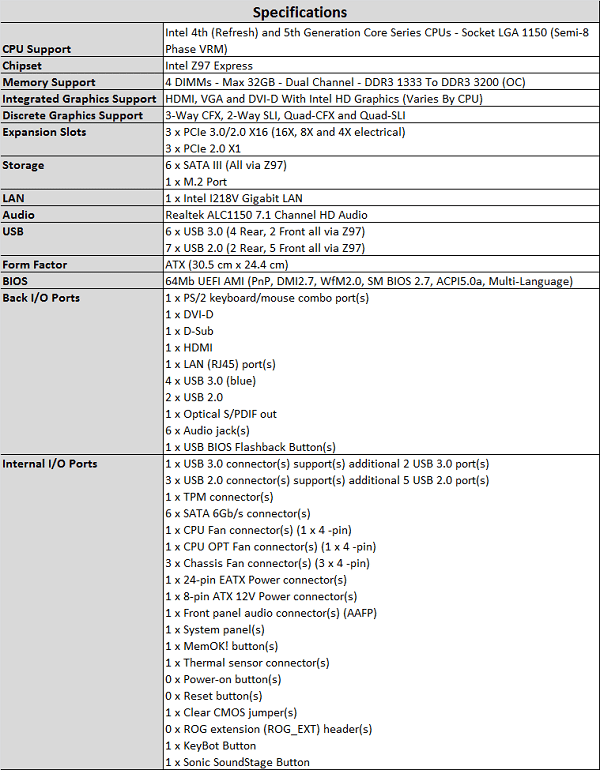 The packaging is the usual high quality we’ve come to expect from ASUS ROG. Once you open up the product you are greeted with a couple of glossy “marketing” sheets on an additional internal box. The basic jist of those can be seen on the product page. 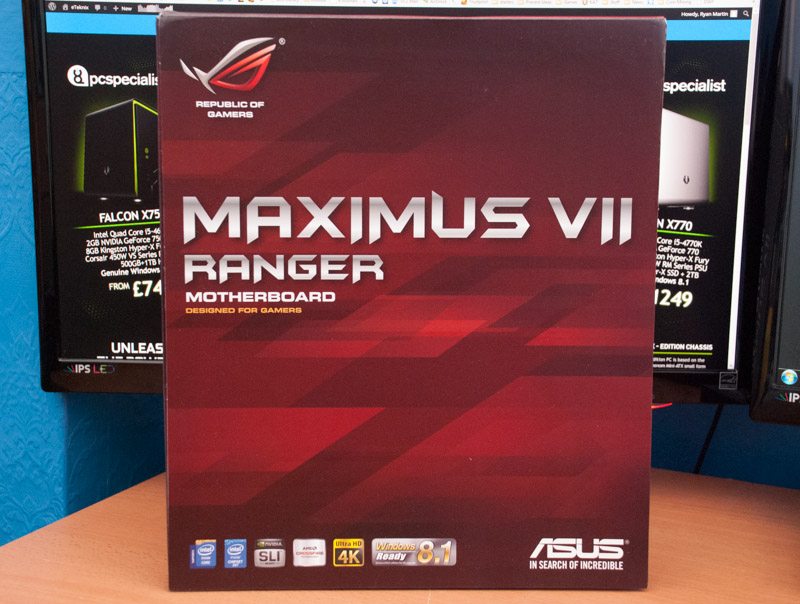 The back details the specifics and features of the motherboard, of course you can find those in full on the product page. 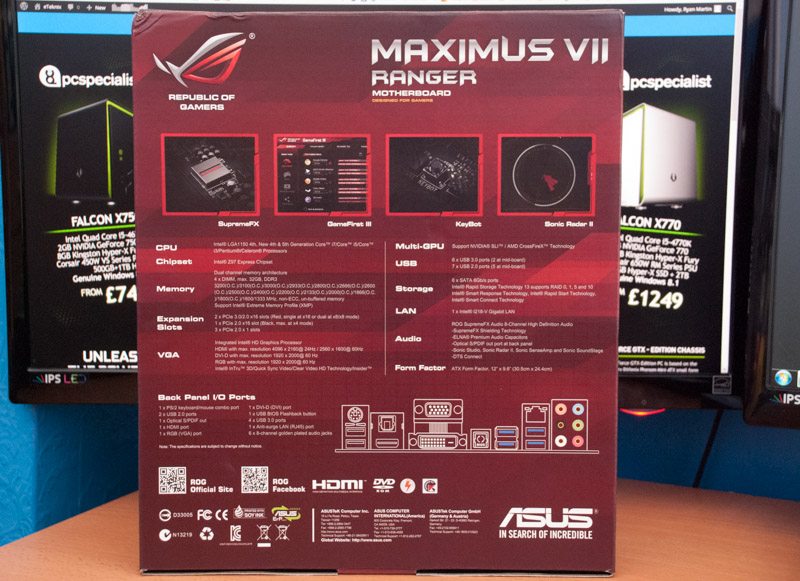 The accessories include an ASUS ROG door hangar, user guide and some cable labels. 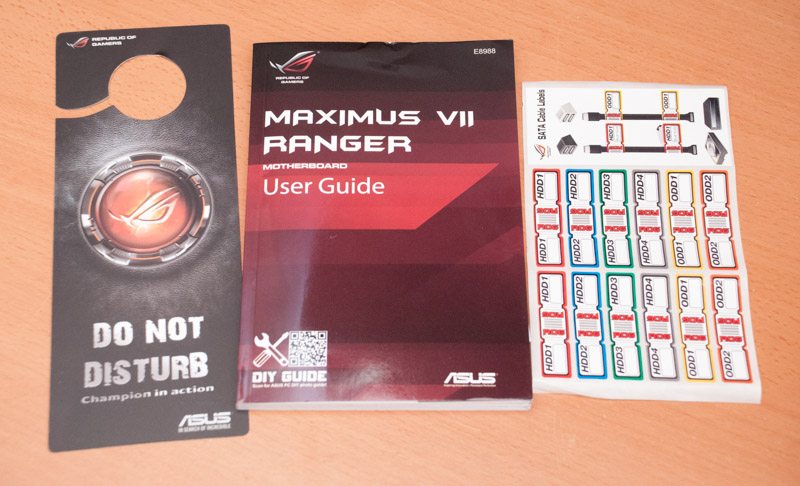 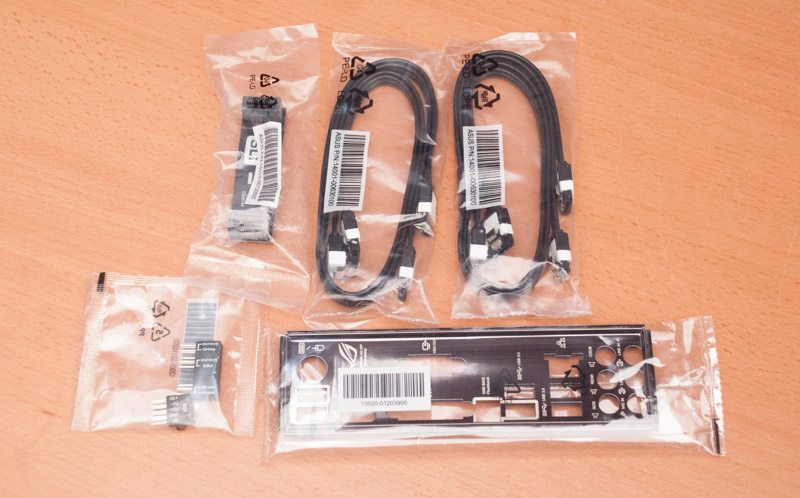