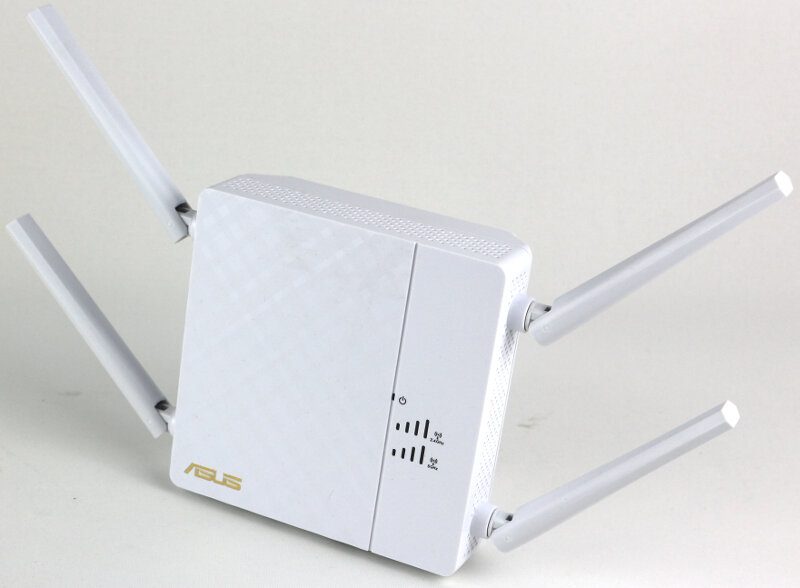 There are ordinary network extender and repeater, and then there are the ones like the ASUS RP-AC87 (Link). The RP-AC87 takes its job serious with modern bandwidth abilities, multiple operation modes, and a rotatable power plug.

The ASUS RP-AC87 is a 3-in-1 device that can do more than just work as a repeater. It can also work as a wireless access point and as a media bridge. In the access point mode, you can connect it to any wired network and create your own wireless network. That includes situations such as hotels where there is bad WiFi but an RJ45 wall connector.

On the other hand, the media bridge mode can turn a non-WiFi device into one with WiFi. You can connect wired smart TVs, multimedia player, and game consoles to the RP-AC87 and connect that to your existing wireless network. Naturally, there’s the core function too, as a repeater. When used as a repeater, it can extend the range of your existing network. 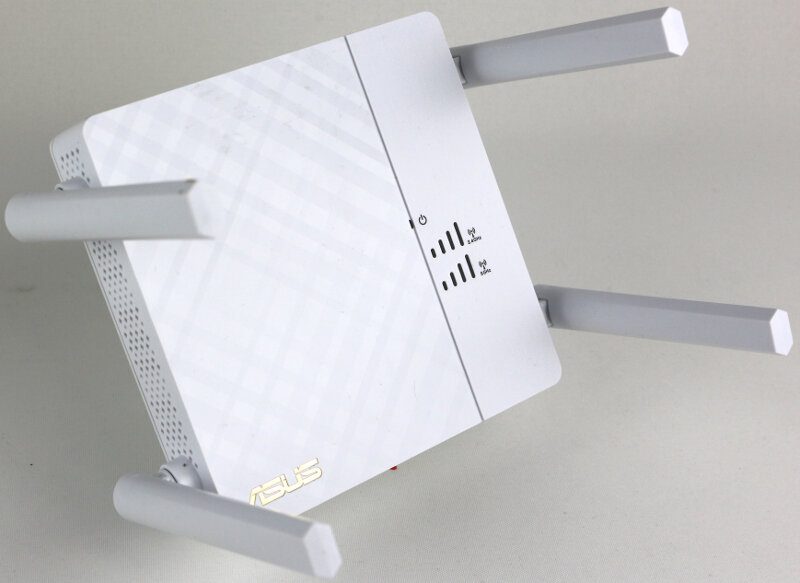 A wireless network needs some form of encryption too, after all, we don’t want just anybody on our network. The RP-AC87 supports WPA2-PSK and WPA-PSK for this.

The wired connector is a standard RJ45 port that supports up to Gigabit speeds. Perfect for those places where bandwidth matters the most. 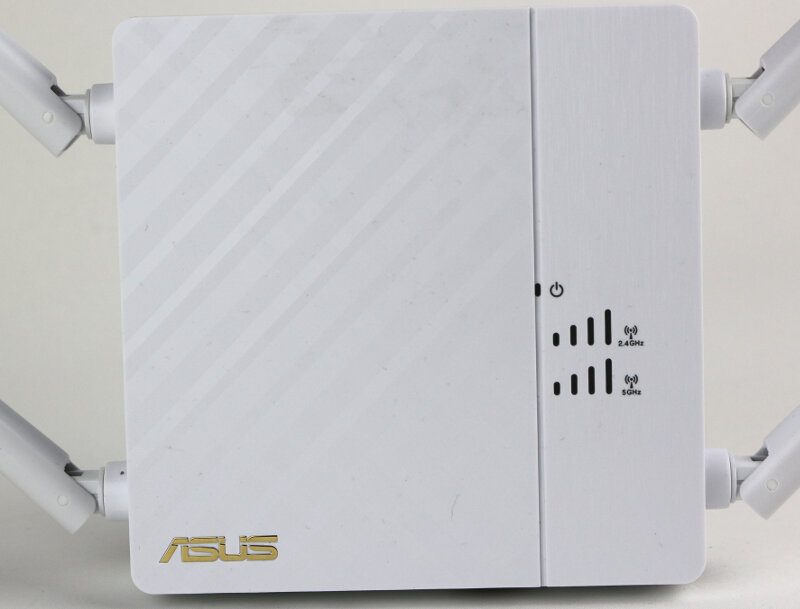 There aren’t a lot of buttons and indicators on the repeater, but there are some. You get all the important ones while the rest is left out to keep things simple and easy to use. Each of the two wireless bands has their own LED signal strength indicator that will help you locate just the right place for it in your setup. The more bars, the stronger is the signal. 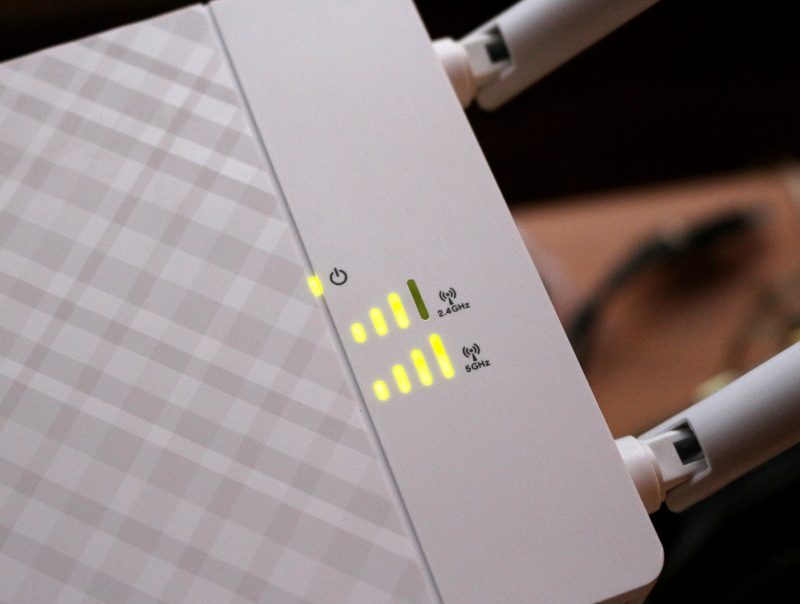 The signal indicators make it easy to set up, and the ease of setup continues with the WPS button. The WPS button allows you to connect the repeater to your wireless network with a single press on both device’s WPS buttons.

There’s also a reset and power button, and these two offer more control of the unit. They allow you to power it off or reboot it without having to unplug the device itself.

This is probably the most powerful range extender, and it comes with a size that matches. While that can make the placement difficult, ASUS added another feature to help with it. The power plug on the rear of the unit can be rotated 90 degrees. It allows you to mount it upwards or sideways in relation to the wall connector. 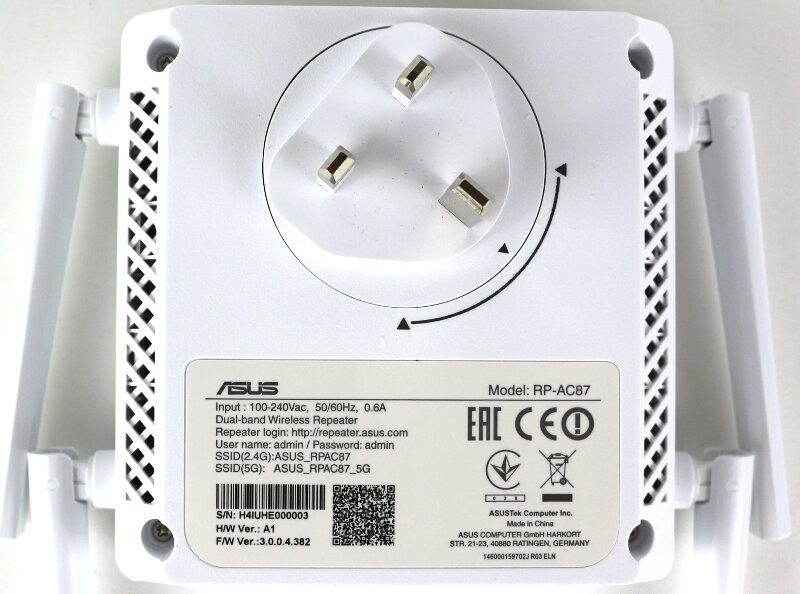 The whole thing can be set up and configured without the need for a PC. There is an iOS and Android app available called ASUS Extender. It can guide you through the process with just a few taps on the screen. 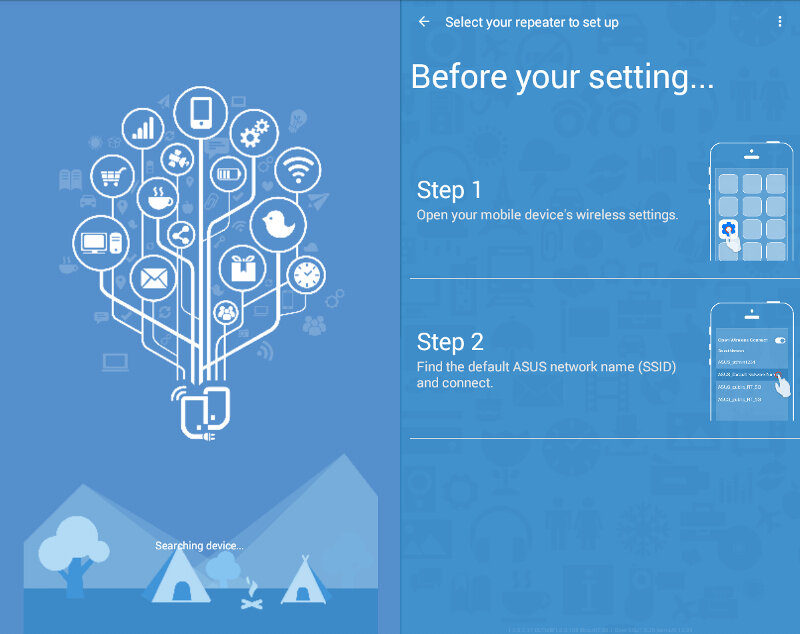 More advanced configurations are within the web interface. Connect the RP-AC87 to the Ethernet port, and you’ll gain access to the web interface, even if it hasn’t been configured yet. Otherwise, you just need to be on the same network. From here, you can view and edit all the settings. 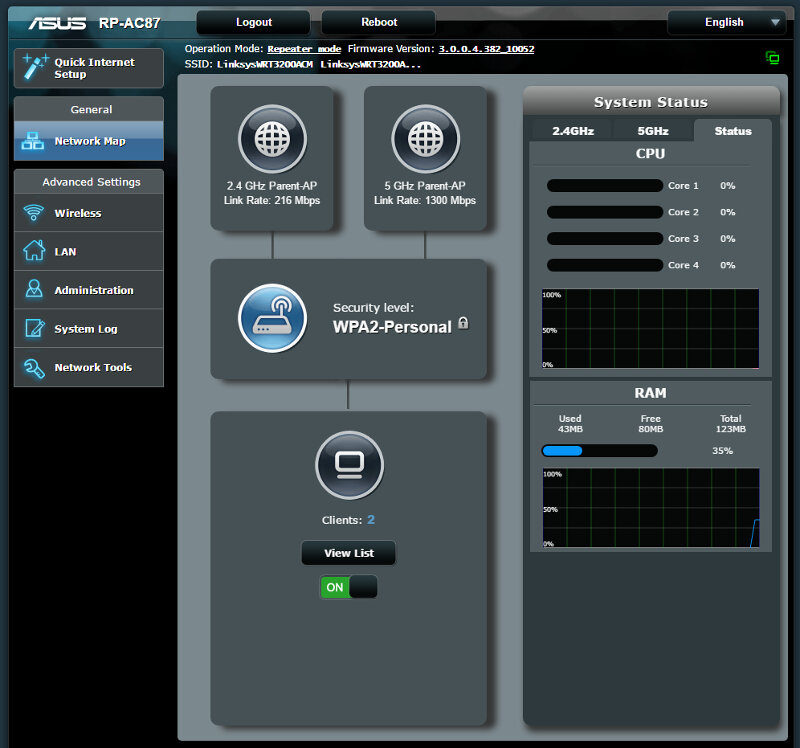