The card is obviously quite compact. However, despite the small power requirements and TDP of the card, it features a freaking massive cooler design relative to the size of the GPU core. Two huge heat pipes come off of a large block to a full-length heatsink. On top of that, a smart looking shroud houses two large fans to deliver huge cooling performance at low RPM. 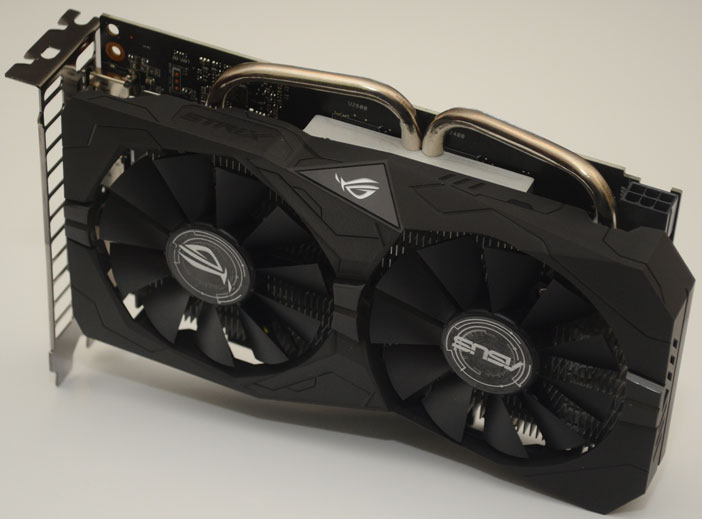 This is a budget GPU card on the inside, but it’s design mimics that of the more premium models in the STRIX range, so you don’t look or feel like you’re being left with the cheaper looking product. 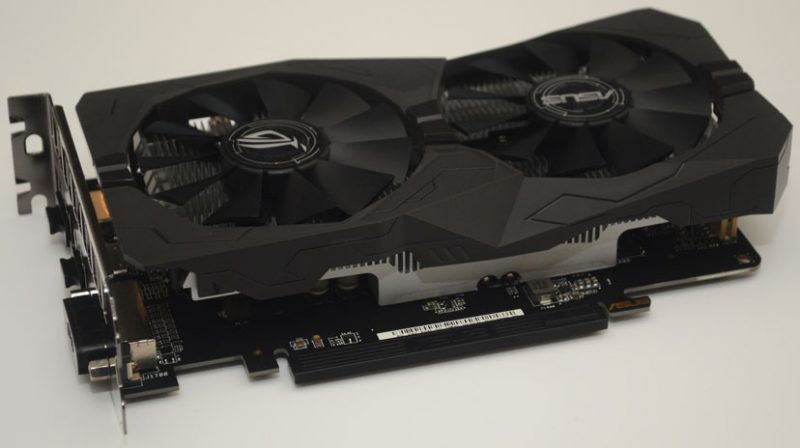 There’s plenty of airflow around the card, that’s for sure, and connectivity is pretty decent too. There’s a single HDMI, DVI, and DP port on the back, more than enough for most. 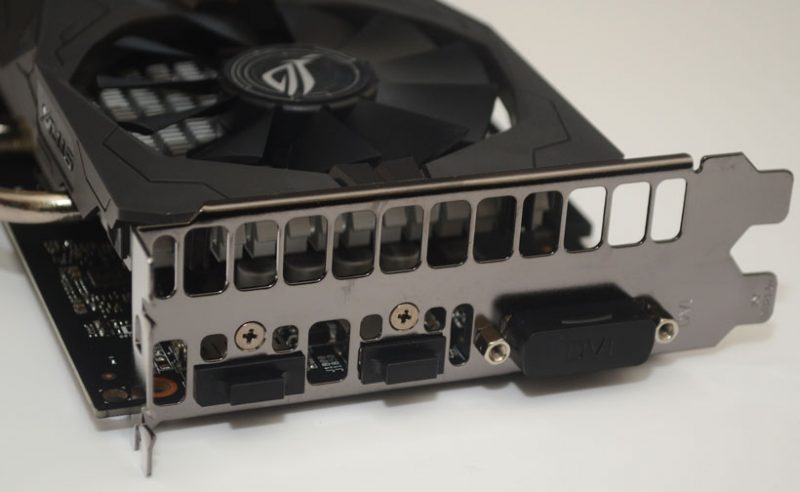 The card is not very power hungry either, needing just a single 6-pin PSU cable, so compatibility with lower wattage PSUs should be very high indeed. 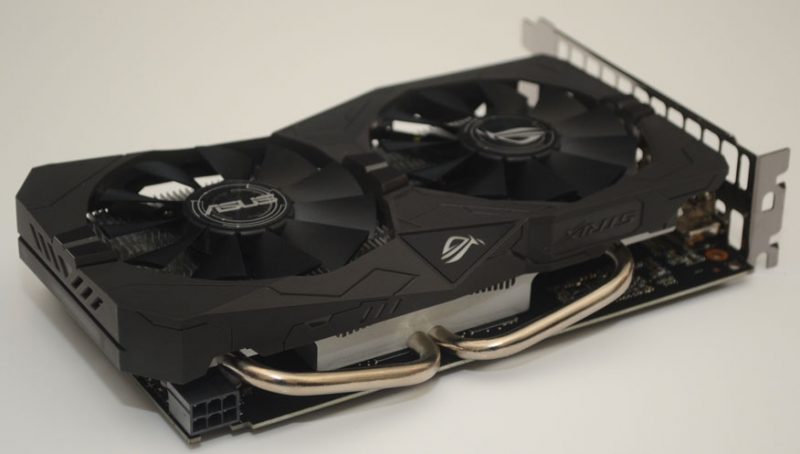 Tucked into the rear of the card, a single 4-pin fan mount. If you connect your front chassis fan to this, it can allow the GPU to call upon more airflow when it requires it. It’s a nice little feature, and one I’m happy to see on a card this far down the range. 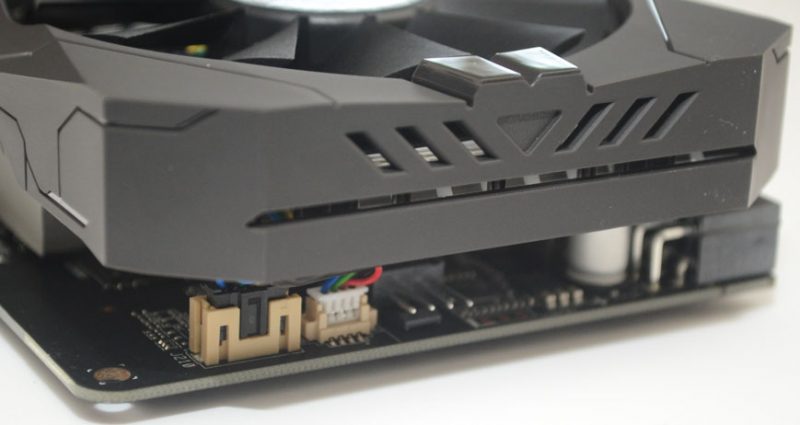 There’s no backplate, but it still looks tidy with a black PCB and it’s a compact card, so doesn’t really need that extra support. 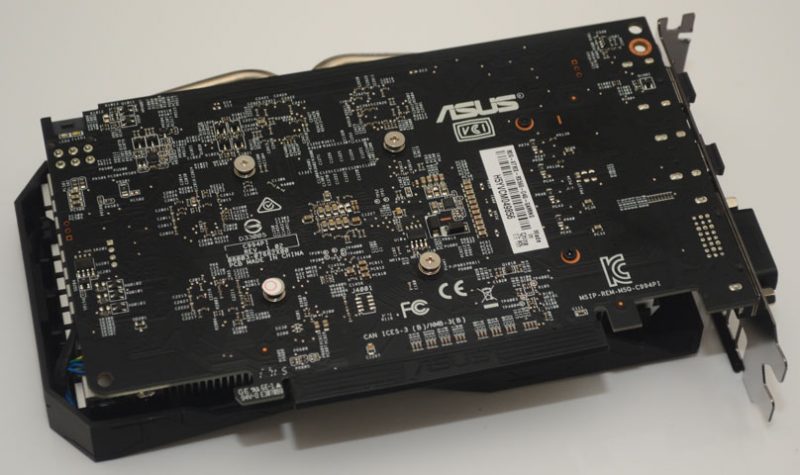