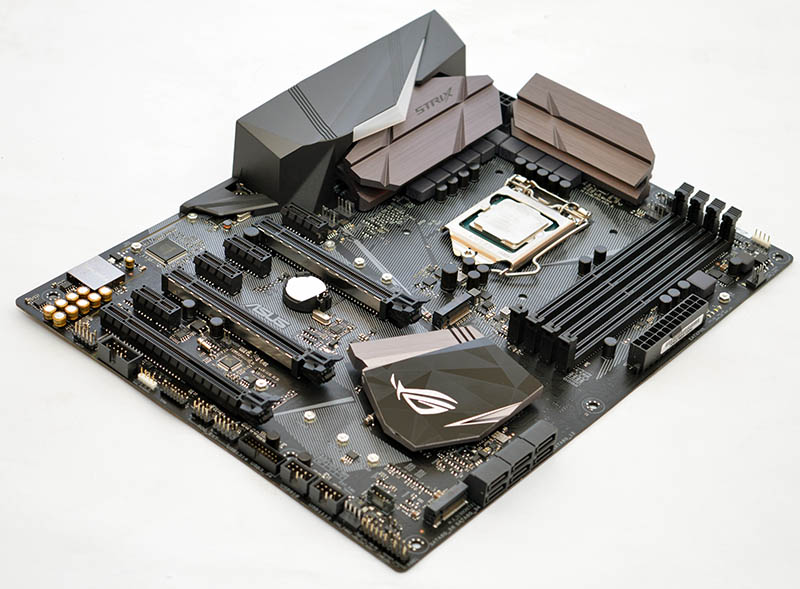 Some time ago, ASUS released their first motherboard sporting the STRIX name to coincide with Intel’s Broadwell-E microarchitecture. This was a resounding success and offered a more gaming-orientated take on the professional platform. In particular, the motherboard’s customisable ROG stickers, ingenious SafeSlot design and AURA lighting system makes it a fine choice for the Prosumer market. Thankfully, ASUS has cemented the STRIX brand as an essential part of their motherboard range which offers similar features to the ROG series while adopting a more enticing price point.

The ASUS STRIX Z270F GAMING employs a digital semi-8 phase CPU power design and SupremeFX S1220A codec with dual headphone amplifiers, a de-pop MOSFET and impedance sensing. Not only that, the motherboard has two dedicated AURA RGB headers to customise 5050RGB strips providing the power rating doesn’t exceed 12V/2A. Also, the motherboard embraces the current 3D printing craze and includes onboard 3D mount screw holes which have limitless potential to construct a truly unique piece of hardware. The motherboard incorporates dual M.2 support, an anti-surge LANGuard, six fully controllable fan headers and USB 3.1 in both Type-A and Type-C flavours. As you can see, the ASUS STRIX Z270F GAMING has a marvellous specification and I’ve only scratched the surface of its full potential. Given the astonishing array of features, I’m expecting the motherboard to rapidly become one of the best-selling Z270 products. 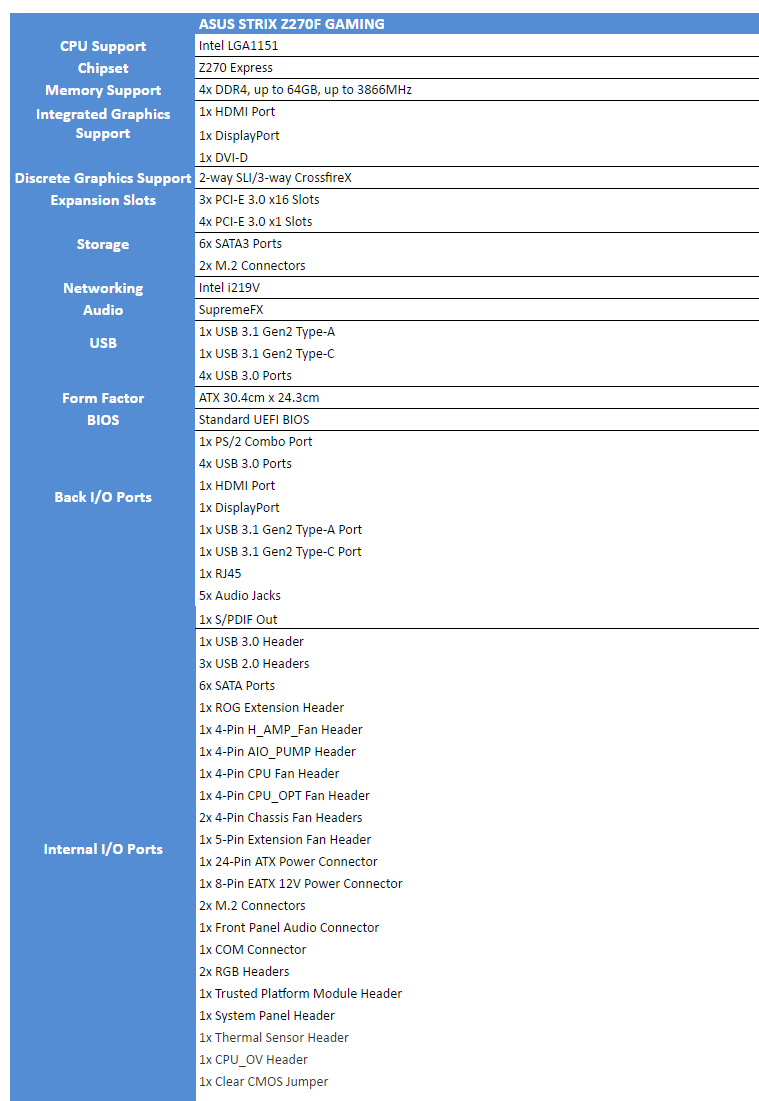 The ASUS STRIX Z270F GAMING comes in a really attractive box sporting the quintessential STRIX logo. Additionally, the motherboard’s monochrome finish alongside the colourful STRIX branding is a masterstroke and provides an insight into the product’s sleek aesthetic design. 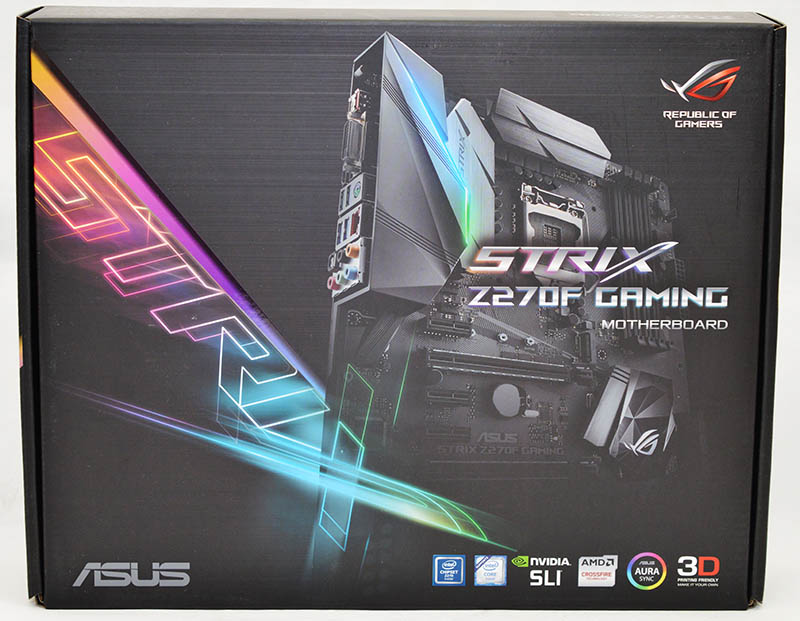 On the rear side, there’s a motherboard layout overview and details regarding the special features. 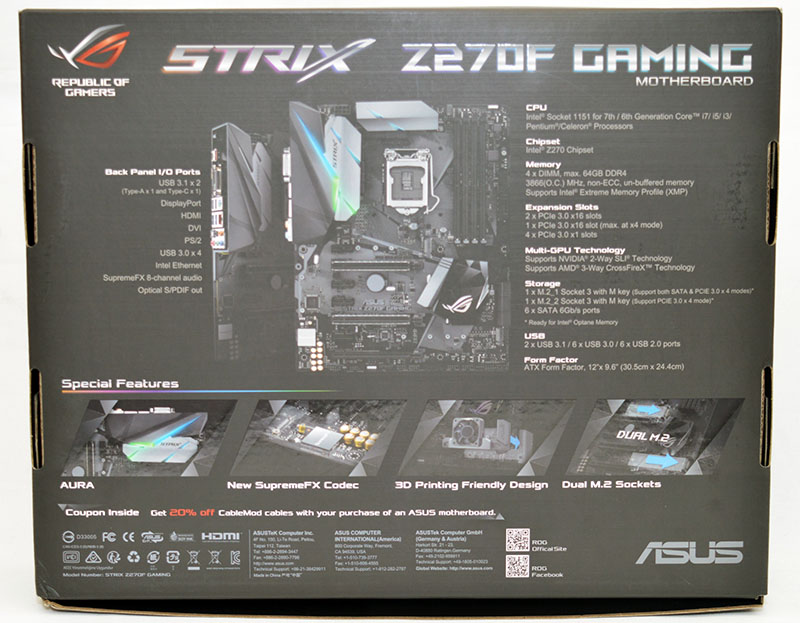