The TUF motherboard is one of the best looking H370 motherboards on the market. It’s the first we’ve reviewed that features a black PCB, which is a nice start. There are some really cool cut-away designs on the edge too, as well as some graphics printed on it that really make it stand out. Remember, this is meant to be a more affordable solution, it sure as heck doesn’t look it though. 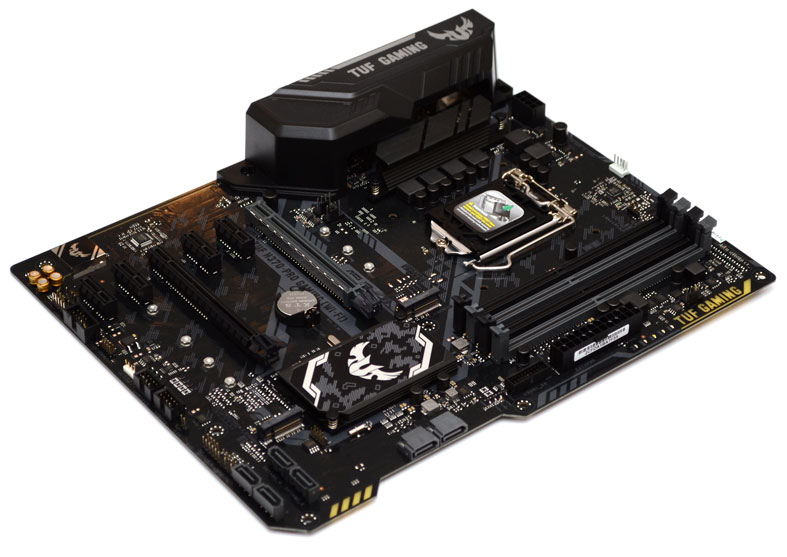 No overclocking means a more cut-down power delivery is all that’s needed. That being said, an 8-pin power connector and some chunky VRM/Choke hardware is still here. The VRM heatsink looks robust too, and I love the addition of that I/O shroud, it really tidies up the aesthetics. 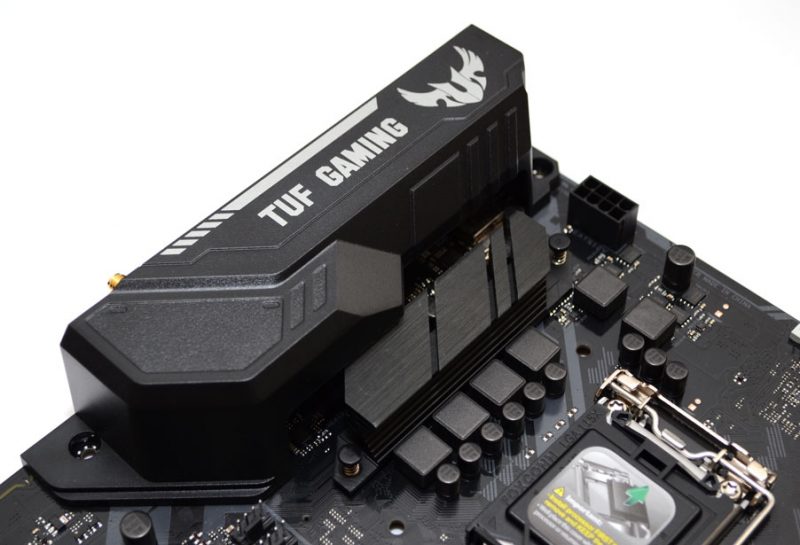 Down the side of the board, you’ll find four DIMM slots, and all the usual power cable hookups, as well as a USB 3.0 header. There are on-board debug lights for power, boot, VGA, etc too, which could help with problem-solving if you have boot issues. 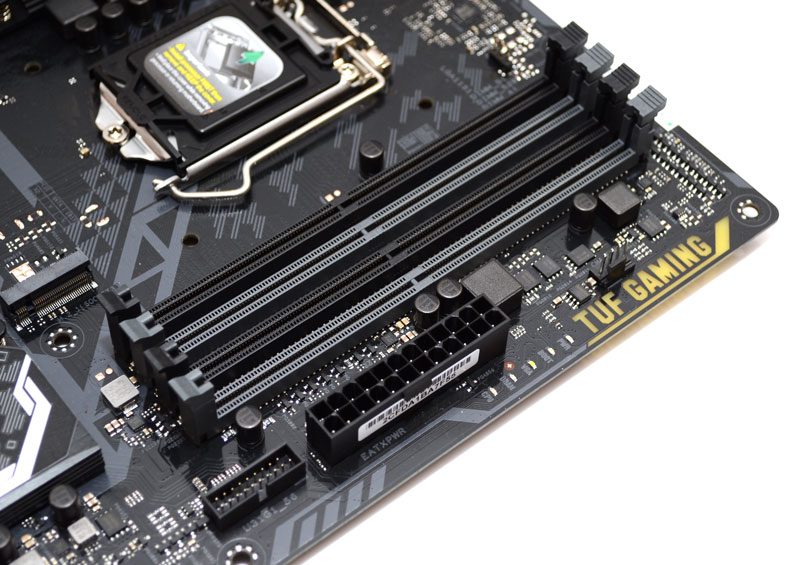 There are six SATA ports on this motherboard, four at the bottom, and two mounted on their side for easy cable routing. 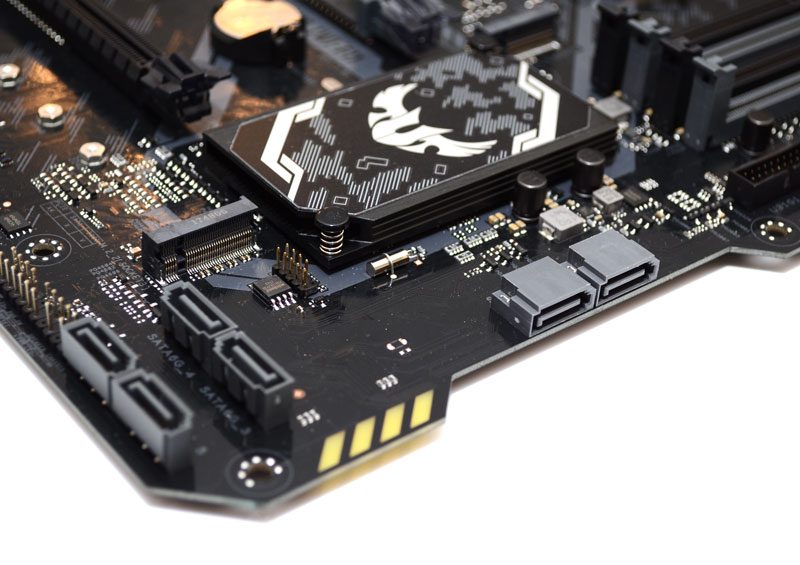 This motherboard makes no excuses, as with six PCIe lanes it’s clearly well suited to the mining market. However, with a full-size PCIe slot at the top with armor, it’ll handy and modern GPU with ease too. 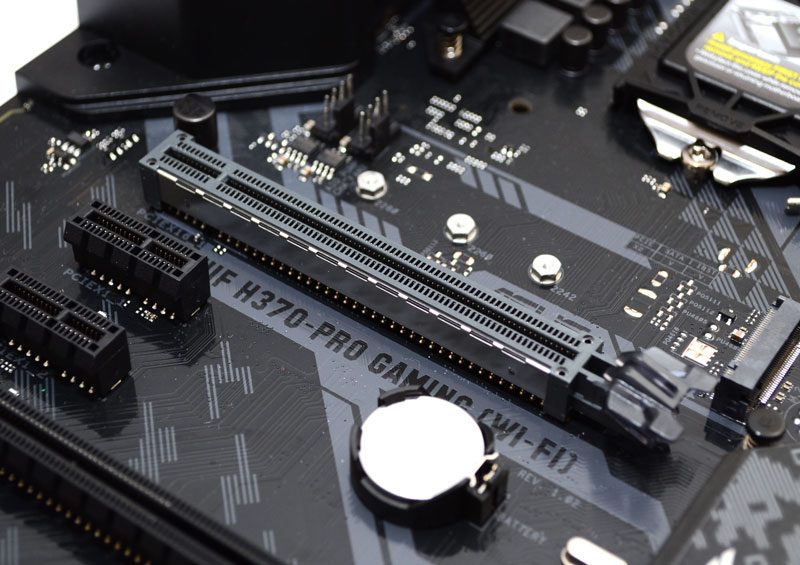 There are two M.2 mounts, offering super-fast storage support, as well as options for Optane drives. 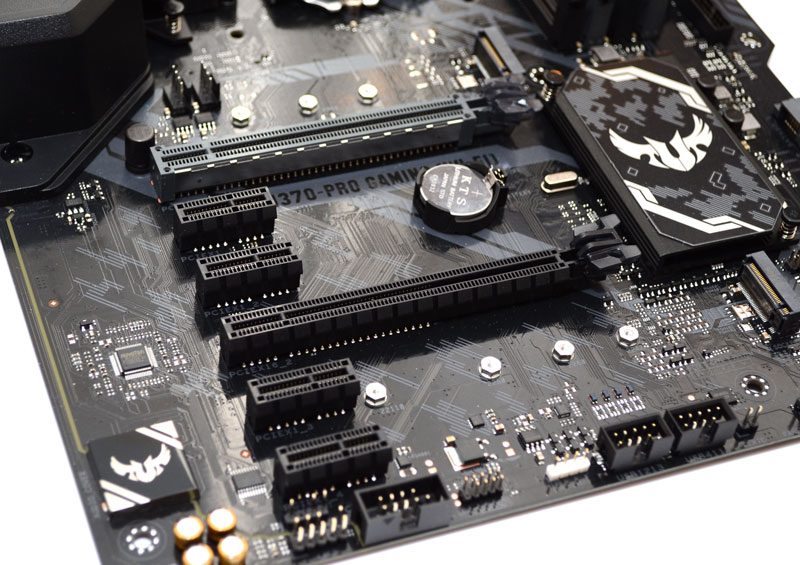 The rear I/O looks pretty decent. There are three display outputs, with DP, HDMI, and an older VGA connection. Furthermore, there are six USB ports, plus an additional Type-C connector. However, there are only three audio jacks though, and no optical. However, I suspect this is plenty for most users, if not all users these days. 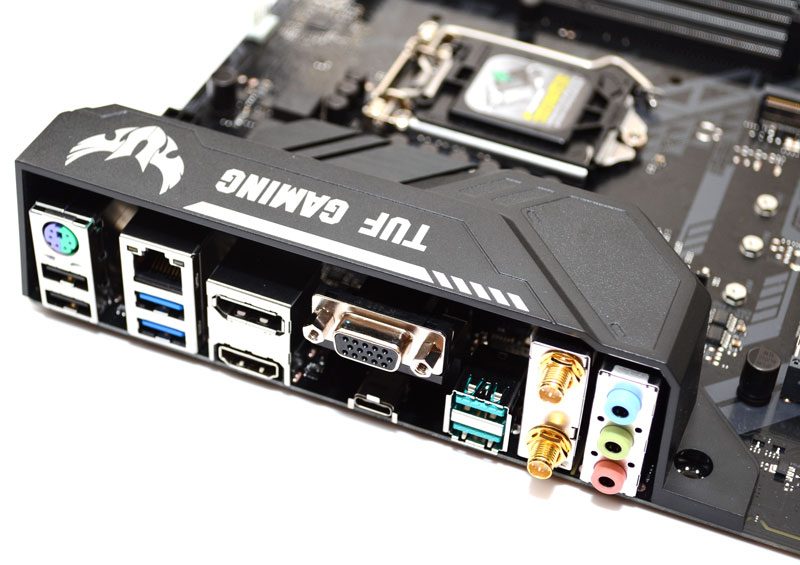