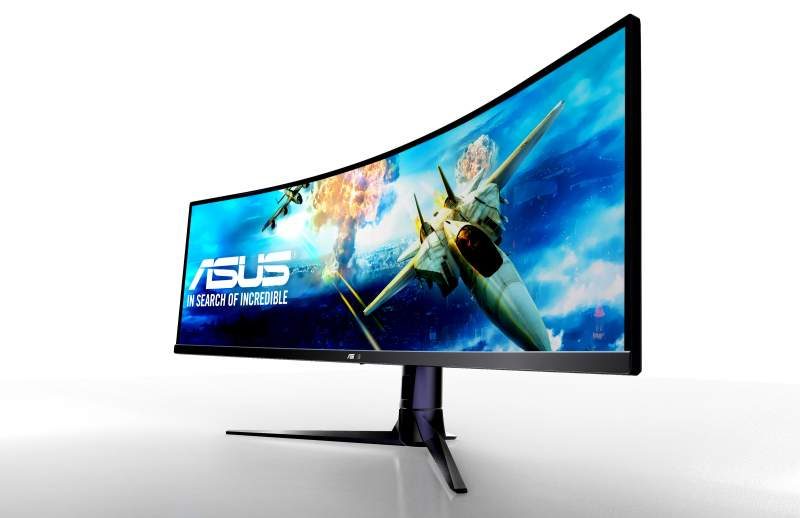 ASUS has several product announcements at Computex 2018 in Taipei. Several of these involve their new massive gaming and professional monitor lineup, including the CG32 4K console gaming display, the VG49V monitor and the ProArt PA34V. These monitors among their other new products are currently on display at the ASUS booth #M410 in Nangang Hall until June 9th.

What About Console Gamers? 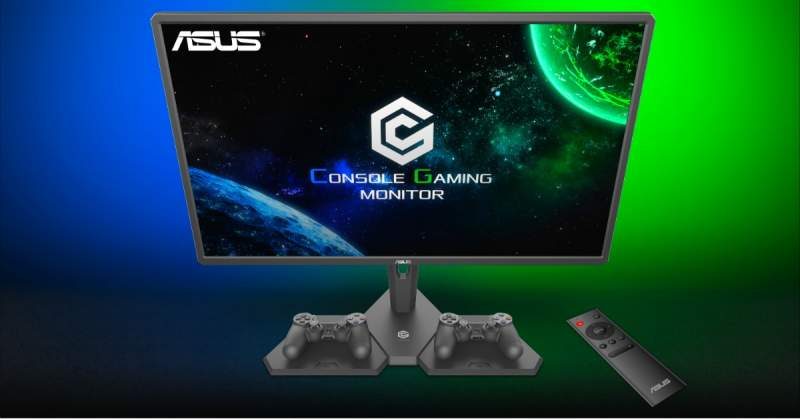 Whether playing with an Xbox or PlayStation, the new ASUS CG32UQ fits most game rooms perfectly. The 31.5-inch VA panel display is at the sweet spot in terms of size; large without being overwhelming. It is capable of up to 4K UHD resolutions so enhanced Xbox and PlayStation games will look sharper. With HDR10 support and Adaptive Sync technologies, the gaming experience is heightened even further from a regular TV display. This monitor  covers 95% of the cinema-grade DCI-P3 gamut and is VESA DisplayHDR 600 compliant.

ASUS is also mindful of input lag which is why the CG32UQ only has just 13ms, in comparison to typical 27 to 50 ms with other TVs. This is highly important for competitive games where reaction times are tight and a delay costs a virtual life.

In terms of connectivity, the CG32UQ has a DisplayPort 1.2 input as well as three HDMI 2.0 ports. Which means users can hook up multiple sources and simply switch between them. 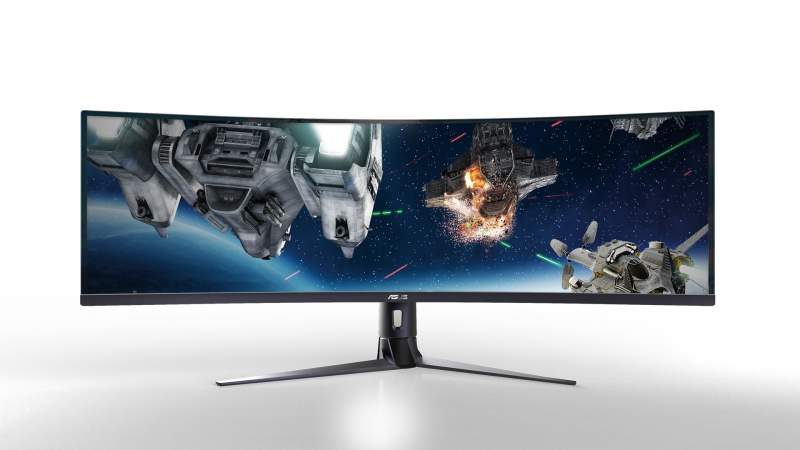 For PC gamers, ASUS is also introducing the VG49V. It is a VA panel monitor that is 49-inches in size diagonally. It also boasts 144Hz refresh rates using AMD FreeSync Adaptive Sync technologies so gameplay is smooth.

In terms of connectivity, the VG49V has dual HDMI 2.0 ports and a DisplayPort 1.2 port. It also features picture-in-picture mode for users who want to use it like two separate 1080p monitors side by side. Like the CG32UQ, it has a low input lag of just 11.9 ms for no-delay inputs while gaming. Moreover, the screen’s 4ms pixel response time ensures that the images on screen appear crisp with minimal ghosting.

How About a Monitor for Professional Users? 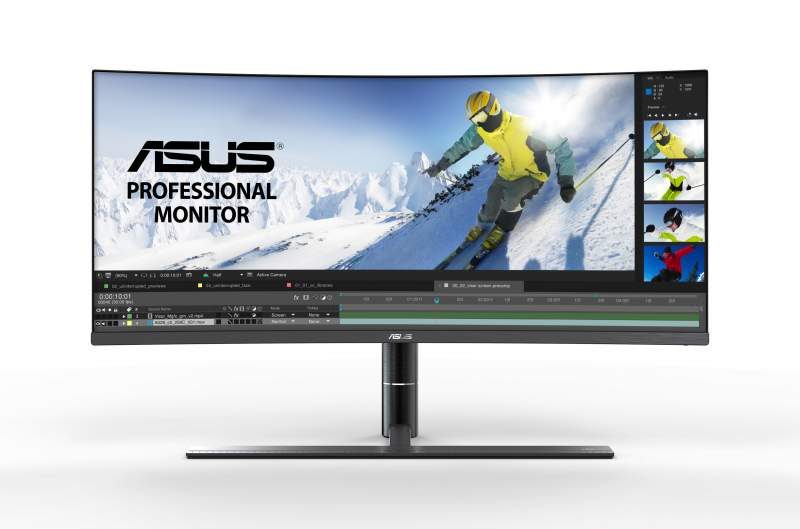 The third display announcement from ASUS includes the latest addition tot heir ProArt professional-grade lineup. The ASUS ProArt PA34V is a 21:9 aspect ratio wide monitor that is perfect for video editing. It has a 1900R curvature and a UWQHD resolution of 3440 x 1440. Since it is a professional grade monitor, it offers complete coverage of the sRGB gamut. ASUS also pre-calibrates each monitor before shipping, ensuring a delta E color difference of less than two.

Just because it is for professionals, it does not mean that users can’t game on it as well. Especially since it is an IPS panel display that supports up to 100Hz refresh rates via Adaptive Sync.  In terms of connectivity, it has two Thunderbolt 3 ports, two HDMI 2.0 ports and one DisplayPort 1.2.