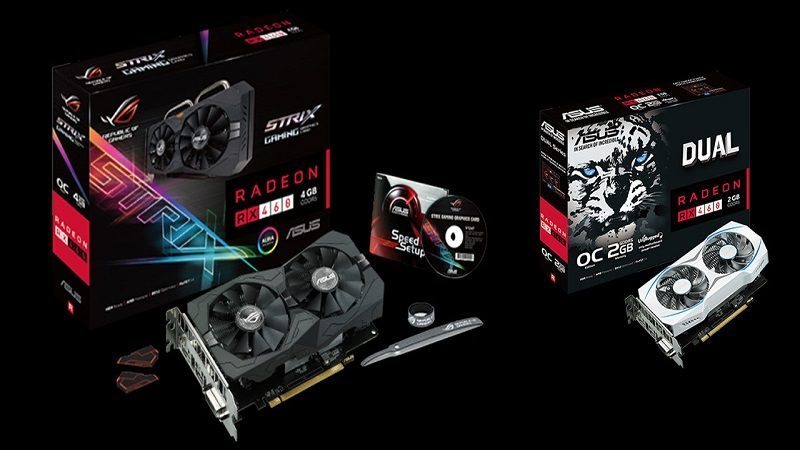 Most of you are already aware by now that the Radeon RX 460 is not exactly a powerhouse, but it’s still good enough for casual gaming. This makes it an ideal pick for gamers on a budget who are mostly looking to play e-Sports titles or more demanding games on modest settings, and those gamers will be particularly happy to find out that Asus has just announced its own RX 460 STRIX graphics card. Featuring the brand’s renowned DirectCU II technology with patented wing-blade fans, this card is cooled by a set of direct-GPU-contact heatpipes that transport more heat away from the GPU when compared to reference design coolers. According to Asus, this can result in up to 30% cooler gaming performance, which is quite a considerable improvement. Furthermore, the DirectCU II technology incorporates dual 0dB fans with a patented wing blade design that improves static pressure over the heatsink by 105% while delivering proper airflow.

We should also mention the Super Alloy Power II components, which are touted to reduce power loss and component buzzing while improving overall efficiency and reliability. The card’s shroud features Asus’ Aura RGB lighting technology, which displays six million colors as well as six different effects. As far as performance goes, this Asus product was able to deliver 8.2%-faster performance when compared to reference designs in 3DMark Fire Strike Extreme, while Hitman saw a more dramatic performance increase of 38.6%.