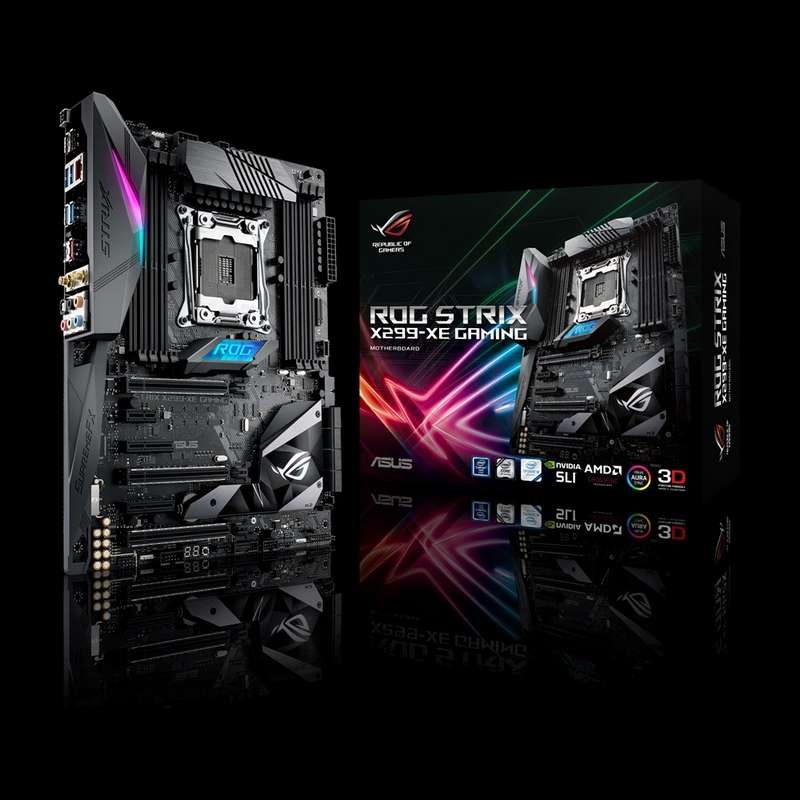 eTeknix has reviewed the ASUS X299-E Gaming Motherboard ROG Strix Motherboard three months ago, but a new X299-XE version has been released. This new version is ready for the 18-core i9-7980XE processor and has a revised VRM cooler design. While the X299-E has a solid heatsink, the X299-XE has airflow channels running across it. This ensures that more airflow gets into the MOSFET heatsink and lowers the operating temperature. Much of the features remain the same as the X299-E, including the layout and appearance. 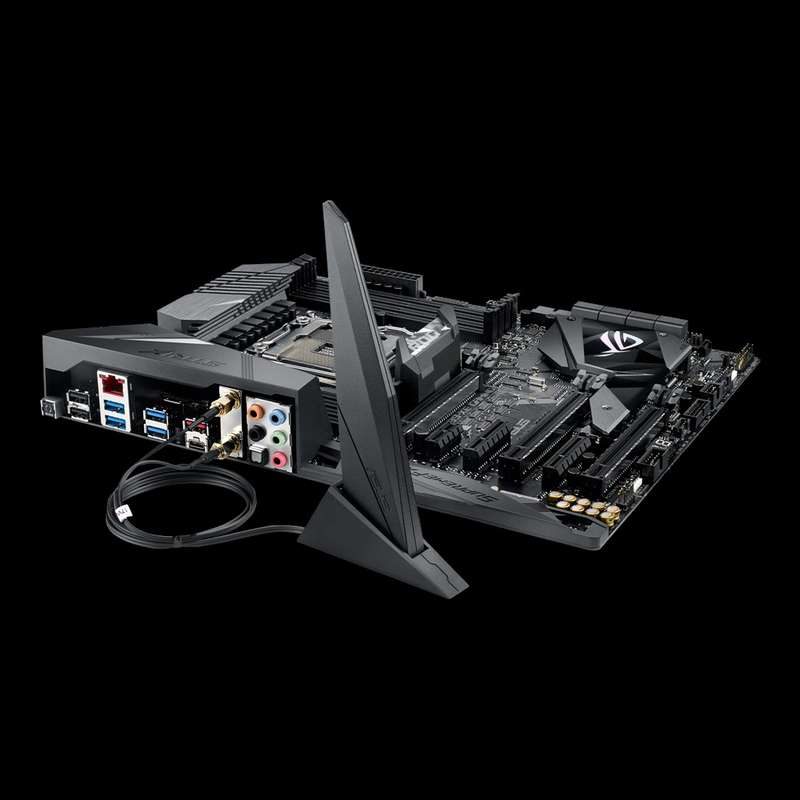 The X299-XE Gaming motherboard has the expected Aura Sync RGB LED header available. However, unlike other RGB LED motherboard headers in the market, the X299-XE Gaming is capable of using individually addressable RGB strips. There is also a holographic RoG LED design below the CPU socket, and on the IO cover. Each package also comes with a bonus addressable RGB LED strip, fan, fan bracket and VGA holder.

It is not all about looks of course. The X299-XE is also highly functional with a vertical PCIe x4 M.2 slot available, as well as another PCIe x4 M.2 slot with with a heatsink. This heatsink is actually part of the PCH chipset itself, so it looks very uniform.

In terms of network connectivity, all solutions are from Intel. This includes an i219-V Gigabit LAN port available as well as a 2×2 Dual Band Wi-Fi card with antenna pre-installed. 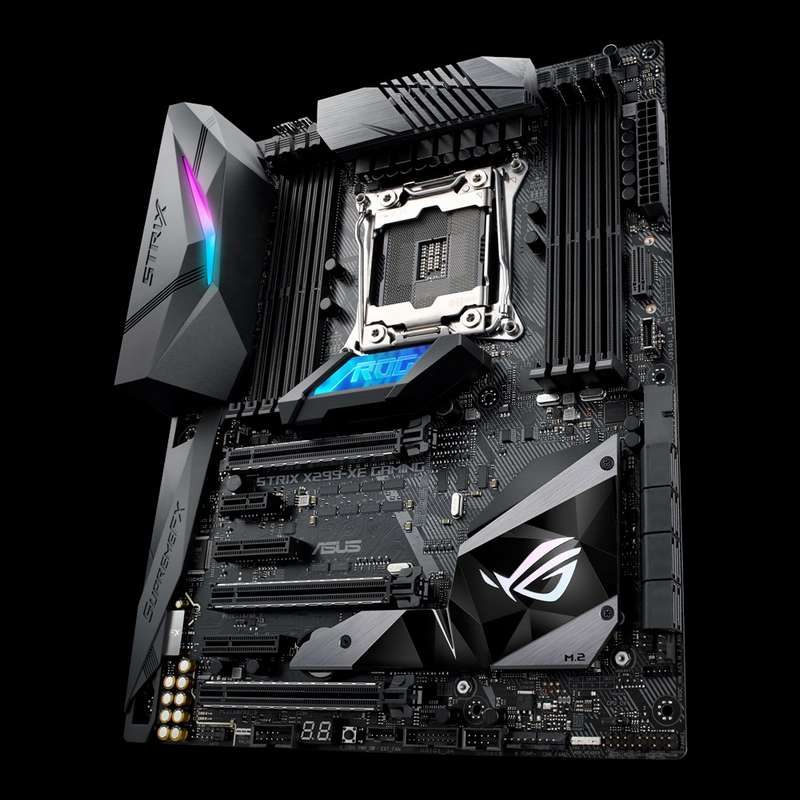