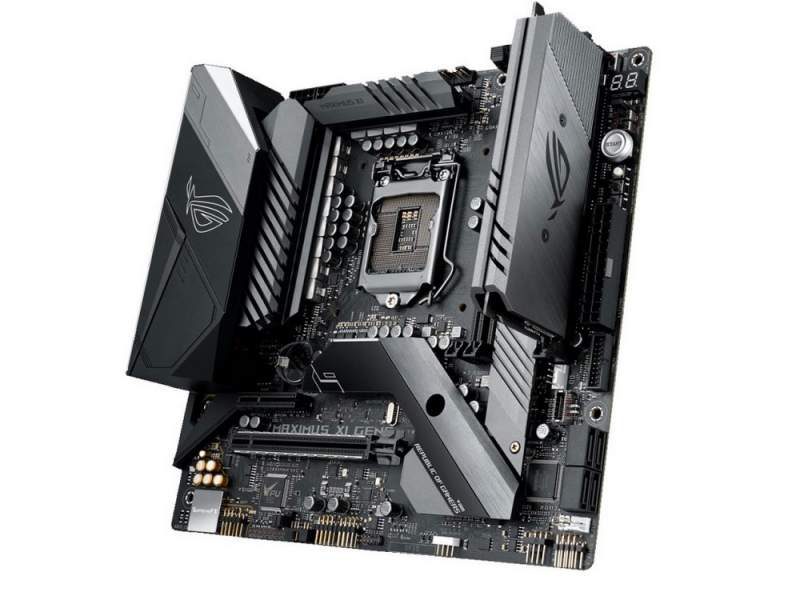 Now Available in the UK

Three months ago images of ASUS‘ Z390 Maximus XI Gene motherboard leaked out (via VideoCardz). This is good news for Republic of Gamers fans since the micro-ATX Gene series has been discontinued for a while. Apparently ASUS was not selling enough of their ITX and micro-ATX RoG boards back then. With renewed interest, the micro-ATX option is back and it is better than ever. 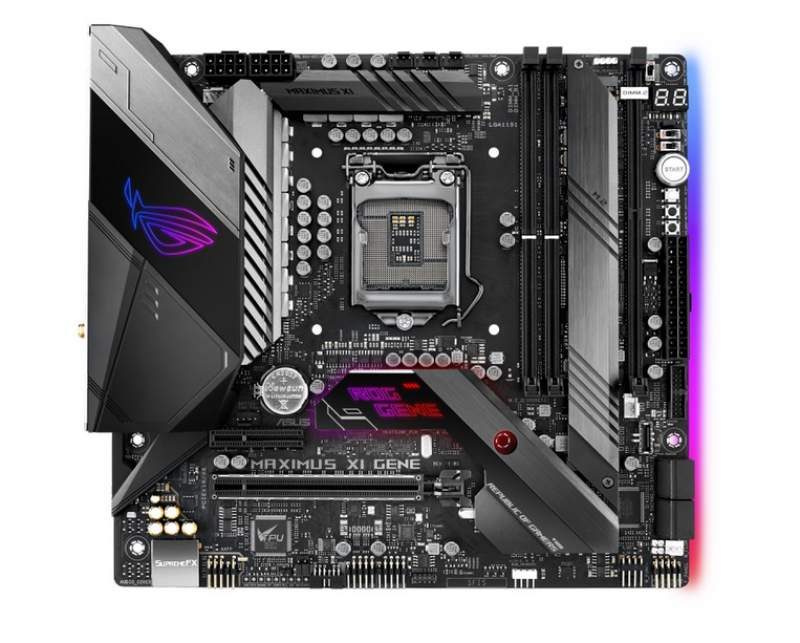 In fact, this Maximus XI Gene packs a lot of features for its size. The Maximus XI Gene also features the ASUS-exclusive DIMM.2 slot. The board also doubles down on the M.2 slot feature by adding two more. These are covered with an M.2 shield and take up the space reserved for two additional DIMM slots. So this leaves the Maximus XI Gene with just two standard DDR4 DIMM slots for memory.

However, it is one of the few boards that support he new double capacity DDR4 modules. So users can still pack plenty of memory across just two slots. We have seen these “DC” modules launch two months ago from ZADAK and G.Skill.

ASUS also does away with two SATA ports, leaving this micro-ATX ROG board with four SATA 6G ports available. There is an RGB LED logo above the IO cover as well as on the chipset heatsink area.

Where Can I Buy the Z390 Maximus XI Gene Motherboard?

Overclockers UK now has it in stock and it is available for £308.99.

Unfortunately for users across the pond, so far it does not appear to be available in North America as of yet.