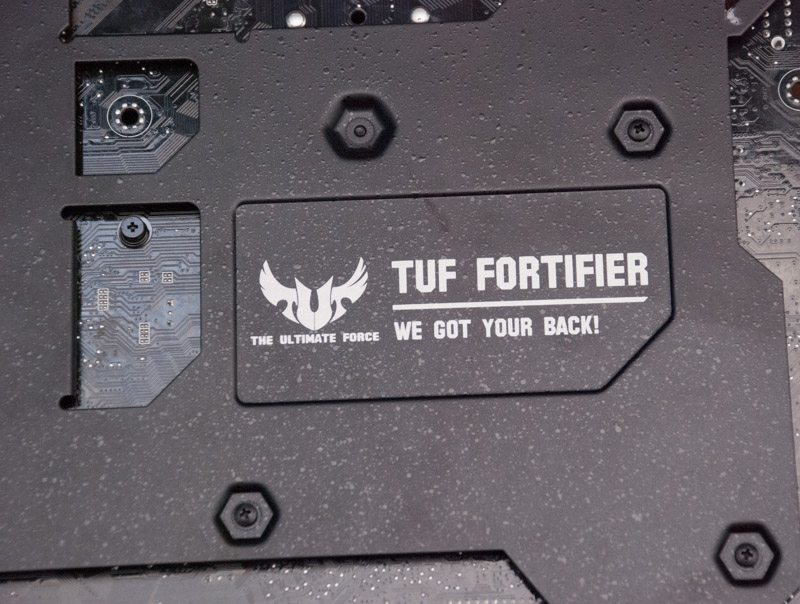 The ASUS Sabertooth/TUF series of motherboards is well known throughout the computer hardware industry as being one of the most rugged motherboard designs available. ASUS put the Z87 Sabertooth that we have here today through hell and back before the motherboard is delivered to end users. Of course the motherboard has to survive this endurance test before it makes it to consumers and the fact we’ve received this one here today with its certificate of reliability tells us it has passed the strict testing procedures. The ASUS Sabertooth Z87 is a feature packed motherboard but it isn’t your average enthusiast class motherboard. Unlike most motherboards which are often targeted at budget users, gamers and overclockers the ASUS Sabertooth Z87 is aimed at at different niche – those concerned with stability, reliability and durability.

The biggest selling points and features about the ASUS Sabertooth Z87 are to do with stability, reliability and durability. They include ASUS’ newly designed TUF Thermal Armor, the TUF Thermal Radar, TUF Fortifier, Dust Defenender and TUF Engine Power Design using military-spec components. Of course it also has other ASUS mainstay features such as their UEFI BIOS, OC Tuner, USB 3.0 Boost, TurboV Core and so on. Being an Intel Z87 motherboard you’ve also got the full benefits of the Z87 chipset including native SATA III support, native USB 3.0 support and the LGA 1150 socket which includes Haswell CPU support and PCI Express Generation 3.0 support. The Z87 Sabertooth balances a combination of abundant features and high performance with the Sabertooth/TUF philosophy of stability reliability and durability. Before we proceed don’t forget to check the full specifications below for a recap of what the Sabertooth Z87 from ASUS has to offer: 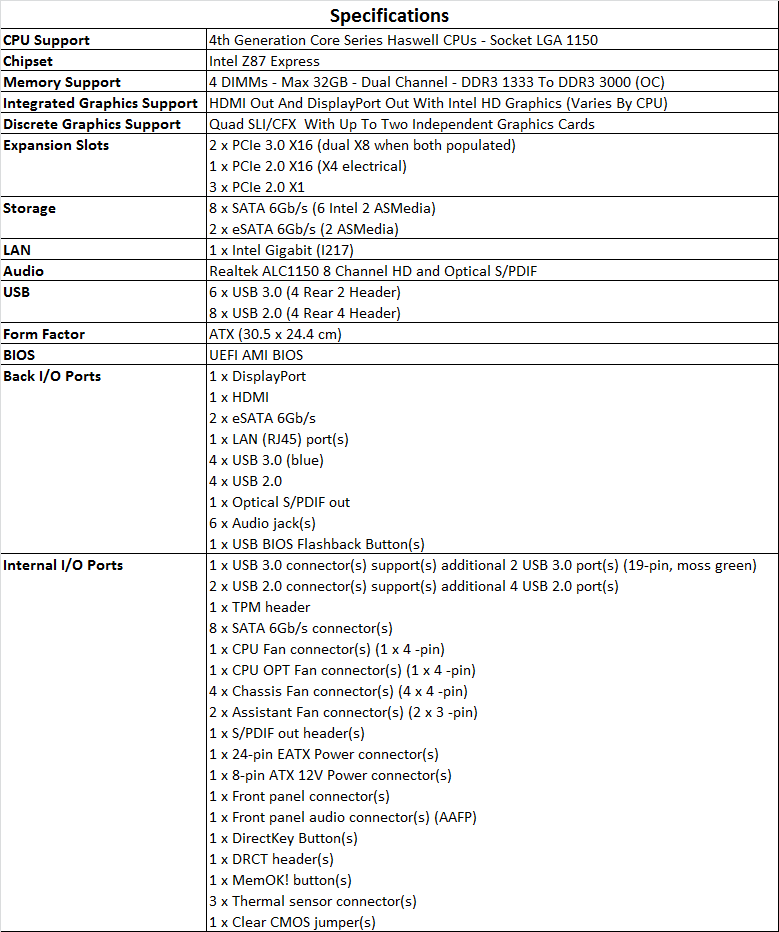