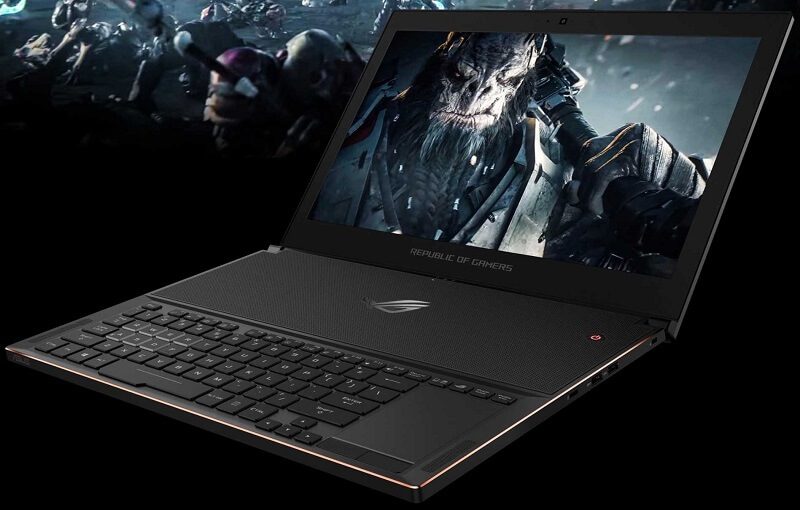 ASUS has a long history of creating high-end gaming hardware, and they look set to embody all of that with their latest gaming laptop, the RoG Zephyrus. This is the world’s slimmest gaming laptop with an NVIDIA GeForce GTX 1080, which also makes it one of the most powerful gaming laptops in the world!

“ROG Zephyrus is a revolutionary gaming laptop born from ROG’s persistent dedication to innovation. Despite being thinner than all previous ROG laptops, it has the hardware to rival high-end gaming desktops”

Utilising the revolutionary Nvidia max-q design, it is capable of blending performance, acoustics, and ergonomic like never before. Using the NVIDIA GeForce GTX 1080 graphics card, it can deliver blazing gaming performance for the Zephyrus. The graphics card is down clocked slightly from the desktop version, and the cooling has been redesigned for the laptop form factor; this is called Max-Q. Equipped with a 120hz G-Sync display, the Zephyrus is able to deliver silky smooth gameplay that takes full advantage of that Nvidia Max-Q design graphics card.

“ROG slimmed the body to a mere 16.9-17.9mm while maintaining powerful cooling and unbeatable acoustic efficiency thanks to a clever new air-flow design: Active Aerodynamic System. The sleek chassis also includes an RGB keyboard that will feel familiar to gamers who typically play on desktop PCs.”

Equipped with an Intel Core i7 7700HQ 7th-generation processor, DDR4 memory, and a 512GB PCIE Gen3X4 SSD, the Zephyrus is obviously going to be fast for work and gaming. Of course, for an almost £3000 laptop, it has to deliver a premium experience in every aspect, so let’s take a closer look.

In the box, you’ll find the power cable and power adaptor brick, a rubber ergonomic wrist rest, as well as an ASUS gaming mouse. The mouse and wrist rest are really nice extras, especially for a gaming laptop and they’ll certainly be put to good use by anyone who buys it. 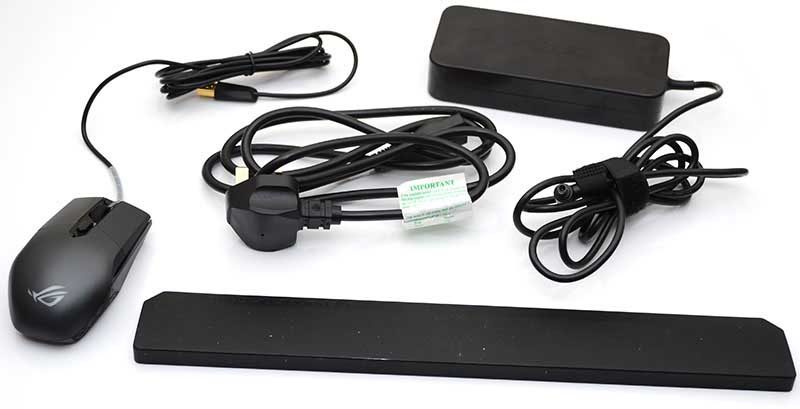