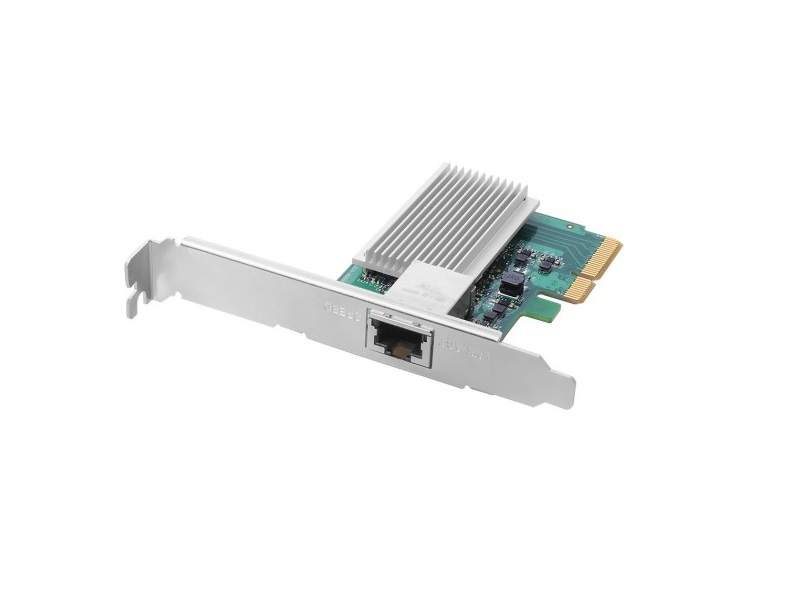 ASUSTOR Inc. has launched the AS-T10G 10G Base-T network card. It provides customers with the ability to upgrade their devices to the fastest speeds available for consumers.  Furthermore, aside from 10GbE speeds, it is also backwards compatible with 5GbE, 2.5GbE, 1GbE and 100MbE speeds while sporting an RJ-45 port.

What is Included in the AS-T10G Package?

A NAS bracket for the AS7008T and AS7010T is available for purchase separately to upgrade to 10GbE speeds.

Which ASUSTOR Products are Ideal with the AS-T10G? 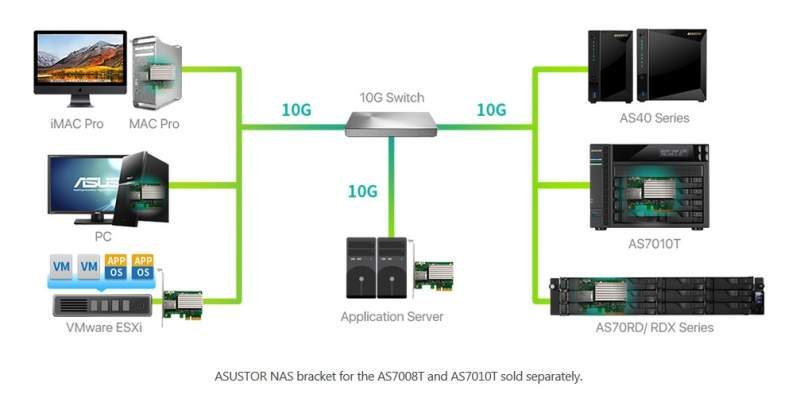 Users can set it up with 10GbE NAS devices such as the AS4002T, AS4004T, AS7008T, AS7010T, AS7009RDX and the AS7012RDX. This allows workstations and NAS devices to communicate at ever higher speeds, across a variety of cost requirements.

How Much is the AS-T10G Expansion Card?