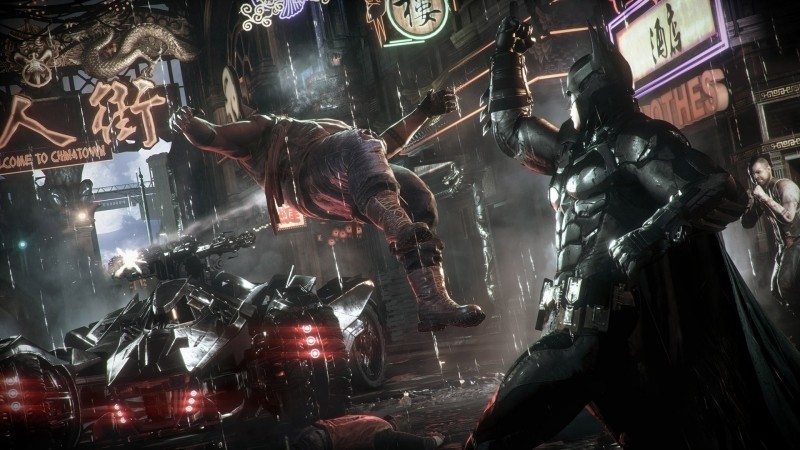 Warner Bros. re-released Batman: Arkham Knight for PC yesterday (28th October), after an initial launch back in June saw the release of a broken, buggy game that angered many customers. Despite numerous delays to the game’s release at the insistence of developer Rocksteady, Warner Bros. still went ahead with the release of a game it knew was broken, and has had to do a lot of work to make the PC version playable, but reports from gamers suggests those efforts were for naught.

Hours after the game hit Steam again, Warner Bros. were forced to issue a statement via its Steam page warning that Windows 7 users may hit hard drive paging issues after playing for long periods – resolved by “simply re-launching the game” – and that Windows 10 users require 12GB of RAM for a playable experience.

“Hi everyone! I’m going to jump in and help out Yorick as a second pair of eyes and ears for you all.

With the game now available for sale, I wanted to provide a status update since the release of the September patch.

As we confirmed earlier today, the PC version of the game now supports all add-on content that has been released thus far for console. The configurations for this content are being updated now and we expect everything to be available in the next few hours. We’ll confirm when this process is completed.

After extensive testing, a hard drive paging issue with some GPUs on Windows 7 may occur after extended gameplay sessions. If you encounter this, simply re-launching the game will resolve the issue.

For Windows 10 users, we’ve found that having at least 12GB of system RAM on a PC allows the game to operate without paging and provides a smoother gameplay experience.

UPDATE: We became aware of an issue with the Season Pass DLC content where it was not being downloaded automatically. We’ve recently resolved this issue with help from Valve, and everyone should be receiving their Season Pass content now.”