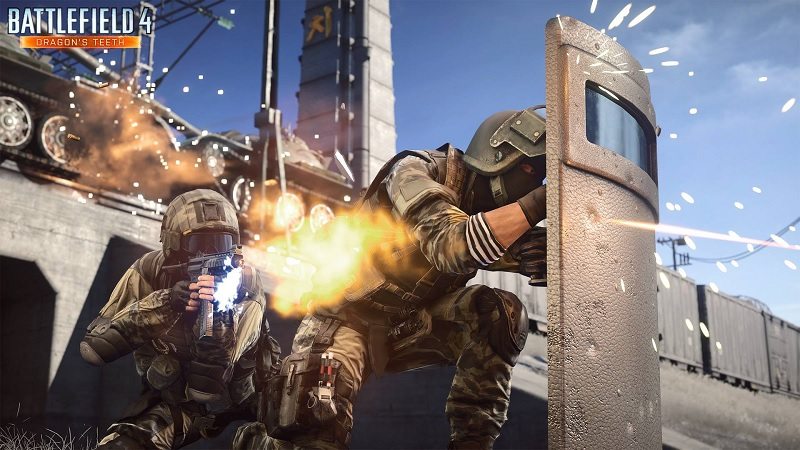 Battlefield 4 Dragon’s Teeth is the latest DLC for the base Battlefield 4 game. The new DLC will launch July 15th for Battlefield Premium members and 2 weeks later for everyone else. EA and DICE have released a teaser trailer ahead of its release which you can see below:

Battlefield 4 Dragon’s Teeth will add four new maps to the game, all set in Asia, called Lumphini Garden, Pearl Market, Propaganda and Sunken Dragon. Each map will have its own “Levolution Mechanics” and gamers will be able to use a ballistic shield: something they have been asking for since the game was released.  The DLC pack introduces a new game-mode too called Chain Link which EA describes as:

Dragon’s Teeth is the fourth piece of DLC offered to Battlefield 4 fans following on from China Rising, Second Assault and Naval Strike. The final piece of DLC, expected to be called Last Stand, will arrive soon.