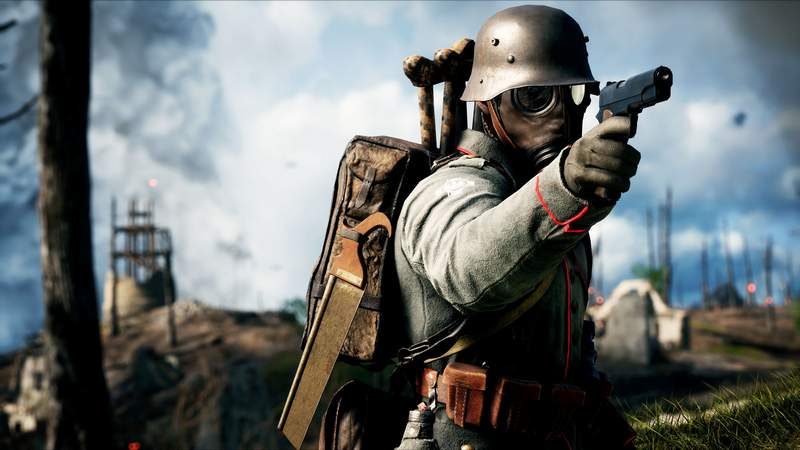 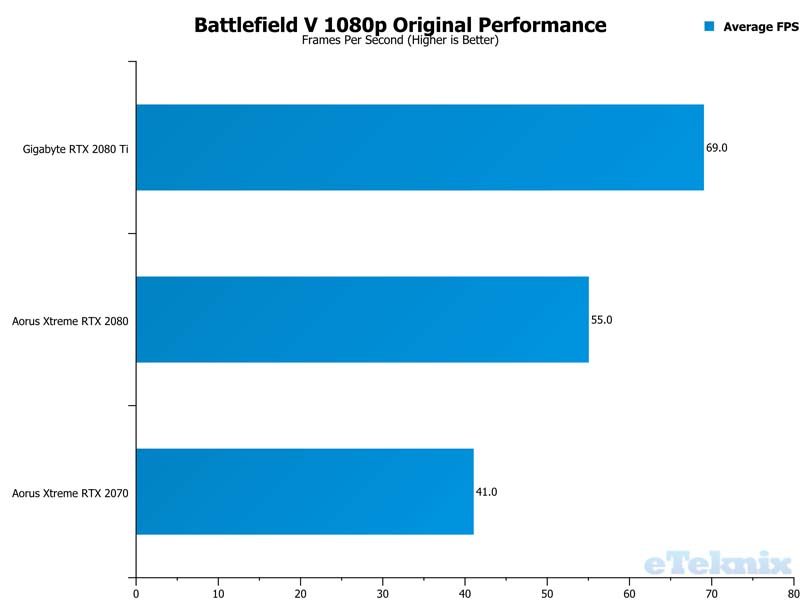 With the updated drivers and the game update, the difference is night and day. With pretty much a 35% improvement on each card, and even the RTX 2070 getting close to that 55 FPS target. I should add that’s a very demanding scene we test, but more on this on the last page. Just keep that in mind though. 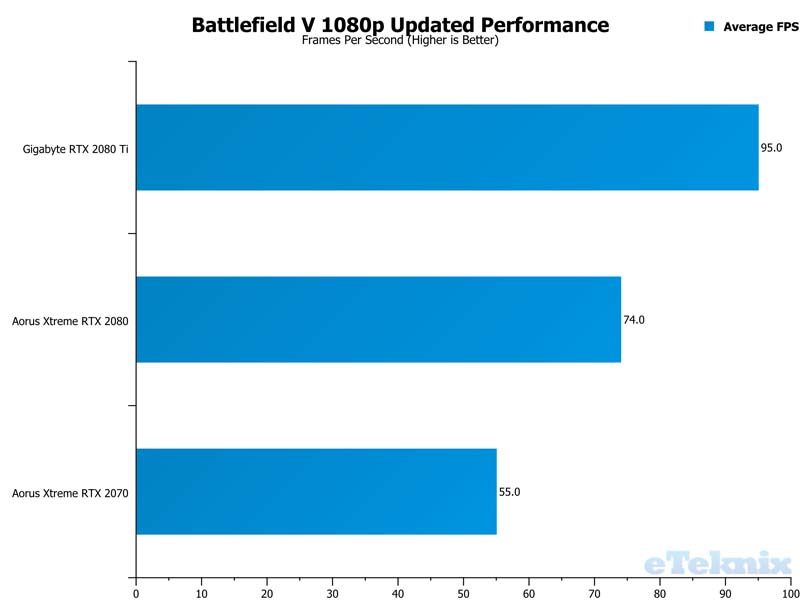 At 1440p, the RTX 2080 Ti was pretty much the only card worthy of running the game at good frame rates. The other two cards were pretty uhm “cinematic” I would say. 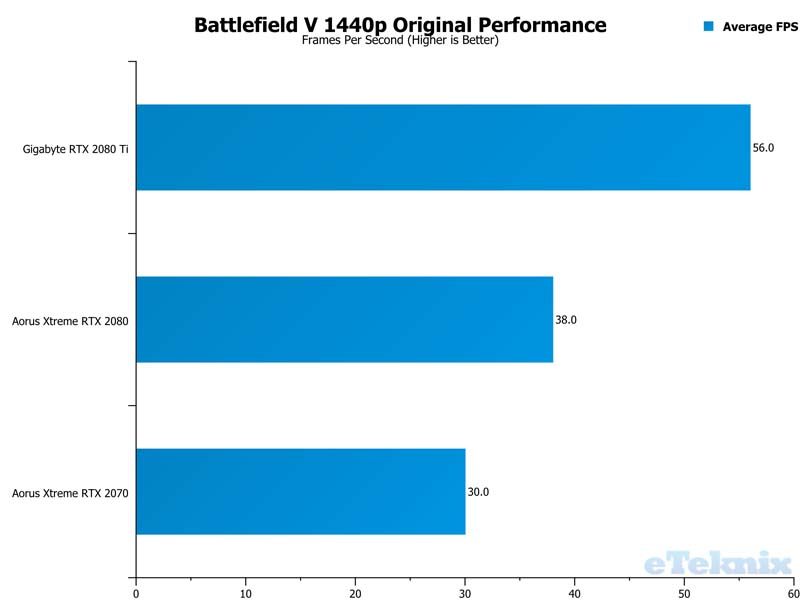 Now with the update, we see our most shocking blow your mind OMG figures yet. All three cards are now very much playable with DXR enabled at 1440p. The RTX 2070 alone saw an improvement of 80%, that’s not a typo, that’s eighty percent improvement. Even the RTX 2080 was 55% and the 2080 Ti nearly 27%. 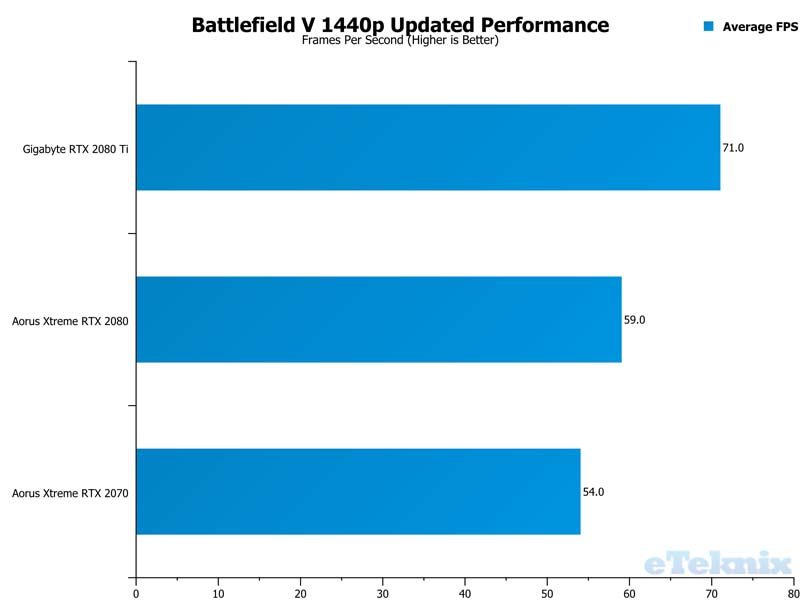 This was the test that killed all three cards. Even the super expensive flagship RTX 2080 Ti fell short of a smooth gaming experience here, which is a real shame. 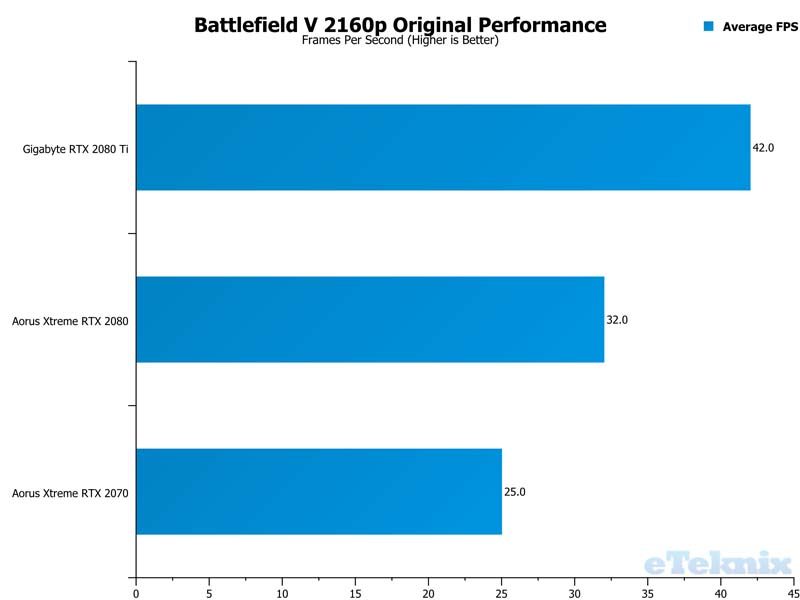 With the update, things still aren’t quite there to play at “high” settings, but there is some improvement. The biggest improvement was the RTX 2070, then the RTX 2080, both in the low 20% of improvement. The RTX 2080 Ti only got 3 extra frames. However, this limitation is more on the raw GPU power, the demanding graphics, rather than just all the burden on DXR. Either way, there were improvements, which is a step or two in the right direction. 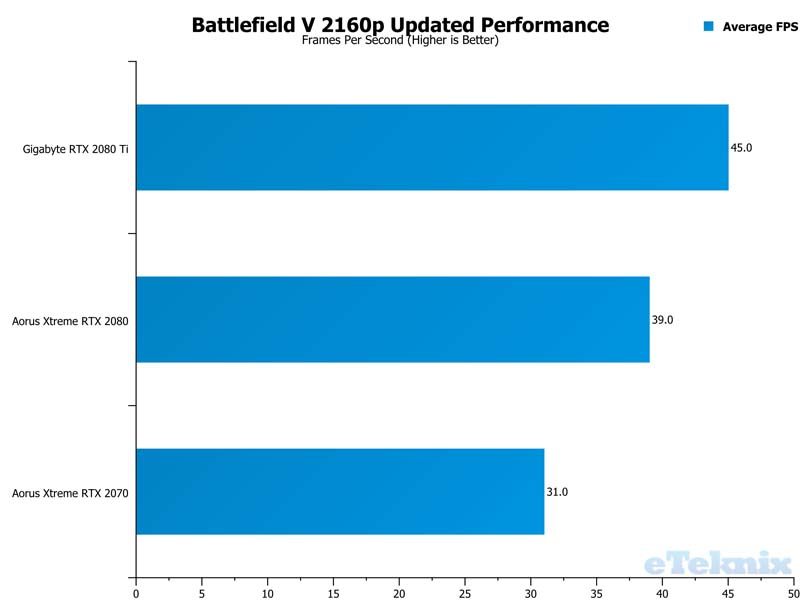 So here we have the same performance figures as above. However, I’ve put them on the same charts, with the original DXR results in red and the updated performance in blue. As you can see, there really is some staggering improvements here. You can see just how much that RTX 2070 improved at 1440p, still the most impressive result here today I think. 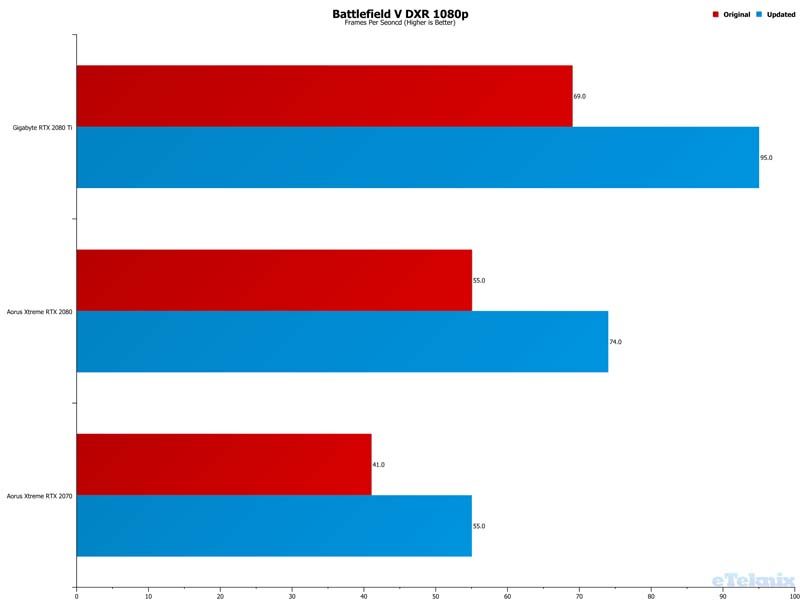 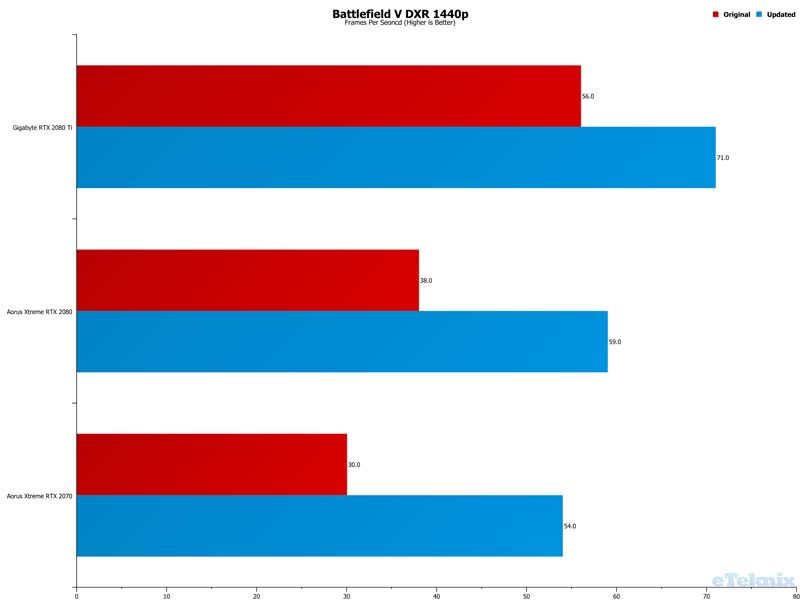 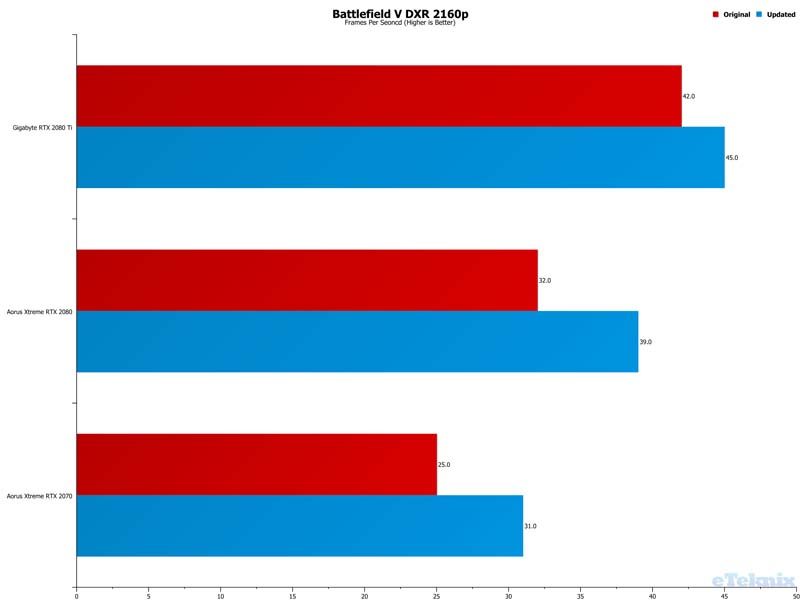 Nvidia claimed an up to 50% improvement for some cards at certain settings in certain scenes on certain hardware. There are so many variables between systems, and benchmark runs too. This game has no built-in benchmark tool, so myself, and other reviewers have to pick a scene, replay it and basically work this out as we go. We used the Narvik Dock scene which is very demanding. Other scenes did give around 10 FPS higher results; such as the tank section in Libya which ran very high frame rates in all tests; as did the flying scenes in Germany. 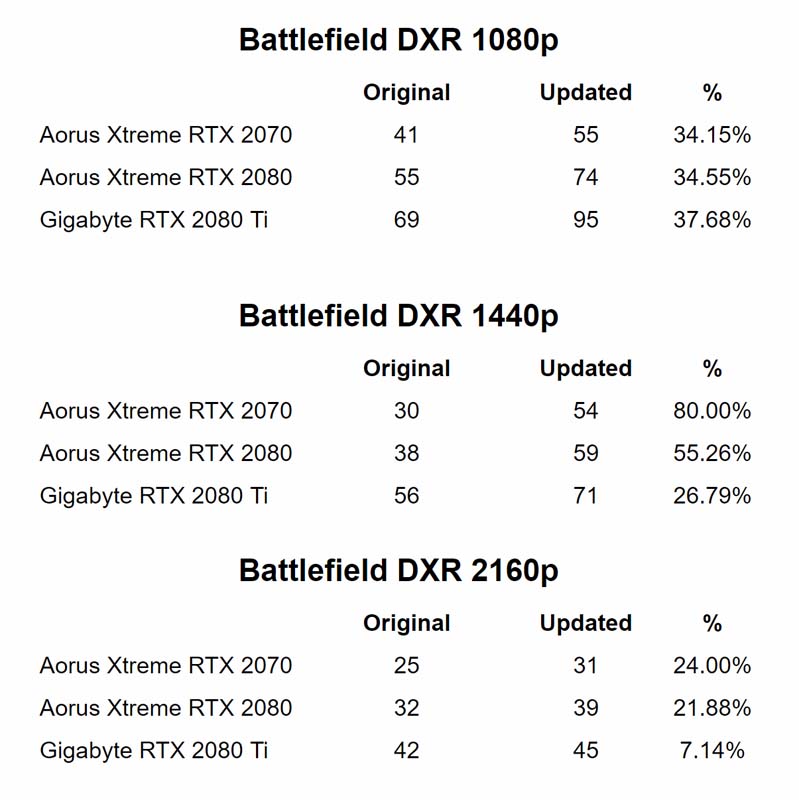