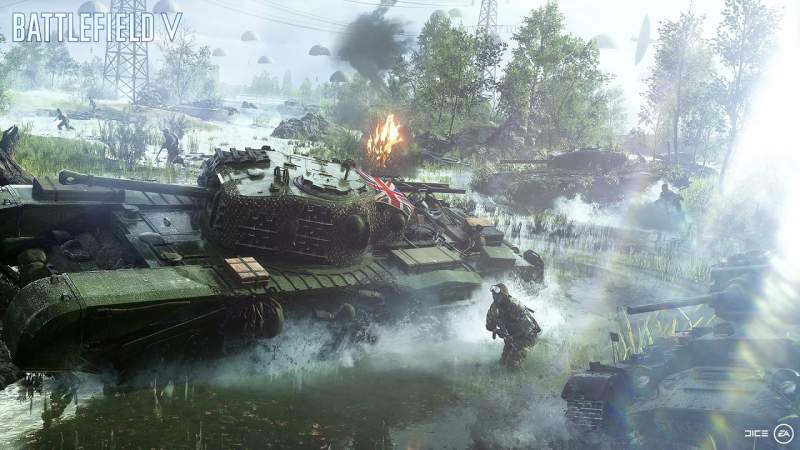 DICE has apologized after a brief delay, but they have finally released the latest update for Battlefield V in the wee hours of the morning. No doubt requiring some last minute checks and overtime.

Our sincerest apologies for the delay. The team agreed it was best for the game’s health to hold off and fix the issues, so thank you for being so understanding! pic.twitter.com/2x3NvbGU7s

However, fans will be thankful since this brings the first Chapter of Tides of War. It adds a new War Story titled The Last Tiger, a brand new multiplayer map called Panzerstorm, and a Practice Range where you can hone your skills.

The War Story Last Tiger is the German campaign perspective War Story which DICE announced two months ago. The Last Tiger’s gameplay is built around tank combat in an urban environment. This is a setting where managing sight lines and tank facing are key.

The latest map Panzerstorm is also Tank-related. It is set during the first major tank battle of the war, larger than any that came before. In the first few days of the Battle of Belgium, Axis armor steamed ahead of infantry forces into Hannut, clashing with Allied tanks in the rolling hills and farmland of the Belgian countryside.

What Else is New in Battlefield V?

The DICE dev team is also announcing that there are several changes in-game based upon the feedback from the Battlefield community. Most of these fixing issues reported by players for the past few weeks.

Some of these fixes and changes include:

…and a lot more. The full changelog is outlined in this PDF file from the developers.