Battlerite Royale by Stunlock Studios to Come out in September 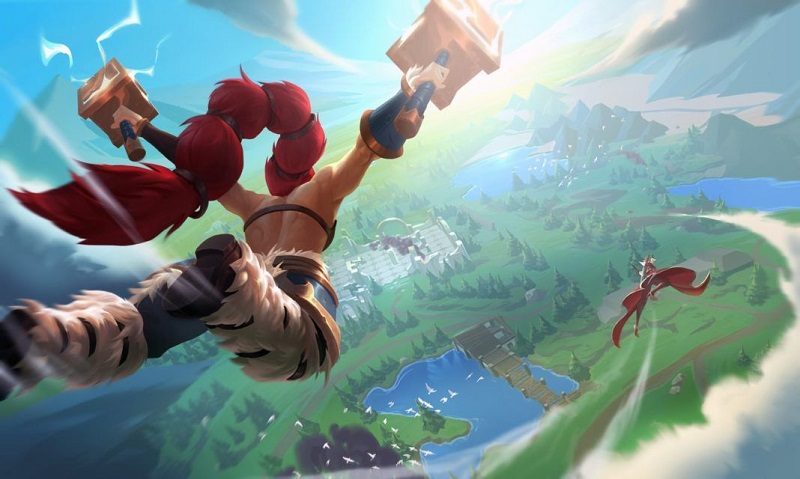 We already know that the MOBA and Battle Royale game market is quite saturated. Surely, this won’t deter some companies from releasing these types of games in the future, but they shouldn’t really expect too much success. We’ve seen promising titles such as Paragon, Dawngate, and Gigantic which eventually kicked the bucket, but now, a company named Stunlock Studios has decided to take on a different approach. Battlerite Royale is not your average Battle Royale game, and it’s not a usual MOBA either. It’s a strange combination of both genres, and I’m not quite sure what to make of it yet.

To be fair, this top-view action MOBA battle royale game has a few unique elements. Apparently, it will hit Steam Early Access on September 26.

Well, the game starts off pretty much like all Battle Royales out there. The player skydives on the map from the back of a wyvern, and he begins to explore the surrounding areas while gathering supplies for the battle ahead. When players do clash, they rely on their gear and their skill in order to come out on top. The MOBA-inspired elements include 20 heroes to choose from (at launch), each with its own abilities, strengths, and weaknesses. Marketing Director at Stunlock Studios, Johan Ilves, issued the following statement:

“Our take on the genre differs a lot from the FPS Battle Royale games out there. Battlerite has always been about arcade-like MOBA action, and we want to stay true to the core of it while scaling up the experience and adding new exciting elements. With 20 different classes to pick from, a bird’s eye viewpoint and a unique combat system, we are confident that we will stand out in this crowded market. This is not only the Battle Royale game all MOBA players have been waiting for, it’s a treat for any BR gamer who wants a fresh take on the genre.”