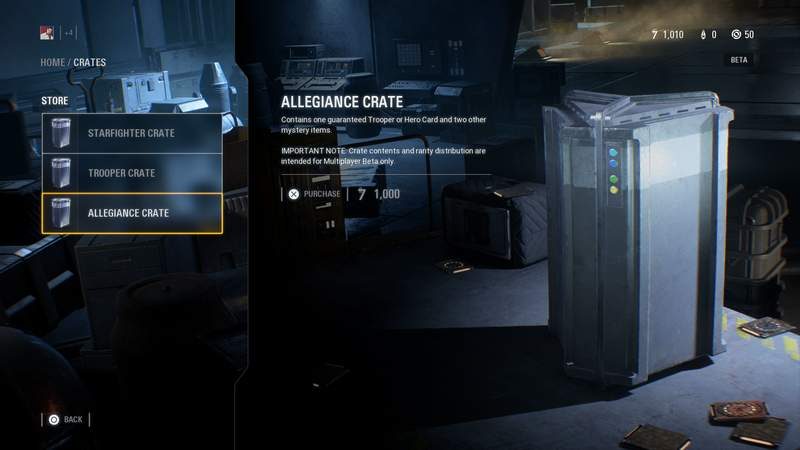 UPDATE: November 22, 2017: It appears that the commission is still deliberating about the topic and that a miss-translation of Belgium’s Minister for Justice, Koen Geens’ statement regarding the matter caused some confusion.

Belgium’s Gaming Commission has now ruled that loot boxes in games should definitely be classified as gambling. News of the commission investigating video games such as Star Wars Battlefront II specifically surfaced last week. This EA game offers a way to purchase loot boxes with in-game credits (which can be bought with real money). These loot boxes then provide bonuses but because the user does not know what they are getting prior to opening the loot box, it is technically a gamble. The minister of justice wants the feature banned entirely in the EU.

The commission also investigated Overwatch which has a similar loot box-style monetization. Users can purchase credits which they can then use to get additional skins, sprays or other extras. However, they can also opt to buy loot boxes for less credits, but has a randomized chance of getting items. Some other games also have a wager-style gambling such as in Counter-Strike GO which will most likely fall under the same classification.

Although on the surface it may seem like harmless fun, research firm SuperData has found a link that 55% of UK gamers 25 to 34 years old graduate from virtual-gambling to real money gambling. Gambling in video games is also more insidious. Overwatch has a PEGI rating of 12, and Star Wars Battlefront II has a PEGI rating of 16. Which means it is essentially promoting gambling to minors.

Other Countries Also Weighing in on the Gambling Issue

Other than Belgium, the Dutch are also looking into regulating loot boxes in games. They have not concluded their investigation yet. However, if found to be in violation of Dutch law, then the companies will incur penalties.  The UK parliament has also begun looking into the issue, and they will most likely arrive to the same conclusion as Belgium.