Bendable Phones Could Come As Soon As Next Year 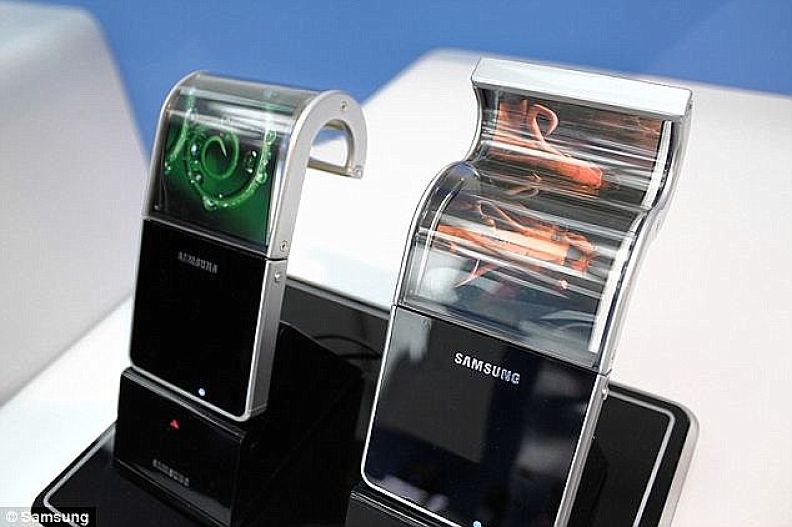 Phones change. From the blocky phones you one had built into the car, to the flip phones and touch screen devices we now use to play games and listen to music, phones have advanced to a stage where the device is as capable as a small tablet. The one thing that has changed is their design has been static, A large block phone, two halves which unfold from one another, even modular designs like Googles Ara are static in their design. Samsung wants to change that, with bendable screens coming as soon as next year.

Reports seem to indicate that we could soon have two foldable mobiles. One of the devices is reported as being a mobile phone that folds in half while the second is a 5-inch screen that can be unfurled into an 8-inch display “similar to a tablet”.

With the devices named under “Project Valley”, the initial report indicates that Samsung could reveal either one or both of the devices in February when the Mobile World Congress takes place in Barcelona. Samsung has declined to comment on the initial reports, seeming to only inspire confidence and curiosity.

Would you use a bendable screen? I’m quite interested in one with an expanding screen, turning a smartphone into a tablet at a moments notice.

EDIT: It should be noted that the picture above is of an early concept, showing that bendable screens were possible. With no pictures of the current soon to be revealed handsets, we can only wait to see what the new devices will look like.