BeQuiet Show Off Their Latest Range Of Coolers At CES 2014 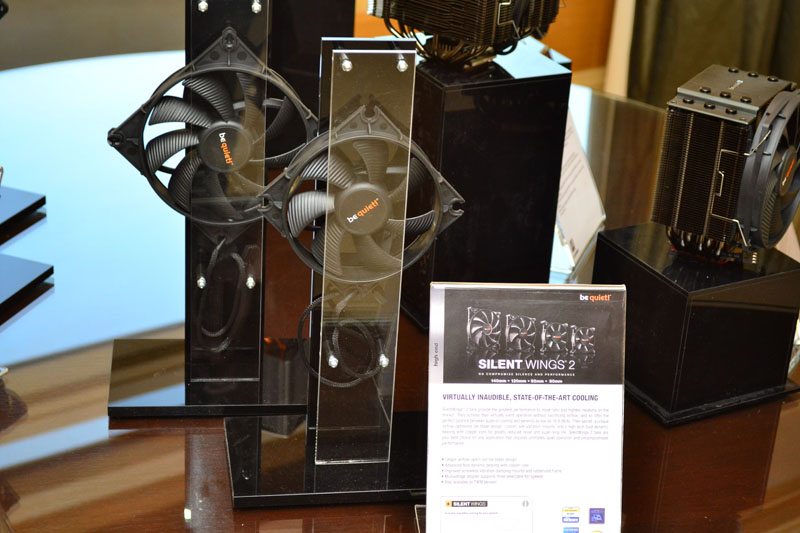 BeQuiet! are one of the hottest brands on the market, well known for their high performance and dedication to creating high quality, whisper quiet performance. On display at CES 2014 they’ve got several new models for 2014, including their new Silent Wings 2 and their Pure Wings 2 fans, which have been improved once again to offer better, and quieter performance. 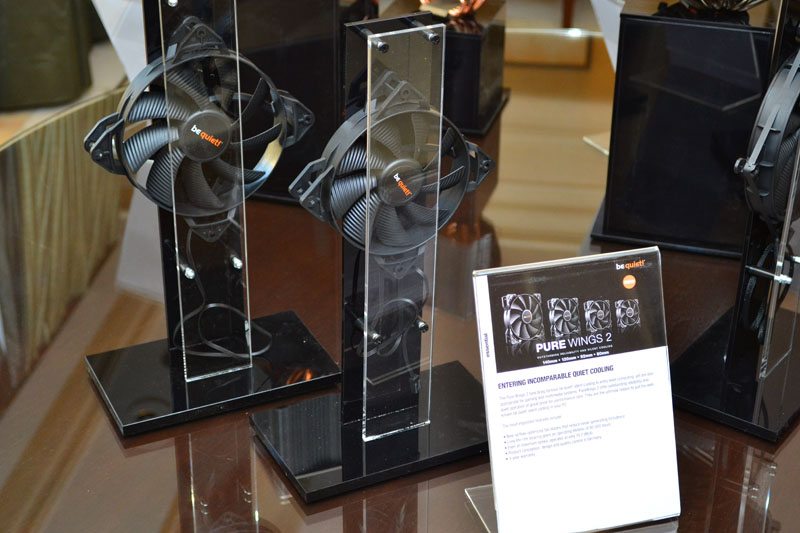 Two new low-to-mid budget solutions have been revealed too, the Shadow Rock Slim and the Shadow Rock 2, they don’t look as fancy as the all black fittings of other BeQuiet! CPU coolers, but BeQuiet! promise they’ll still offer great cooling performance and they still use the same high quality fans. 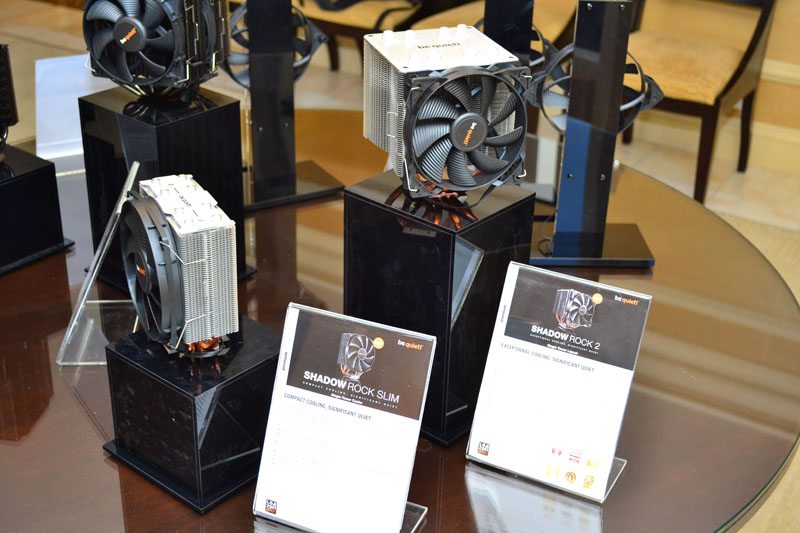 The Dark Rock 3 is a new premium model and comes fitted with six head pipes, 1 x 140mm fan and mounts to install another 140mm. 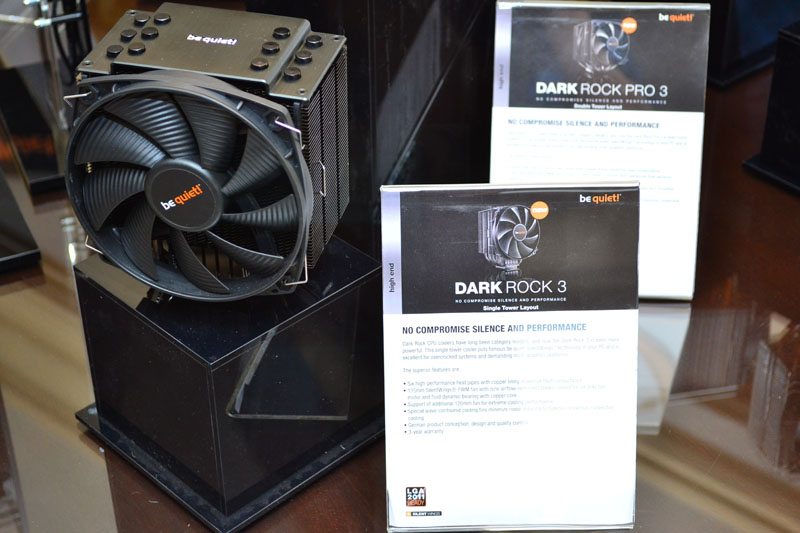 Want something truly epic? The check out their new Dark Rock Pro 3, this features a dual radiator design, 12 heat pipes, two pre-installed fans and room for a third fan should you really want to make things super cool. 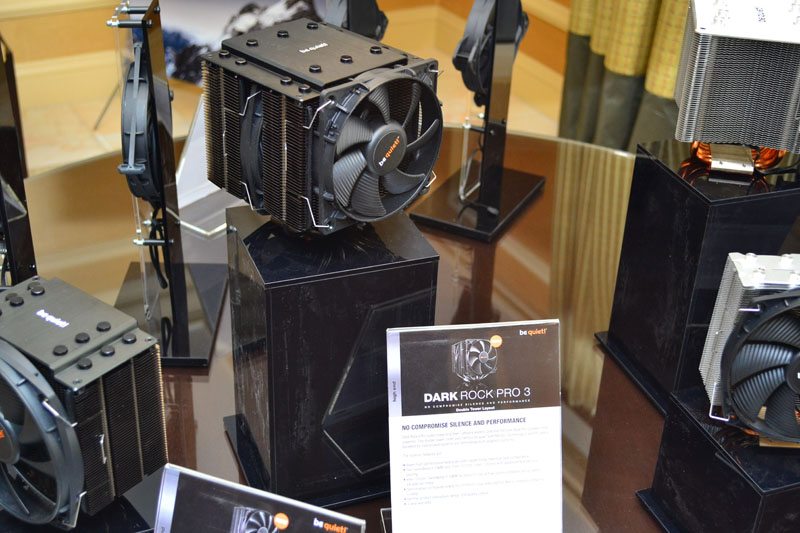 Thanks to user feedback, their coolers are now 3mm shorter, but BeQuiet has gone to great length to ensure that there is as much surface area as possible, adding little indentations to each fin of the radiator and making the cooler a little wider. 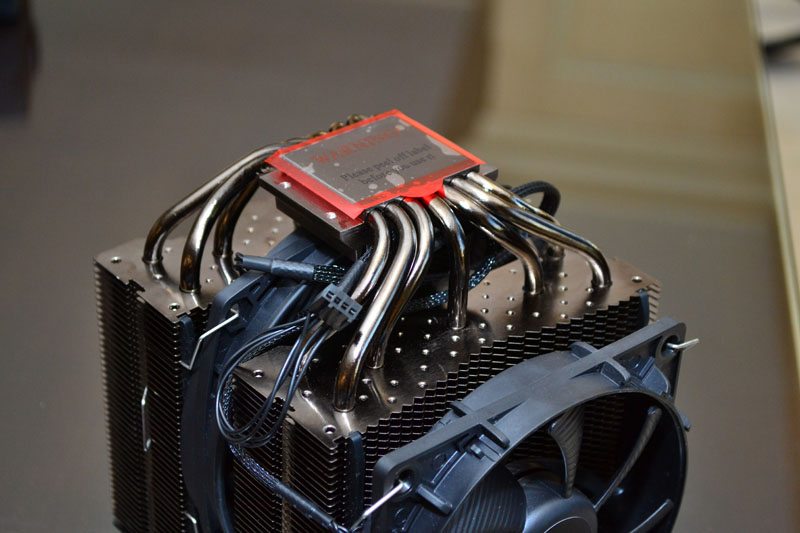 We really can’t wait to put the performance of these new fans and coolers to the test, and I’m happy to say we already have the Dark Rock Pro 3 in the office already, so expect a full review as soon as possible.