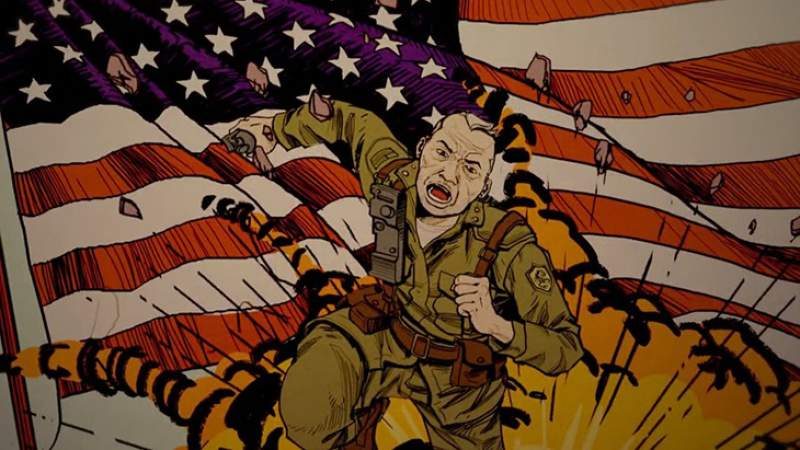 Bethesda has outlined the post-launch DLC roadmap for Wolfenstein II: The New Colossus in a recent blog post. This would allow the company to keep the momentum going for the title. Especially with such a crowded gaming market closer to the holiday season.

The company is revealing four different DLC packs, releasing one for each month starting November. Bethesda is collecting these under “The Freedom Chronicles” banner season pass. Which is available now for $24.99 in the US, or £17.99 in the UK. 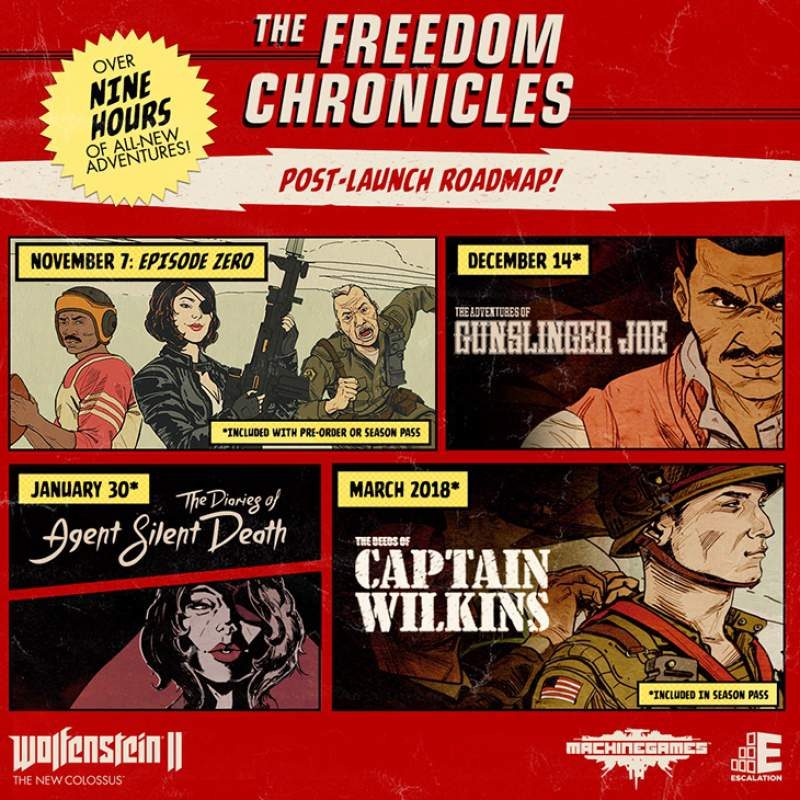 Fans are already familiar with the episode zero DLC. In fact, it is included in the pre-order. Episode Zero introduces you to Joseph Stallion, and Jessica Valiant, together with Gerald Wilkins. Naturally, they fight for freedom in the American Territories.

The next one for December 14 release is The Adventures of Gunslinger Joe. It features former professional quarterback Joseph Stallion smashing through Nazi hordes. Players start their adventure from the ruins of Chicago. However, you have to eventually take the fight to the vastness of space.

On January 30, fans can expect the The Diaries of Agent Silent Death. Assassin Jessica Valiant infiltrates Nazi bunkers in California. However, she accidentally discovers the secrets of Operation San Andreas.

The fourth DLC is The Amazing Deeds of Captain Wilkins landing on March 2018. It follows US Army’s renowned hero Captain Gerald Wilkins embarking on a mission to Nazi-controlled Alaska to dismantle Operation Black Sun.

Altogether, the Freedom Chronicles should give fans plenty of adventure up until early next year.