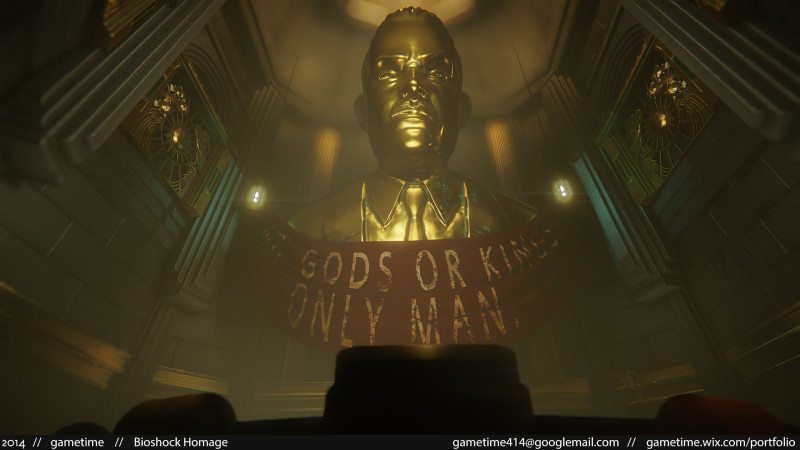 A talented 3D artist known by the pseudonym Game time has recreated the opening to Irrational Games’ FPS classic BioShock in Crytek’s CryEngine 3.

BioShock, first released in 2007 for PC and Xbox 360, later appearing on PlayStation 3, OS X, and iOS, was built upon a modified version of the Unreal Engine 2.5. The CryEngine, used to develop games such as State of Decay, Crysis 2 and 3, and the forthcoming Star Citizen, offers Game time’s BioShock recreation a significant graphical upgrade. 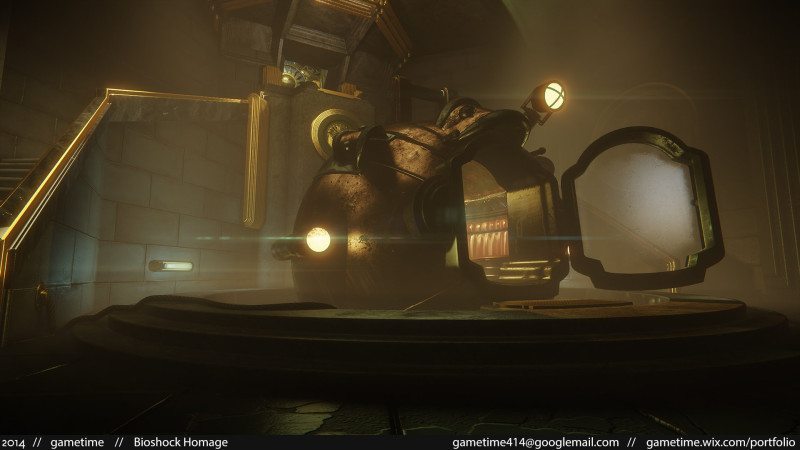 On the project’s Art Station page, Game time said “I loved working on this project, because it forced me to push myself further, having to learn Zbrush for the sculptures and becoming more involved with CryEngine’s Trackview, Flowgraph and audio systems. I would like to further push this scene in the future by involving the player into the animations and extend the scene to Rapture itself.”