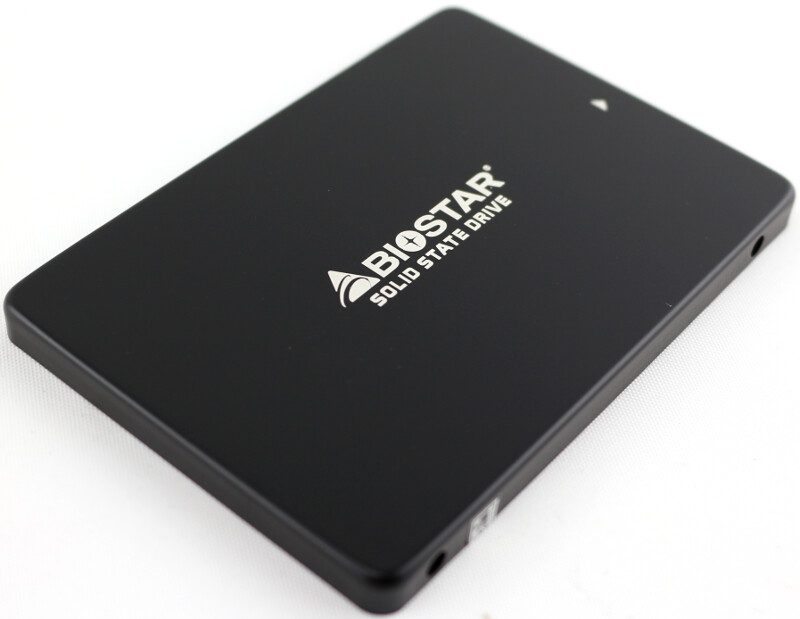 Biostar is mostly known for their motherboards and graphics cards and recently they started a new venture into the storage market. Today I’m taking a closer look at the brand new G300 series solid state drive and will put it through the paces in our test lab.

While most news around the fast solid state storage market surrounds the NVMe drives, there’s still only a small market for these kinds of drives. The main market is still the SATA3 based drives, so it is a logical place for Biostar to start and the G300 looks like a solid drive – no pun intended. 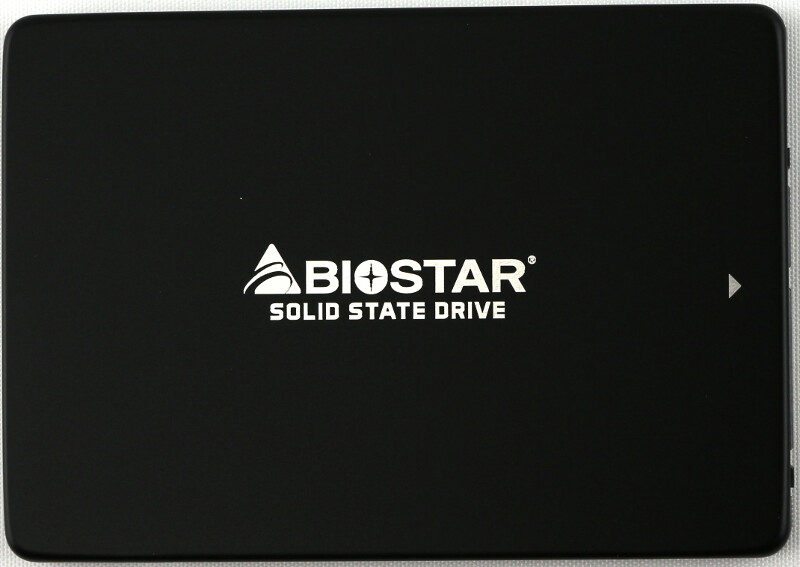 The G300 series solid state drives come in three capacity sizes ranging from 120GB over the 240GB model that I am testing today and onto the larger 480GB capacity model. The drive itself is based around the Silicon Motion SMI2256 controller and it is paired with 1MB cache per 1GB capacity, not counting over provisioning. That means that this 240GB drive comes with 256MB cache. 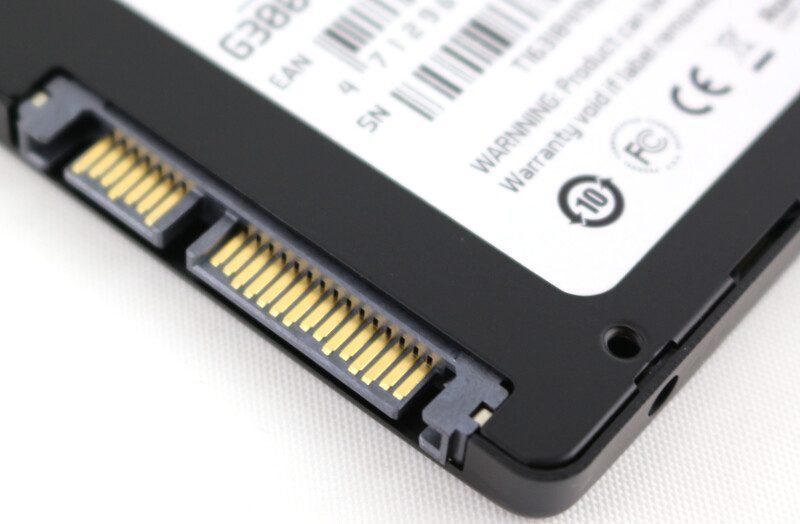 Performance wise, the Biostar G300 seems like a good drive with its 550MB/s read and 480MB/s write speed ratings. While this isn’t anything spectacular, they are figures that should ensure speedy boot times as well as quick access to your games and apps. 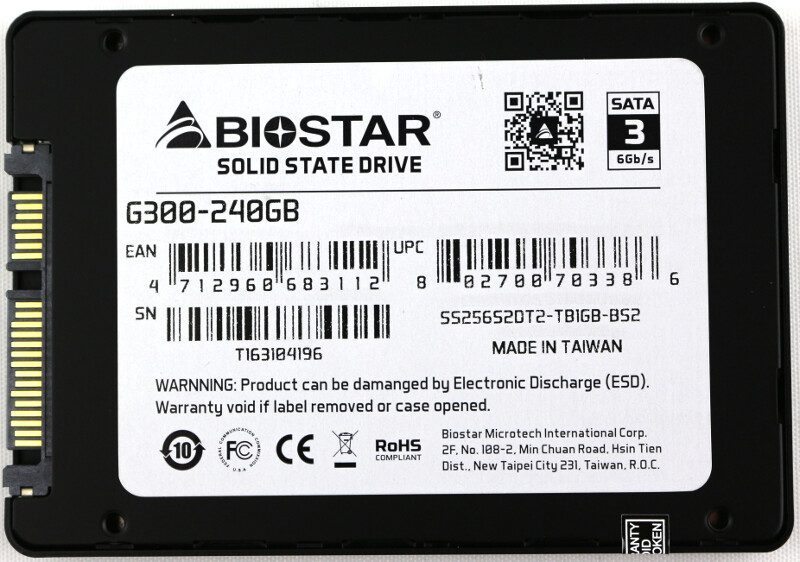 On the outside, the G300 is a simplistic designed black drive housed in an aluminium enclosure which is something that should help the drive stay cool in hotter environments and thereby keep up its performance without thermal throttling. Inside it features a 6-layered PCB which again helps the drive to perform optimally in harsher environments. There is no need to worry about your drive throttling just because you run long gaming session with a possible hot system.

Besides the above mentioned, Biostar also added four power management chips from Texas Instruments that should provide the drive with a longer lifetime and durability as well as reliability. The last thing is not something that we have seen many times before and as such is one that sets this drive apart from the masses of SATA3 drives out there. The drive is also backed by a 3-year warranty. 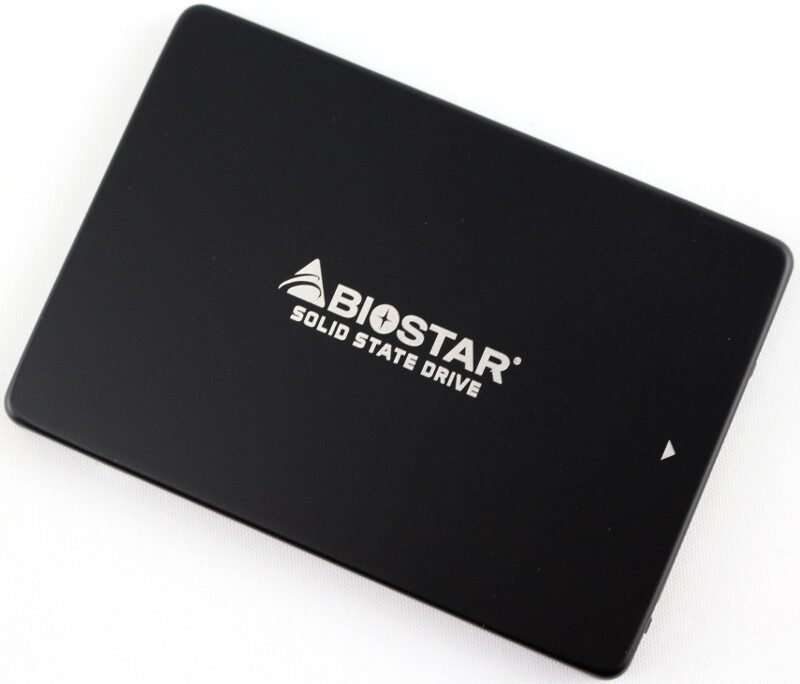 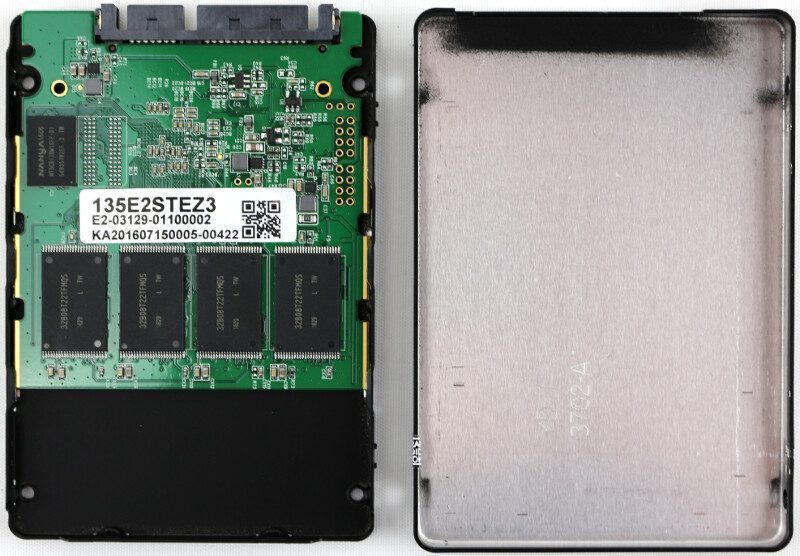 Removing the PCB from the enclosure reveals the controller used next to four more NAND chips on the other side. Now we also know what controller is being used, despite it not being mentioned on the specs charts: The Silicon Motion SM2256. 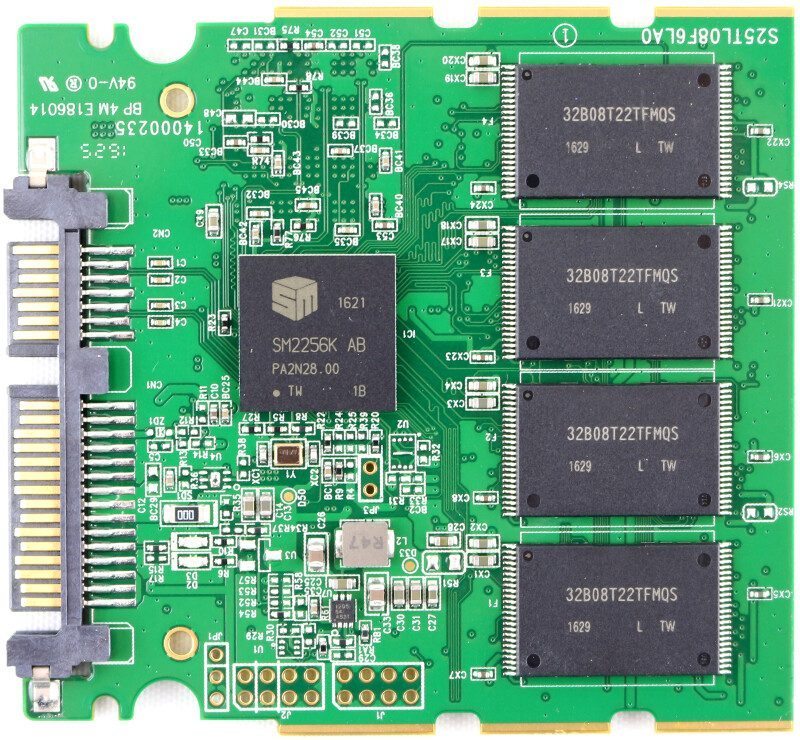 The Biostar G300 SSD comes in a beautiful retail packaging with a glossy design that makes it difficult to photograph, as you can see. The front features all the relevant basic information as well as a picture of how the drive looks. 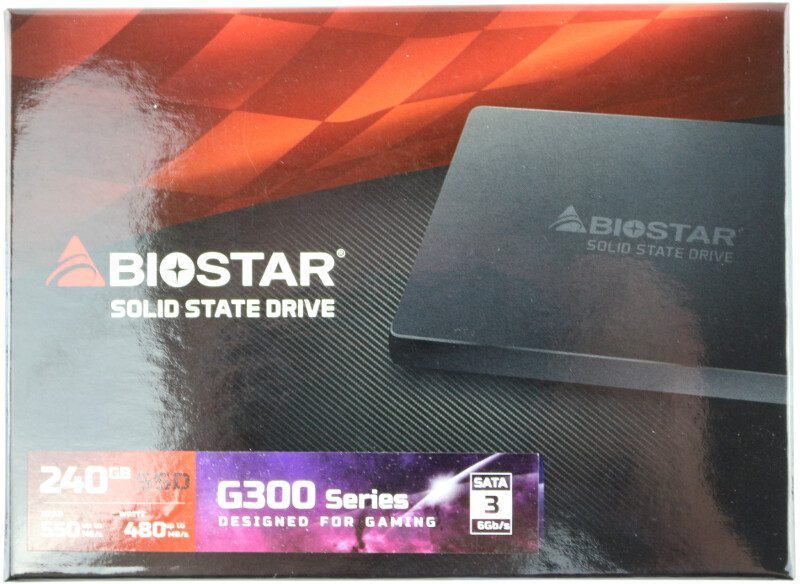 The rear of the box features some more detail specifications. 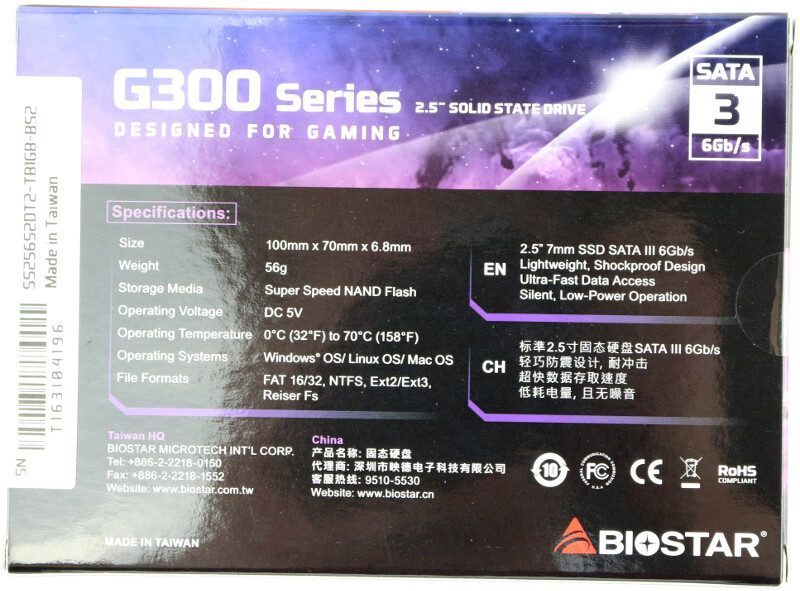 Inside the box is only a small quick installation manual and the drive itself. 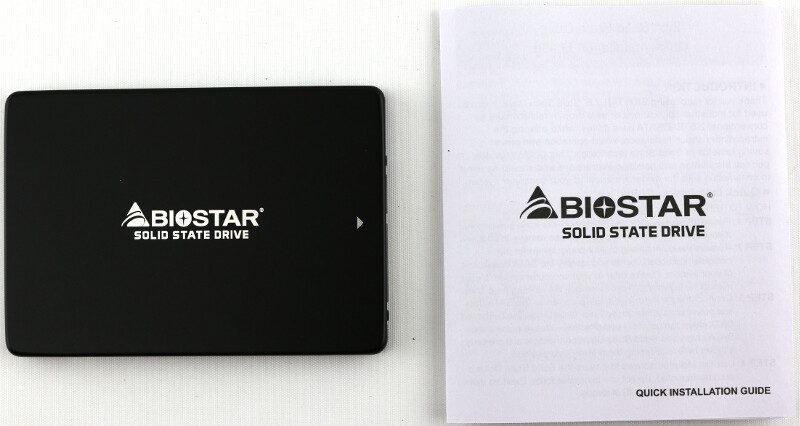