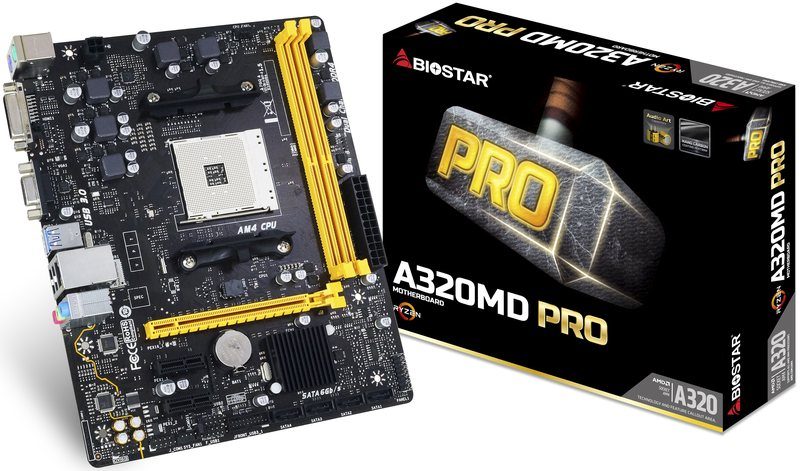 BIOSTAR introduced their newest addition to its AM4 product line-up and debut their 2nd generation of BIOSTAR PRO motherboards. The new release contains two different motherboards that are nearly identical, the A320MD PRO (first 3 images) and the A320MH PRO (last 3 images)

The new BIOSTAR A320 PRO series comes with new and improved features that focus on reliability, stability, and top-of-the-line performance. The A320 chipset supports AMD’s new Ryzen CPUs as well as the upcoming APUs for the AM4 socket. Memory wise, you can run dual-channel DDR4 memory with up to 2667 MHz and 32GB capacity (2x 16GB). 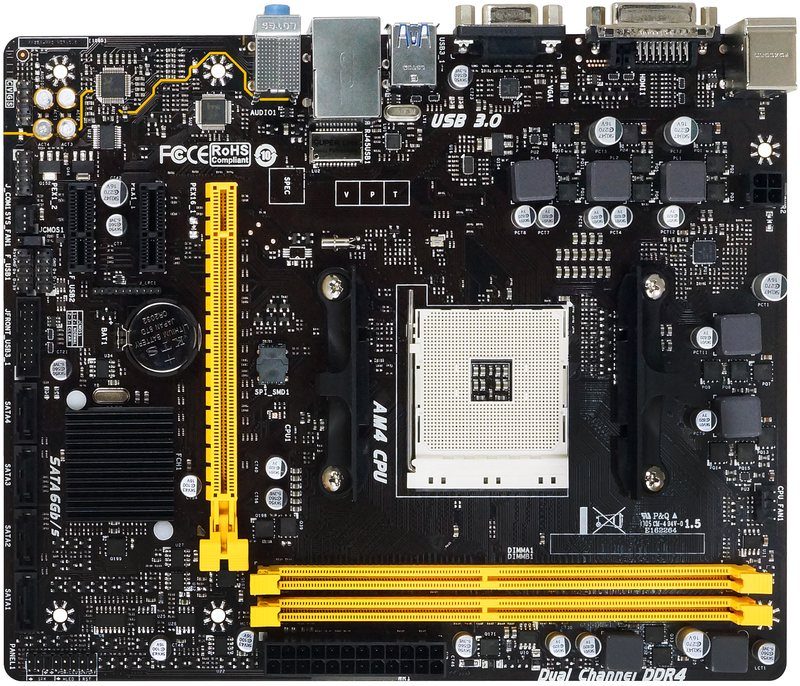 The 2nd generation BIOSTAR PRO motherboards come with some fancy named features such as Nano Carbon Coating Heatsink, Audio Art Capacitors, and Iron Heart protection. But there are some great features behind these names. The

Nano Carbon Coating Heatsink is an exclusive feature for this motherboard generation and it improves the overall cooling effect compared to a traditional aluminium-extruded heatsink. Mesoporous carbon material expands the heat dissipation area and increases heat conductivity efficiently better than traditional heatsinks. The Audio Art Capacitors are high-end Japanese Nichicon audio capacitors for a clear and joyful audio experience. They also come with Tough Power Enhanced which is a high-endurance power design that can endure high–current with consistent full energy output. The Iron Heart Protection is a reinforced CPU backplate that protects the PRO series motherboards from bending and stress caused by heavy CPU coolers. The difference between the two boards is in the monitor support. The MH board has an HDMI connector with support for up to 4K resolutions as well as a legacy D-Sub VGA port. The MD board has the same D-Sub connector, but a DVI-D connector instead of the HDMI. 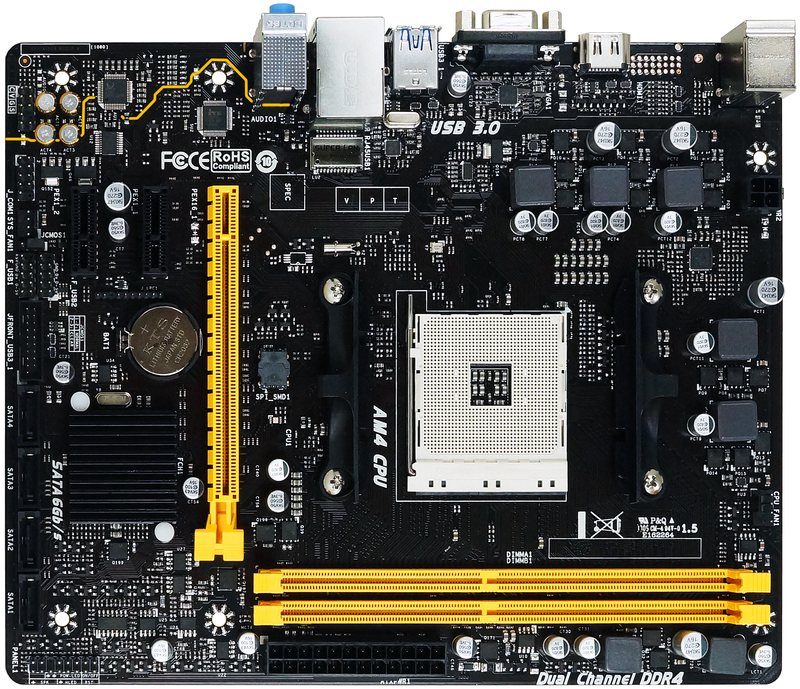 BIOSTAR didn’t reveal the pricing nor availability at this time. 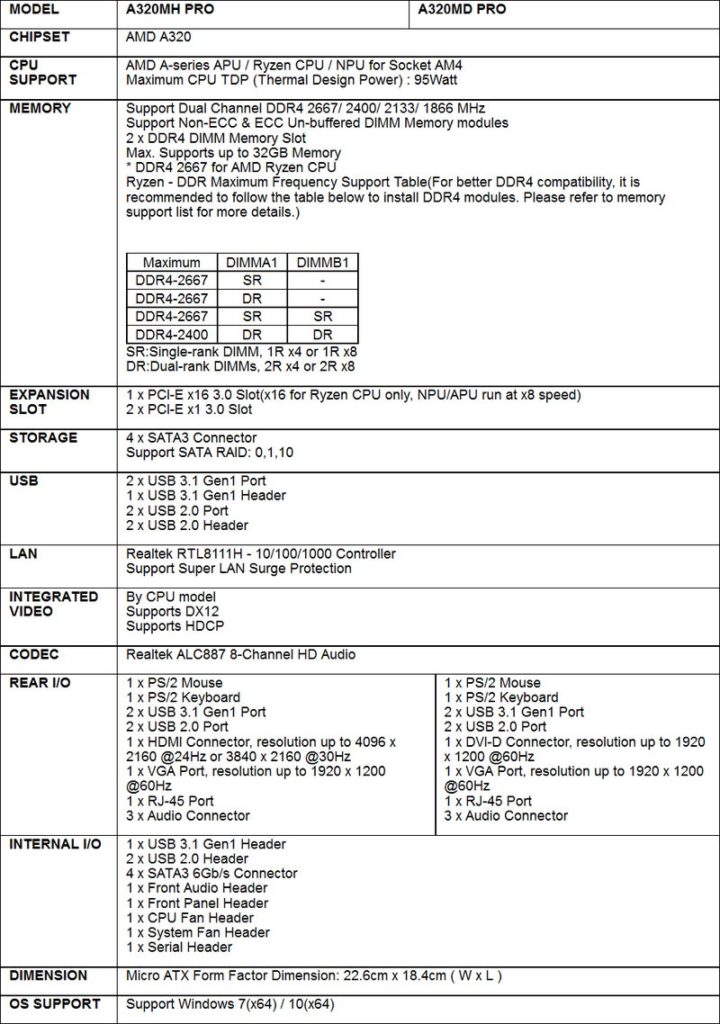