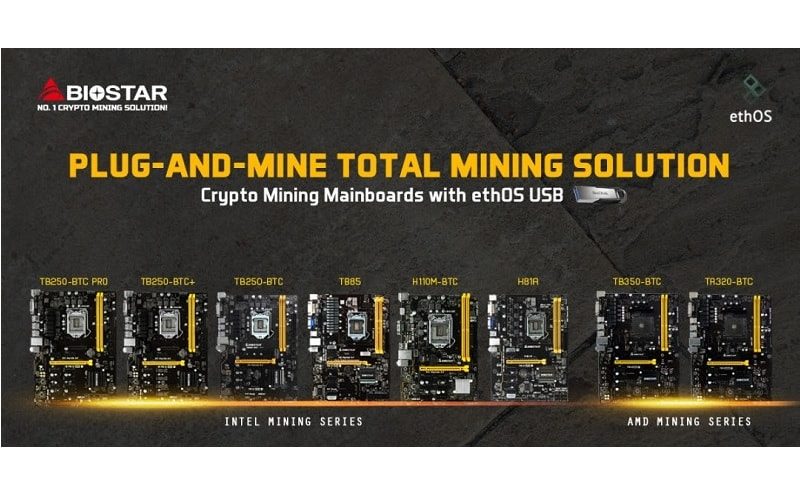 Biostar is riding that cryptocurrency mining trend all the way to the bank. Indeed, the Taiwanese company is launching a new crypto ‘Plug and Mine’ solution. To that end, Biostar is partnering with ethOS, the OS which mines Ethereum out-of-the-box. The ethOS operating system can also mine ZCash and Monero, plus other GPU-minable coins. So, what makes this Plug and Mine? Specifically, Biostar is putting ethOS on a USB flash drive.

The ethOS Mining System is one of the most straight-forward operating systems for mining ZCash, Monero, Ethereum and other GPU-minable coins. The setup is simple Plug-and-Mine, without needing a SSD. When paired with BIOSTAR mining boards, building a heavy yet stable mining rig of up to 12 GPUs can be done with ease. These have been tried and tested by both BIOSTAR and ethOS. Watch the video installation guide for easy setup:

Biostar Plug and Mine Availability