BitFenix is one of the coolest names in the chassis industry. Sure they’ve been making great chassis’ for many years, but a couple of years ago they shot to legendary status with the launch of their ever-popular BitFenix Prodigy Mini-ITX chassis. The Prodigy really sparked new life into the mini-ITX chassis market and since then we’ve seen a wave of impressive new cube style chassis from a wide range of manufacturers. BitFenix have launched several mini-ITX and Micro-ATX chassis based around the original Prodigy design over the last couple of years, as a quick recap, here are our reviews for each of them;

They’re all fairly similar products and many borrow components from each other, with only a few minor interior tweaks between each model; such as new exterior panels. The two chassis I have at my disposal today are no exception. There’s been a few minor changes to the interior and of course we’ve got the new exterior panels that offer aesthetics similar to the original Colossus full-tower.

At my disposal today I have not one, but two Colossus chassis, the mini-ITX and the Micro ATX variants. They’re both almost identical from the exterior view, but they are very different chassis on the interior; so let’s get right to it and see what each of these new chassis has to offer. 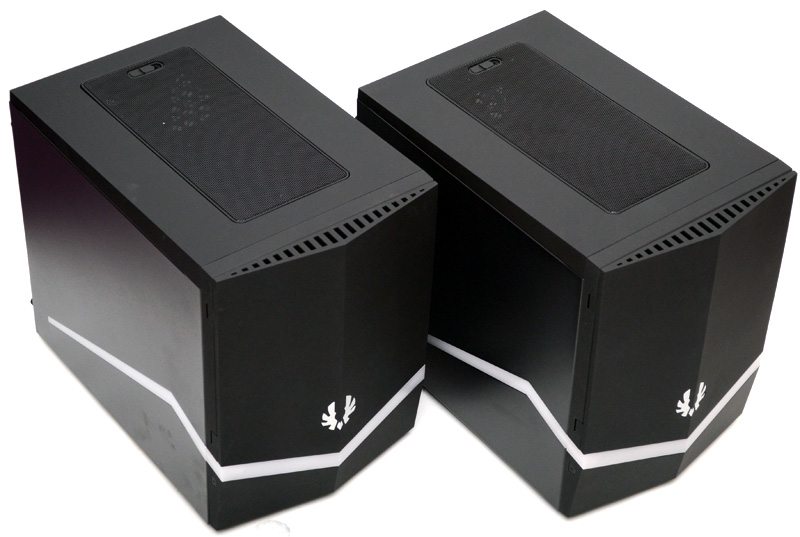