The BitFenix Prodigy has been riding a wave of popularity for quite some time now, proving a popular choice for system builders, case modders, LAN gamers, HTPC user and more. Mixing an affordable price tag, unique styling and great component compatibility we’re all big selling points for the chassis and it is something that BitFenix look eager to continue.

The new model, the Prodigy M, is the answer to one question that has inundated BitFenix since the launch of the prodigy, “when will you make an mATX edition?”. Gamers flocked to the biggest little case in town to build their LAN gaming rigs, but ran into issues when they could only cram a single GPU in there. Given SLI / Crossfire is a pretty huge deal these days, BitFenix had only one option, give the fans what they wanted.

Not only have BitFenix kept the chassis at a similar price point to the original launch, but they’ve also kept it looking almost identical on the exterior! So fans on the Prodigy can hopefully upgrade to the new model and enjoy a larger motherboard, more expansion cards and still keep the exterior dimensions within the same space.

The box is pretty standard stuff, a large logo and the product name on one side. 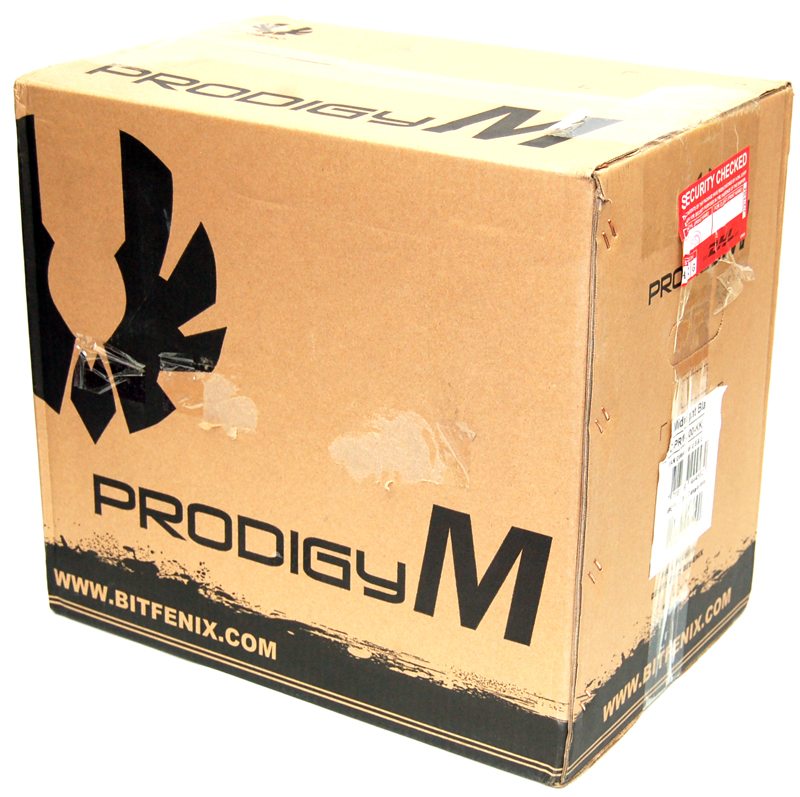 Around the back we have a few high contrast images that detail the major features such as the FyberFlex handles, SofTouch surface treatment and 5 x expansion slots. 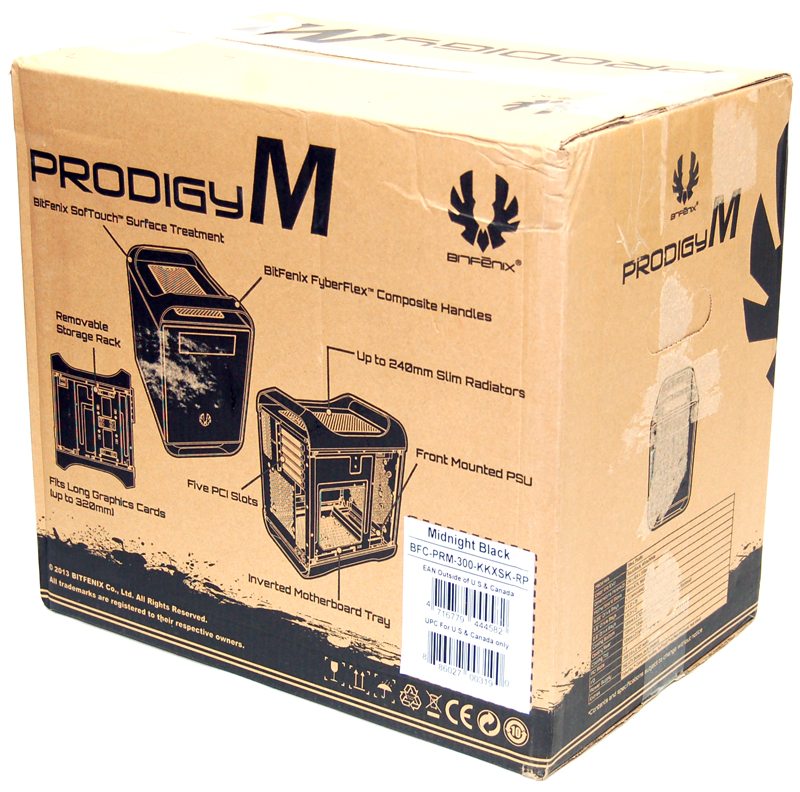 In the box I found a simple to use installation manual, cable ties, USB 3.0 to 2.0 converter and a wide selection of black screws and rubber washers for mounting all of your components. 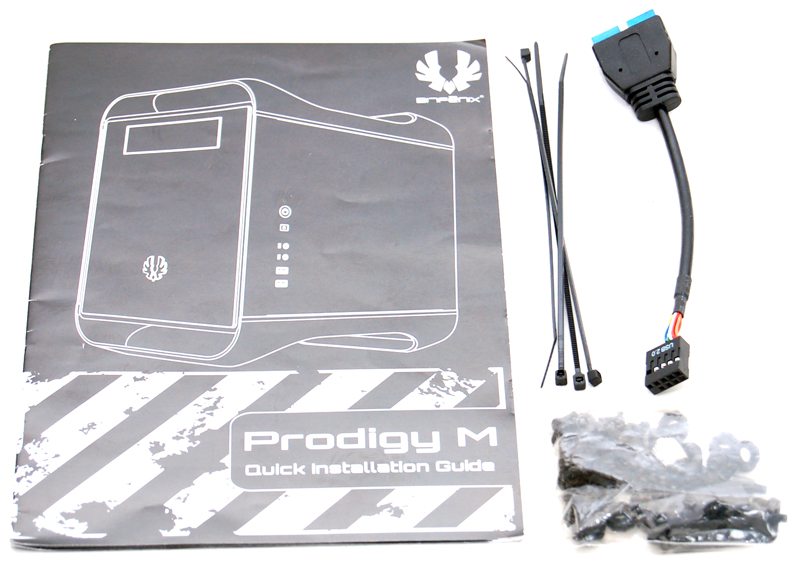